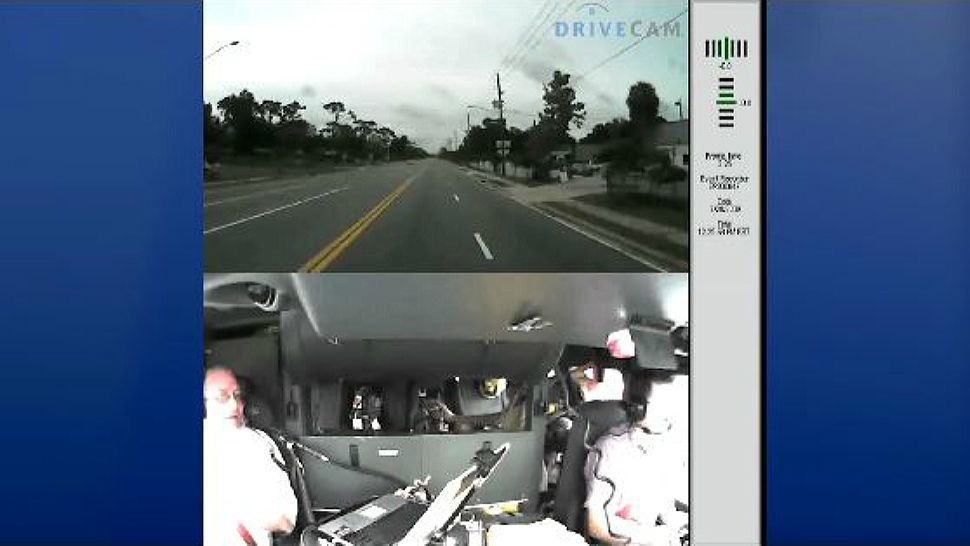 Officials: DriveCams Save Orange County Half a Million Dollars Annually

ORANGE COUNTY, Fla. — Because Orange County invested $2.2 million to install DriveCams in and on county vehicles in 2017, there has been a decrease of crashes, it stated.

The hope was to change driving behaviors and improve accident accountability.

The government of Orange County reported that in the 2006 to 2007 fiscal year there were 363 crashes, but now that number is less than 100.

"I think probably our two biggest behaviors is following too closely as well as not coming to complete stops at stop signs or signals," said John Petrelli, the Risk Manager and Professional Standards director for Orange County.

Dash cameras, or DriveCams as the county is calling them, track where drivers go and save audio and video from outside and inside each vehicle.

"The cameras start recording when a vehicle brakes hard, swerves or has a collision," he continued.

Eight seconds of data is saved before and four seconds after an event occurs.

Petrelli said "it just makes it so much easier from an accident reconstruction standpoint, I know exactly what took place."

Orange County stated that the DriveCams have paid for themselves in two years as they are instrumental in determining what causes crashes and saving in litigation and insurance claims.

Each year, the cameras are averaging an annual saving of half a million dollars. And with the number of crashes in the last three years, that is $1.3 million of hard savings, stated the county.

"I am tasked with saving tax payer dollars, and the less money we pay out in auto accidents, the more money we have for other things," said Petrelli.

The DriveCams are not on all of the county vehicles, just more than half of the 2,200 fleet vehicles.

The County stated it tried to install them on vehicles that travel more than 5,000 miles a year.