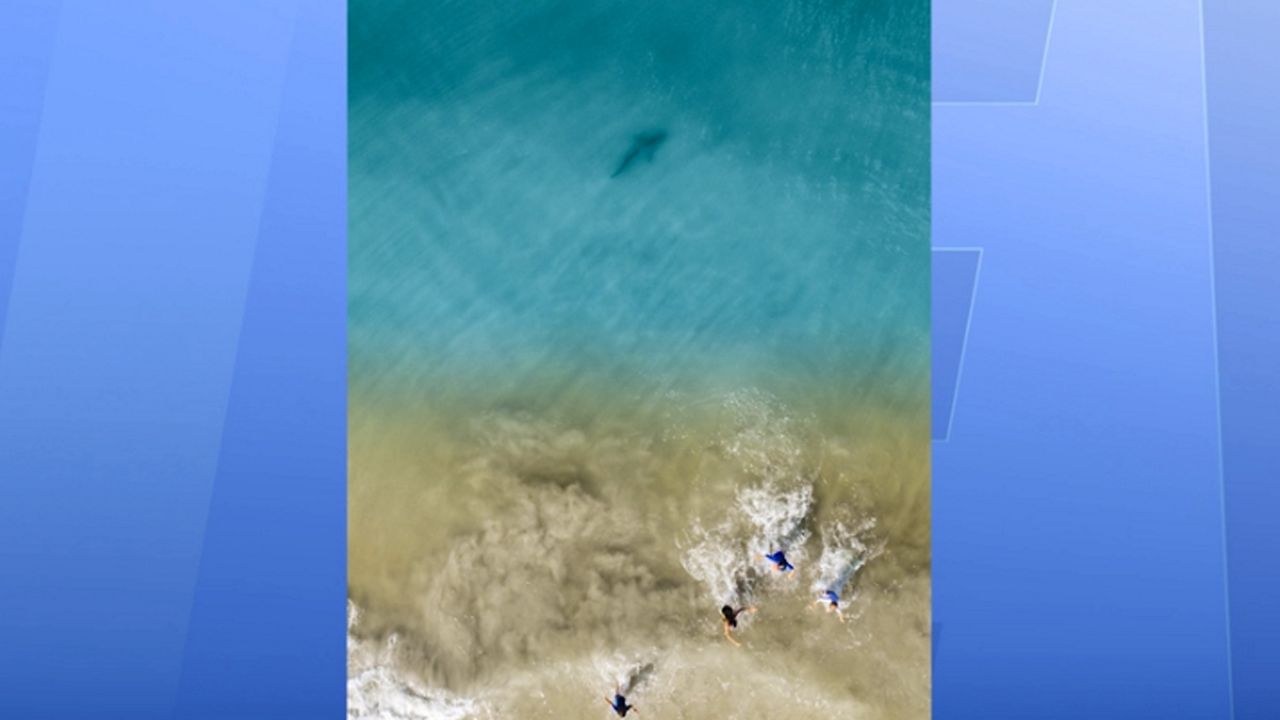 Dan Watson, a professional photographer, was practicing taking pictures with his drone camera when he took a photo of a shark approaching his family. (Courtesy of Dan Watson)

LAKE COUNTY, Fla. — A Central Florida family is taking a little time away from the beach after a drone camera snapped pictures of a shark swimming toward them in the ocean.

Dan Watson is a professional photographer and was practicing taking pictures with his drone camera while his family swam in the ocean at New Smyrna Beach.

"As soon as I took it out over their heads, that's when I started seeing shadows moving through the water," he recalled.

His wife Sally Watson and three kids swimming in knee-deep water. Dan said he started shouting to his wife to get herself and the kids out of the water.

In one photo, you can see the family hurry out of the water.

Wildlife experts say that there is still a risk of getting bitten by a shark, even when you're only in knee deep water.​​