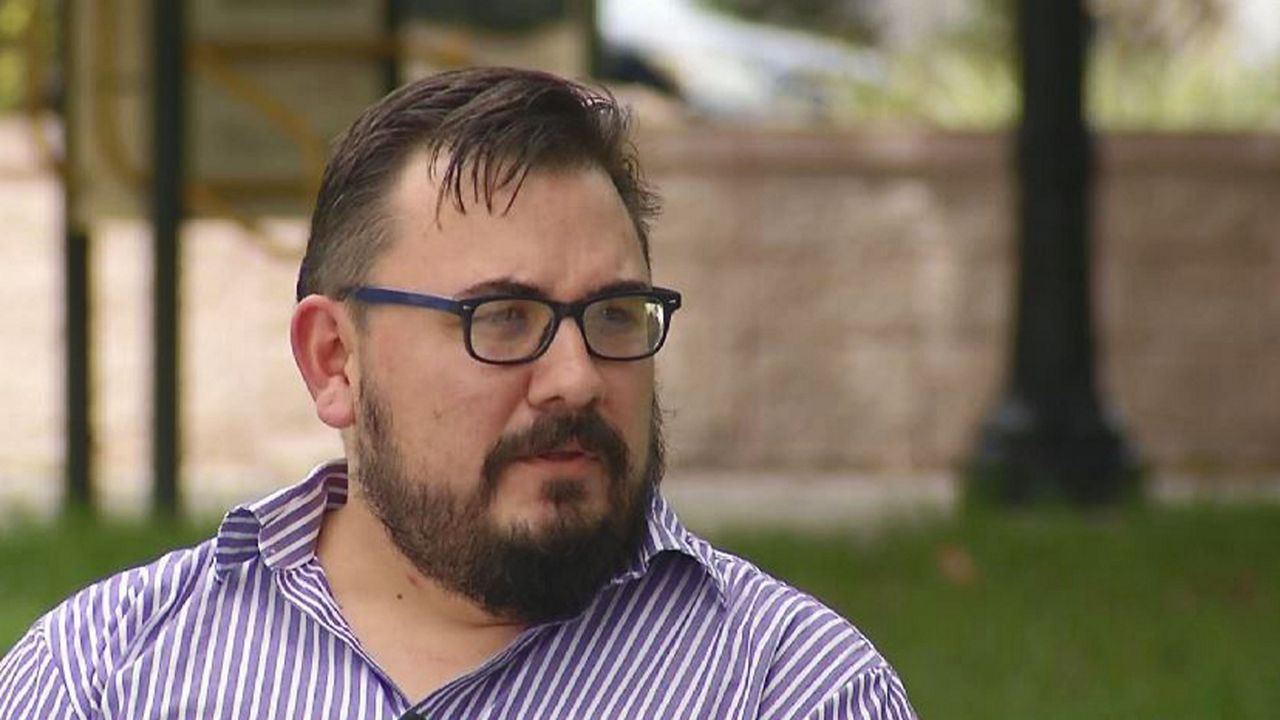 ORLANDO, Fla. — Having a say in the electoral process is not something everyone gets — or wants.

It certainly wasn't for Sean McGee during his decades as a Jehovah's Witness. The man said he was devout during his time as a JW, knocking on doors and attending annual conferences, spreading the word about the religion.

That all changed in 2015, as McGee, his wife and two children left the religion and moved from Texas to Clearwater, Florida.

“I left many family and friends behind. My parents no longer speak to me," he said.

Excommunication was tough, but McGee clung to his small family. Over time, McGee said that he started "enjoying his life," doing things like buying Walt Disney World annual passes and celebrating special occasions.

He also registered to vote for the first time.

As a dedicated Jehovah's Witness, the notion of voting had been unthinkable for McGee. Those in the religion are politically neutral and not into politics.

“If you do vote they consider it a disassociation offense, where you’re basically saying you’re not part of the religion anymore. You can lose your connection to the organization," he said.

According to the website for the organization, Jehovah's Witnesses base their political neutrality on Bible teachings, citing examples, like how Jesus took no political office and advocated a life not "part of the world."

They also said that although they don't take part in politics, Jehovah's Witnesses pride themselves on being good citizens.

But when McGee checked the box at the Department of Motor Vehicles and chose to be an Independent, he said it was a thrilling moment.

“It felt like spreading my wings. It was an incredible feeling of freedom," he said. “Maybe it’s just one little vote, but it’s my vote, and I think it’s really important."

“I realized that I cared and wanted to participate," said Linda Curtis, an author, speaker and another former Jehovah's Witness. “There’s a lot of power in declaring where you stand on things"

Curtis, too, left the religion in her 30s and voted for the first time. She explained how Jehovah's Witnesses view themselves as separate.

“They view it as I’m kind of this 'temporary resident in this land,' the U.S., or whatever. I worship God. My vote is for God’s kingdom," she said. “That kind of let me off the hook from worrying too much what was going on in my community or getting involved in politics."

Since deciding to leave the religion, Curtis wrote a book called, "Shunned," detailing her experiences as an unquestioning true believer, then the aftermath of leaving the religion.

“I’m delighted that I can have an opinion like that and speak about it freely in the communities I live in now," she said.

In 2016, McGee declared his support for one candidate, pulling the lever for Donald Trump. Though he grew disillusioned by the process and saw parallels around him to his former life.

“People were going nuts on social media about everything: 'Trump’s horrible, Hillary’s horrible.' You kind of don’t know as a first time voter, being 35, what am I getting myself into," he said. “On November 9, I saw people shunning their friends because of who they voted for."

Now, McGee said that he's come to terms and plans to focus on the impact of local elections.

“When it comes to the basics principles of life, liberty and the pursuit of happiness, that’s exactly what I’m doing when I vote," he said. "And what I did when I left the religion.”