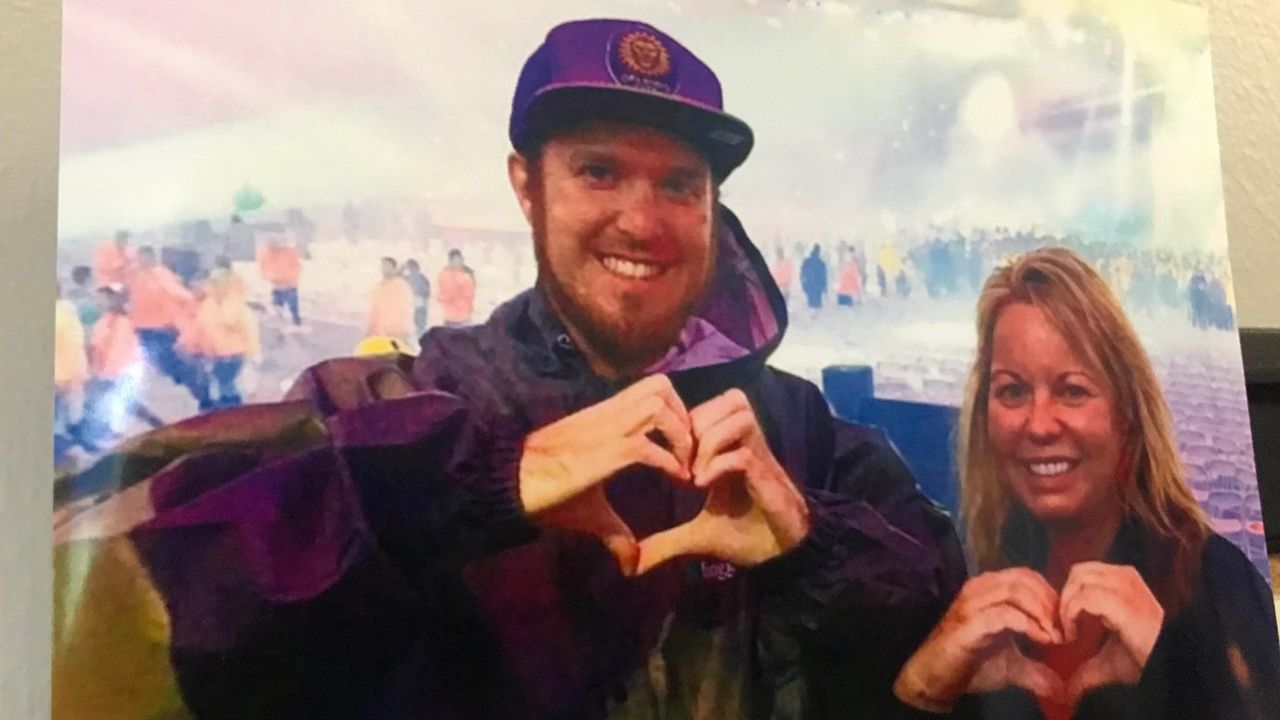 Spencer Pacheco (left), 28, was found dead in a car on June 5, 2019. He's another death in a sweeping drug epidemic across the nation. (Greg Pallone/Spectrum News 13)

Amid Epidemic, Another Melbourne Resident Dies from Suspected Overdose

BREVARD COUNTY, Fla. — Battling grief, a Brevard County mother who just lost her son to a suspected overdose wants others to learn from his mistakes.

It's the latest death in the drug epidemic sweeping the nation.

Bobbie Dyer said her final goodbyes to her only son Thursday.

June 5 was that terrible day — 28-year-old Spencer Pacheco was found dead in a car. He had overdosed.

"He had issues where he had tried different drugs, he had gotten clean and was doing better, doing really well for nine months," she said.

MOTHER MOURNS: grieving mom loses only child to drug overdose. Pleads with others not to go down the same path, in wake of drug epidemic sweeping the nation. Story at 5 pm @MyNews13 @Jon_Shaban #Brevard #Melbourne #Florida pic.twitter.com/KzUEld6y0f

The Sunday before, mother and son spent six hours together. It included dinner and positive conversation about where Spencer's life was headed.

"For the last three months he had been reaching out to me. I'm grateful for Sunday, we had a great day together," Dyer said.

A week and a half later, more than 100 family and friends gathered at Florida Tech's chapel for his memorial service.

Spencer's death was the fourth suspected overdose death in the first part of June in Melbourne.

Three other cases happened on June 1, June 2, and June 3.

"It's tragic and profound, and we treat it as such," said Commander Marc Claycomb with the Melbourne Police Department.

In 2018 there were 90 non-fatal ODs, and halfway through this year 40 have been reported.

"Things aren't changing for the better, so we need to take an initiative at every opportunity that we have," Claycomb said.

Spencer was an avid Orlando City soccer team fan, he fought for racial and gender equality, and he won't be forgotten.

But now, another mother is mourning her son's death.

"There is a lot of dead kids over the past two weeks in Melbourne," Dyer said. "It's really sad."

Dyer said her son was working at a local restaurant and planning on going back to school to get a history degree.

Due to this crisis, Melbourne's Police Chief is looking to an awareness program to present to high schoolers next year.