Crews work to tow a Cessna 182 out of Lake Maitland after it crashed into the water Wednesday. Two people were on board but did not survive. (Matt Fernandez/Spectrum News 13) 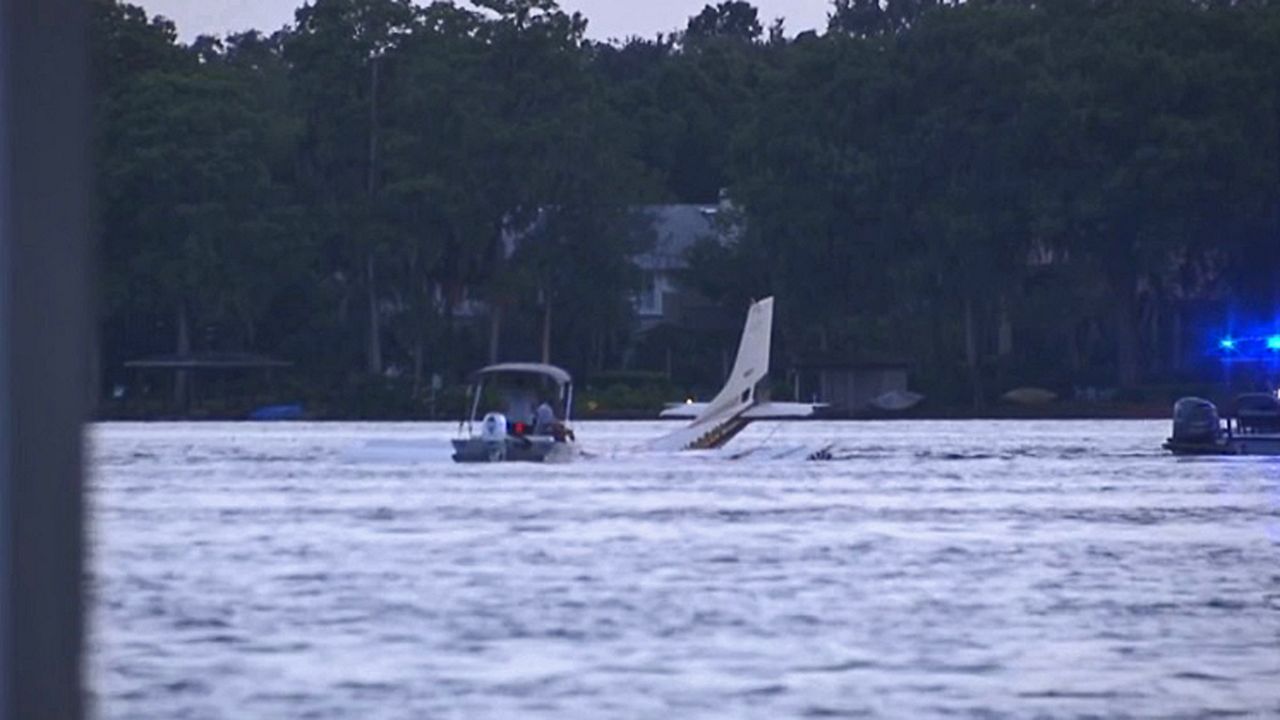 1 of 3
Crews work to tow a Cessna 182 out of Lake Maitland after it crashed into the water Wednesday. Two people were on board but did not survive. (Matt Fernandez/Spectrum News 13) 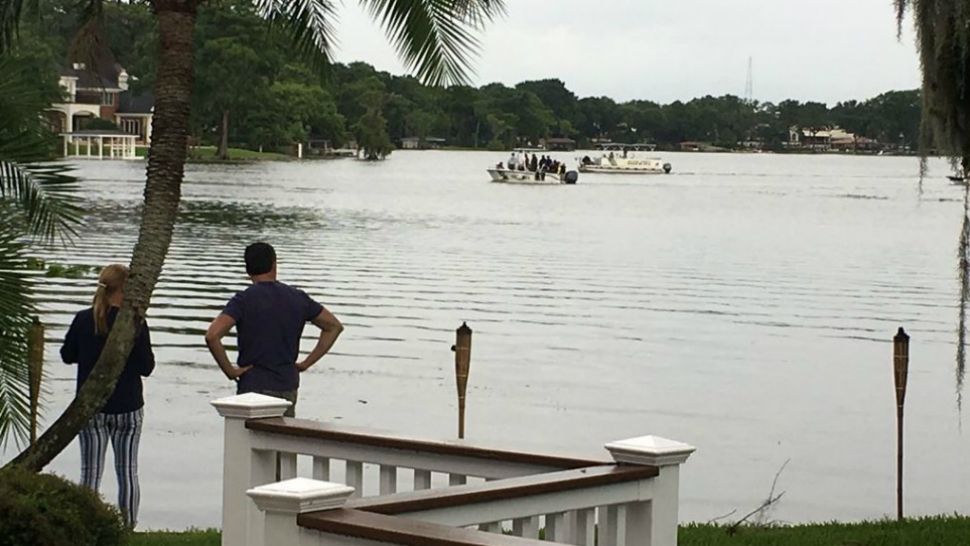 2 of 3
People watch as first responders conduct a search of Lake Maitland hours after a small plane crashed into the water Wednesday. The FAA said the plane took off from Orlando Executive Airport. (Asher Wildman/Spectrum News 13) 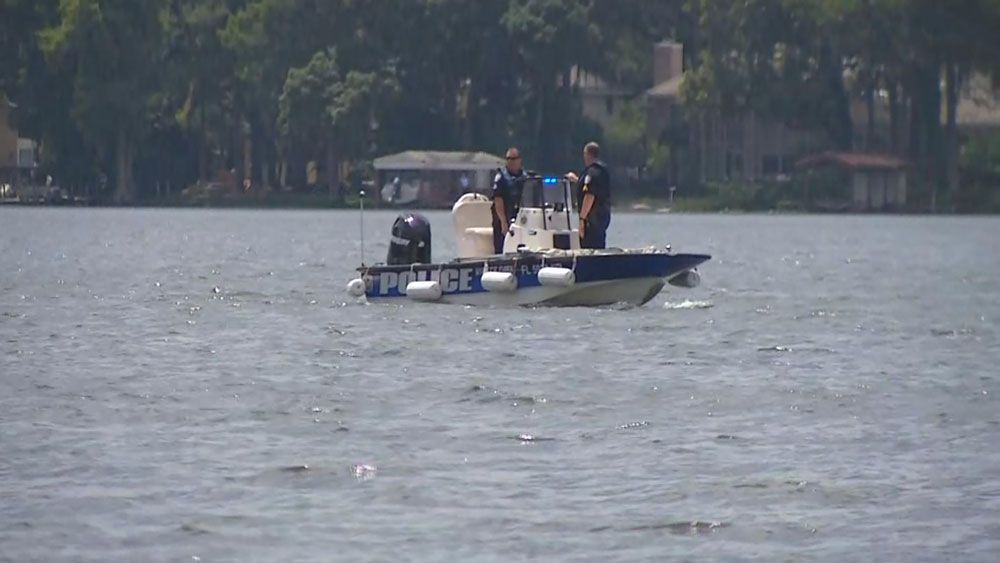 3 of 3
Police, fire crews, and a dive team search Lake Maitland on Wednesday after receiving reports of a plane down in the lake. (Mike Wash/Spectrum News 13)

MAITLAND, Fla. — Crews have recovered two bodies and a small plane that took off from Orlando Executive Airport and crashed into Lake Maitland.

Fire, rescue, and dive crews are at the lake. Investigators say a pilot and passenger were on board the plane, and that both bodies have been recovered from the water.

NTSB investigating June 12 accident involving a Cessna 182 that crashed in lake, Maitland, FL. Investigator will travel to accident scene once aircraft has been
recovered.

Authorities working out of a boat ramp on the 800 block of South Orlando Avenue, Maitland. First responders in boats can be seen from Whitecaps Circle, which is on the north side of Lake Maitland.

Maitland Police Department in a tweet said Fort Maitland Park will be closed until authorities recover the plane from the water.

The Cessna 182 crashed at about 11 a.m. and was en route to Massey Ranch Airpark in Edgewater, the Federal Aviation Administration said. Authorities say the plane came from South Carolina.

A "low fuel” report was broadcast just before the plane went down.

WATCH: Now at noon, here's what we know about our developing story out of Maitland.
➡ Aircraft reportedly down on Lake Maitland
➡ Maitland Fire and Orange County Fire crews on the water with dive teams.
➡ What else we know: https://t.co/y9xePYlYCp pic.twitter.com/uGtslTEJ6Y

Divers searched the murky water for four hours when they finally found the plane and recovered the bodies of the men.

“Their next process will be to would be to remove the plane from the water. And then NTSB will take possession of that and conduct their investigation from this point," said Lt. Louis Grindle.

Just spoke to a homeowner who said the plane that crashed into Lake Maitland hit the top of his trees before going in the lake. He thought it was going to crash into the house on the other side of the lake. @MyNews13 pic.twitter.com/RUyMNxrI8e

Fisher Omans was out on the water in his own boat when the plane crashed. He was one of the first people to try and help and says he saw someone trying to make it to stay above the surface.

"By the time the man in the other boat was able to jump in the water and try to grab him, he was already sunk down. If I had to put a time on it, it was one and a half, two seconds," Omans said.

Mike Magaldino lives on the water and saw the plane crash.

“As soon as it hit, I started running for my boat keys, and I would go see if he is alright, but it started going down really fast. Two small boats went on the scene. I saw a guy dive in -- he said he saw the body but couldn’t recover it," Magaldino recalled.

WATCH: Crews are working to tow out of Lake Maitland a plane that crashed into the body of water Wednesday morning. This afternoon, authorities recovered the bodies of two people who were on board the plane. An investigation is underway: https://t.co/y9xePYlYCp pic.twitter.com/tKM7kd8OLM

Massey Ranch Airpark, a coastal fly-in community in southeast Volusia County, has been a public licensed airport since 1957. It has a 4,360-foot-long, 60-foot-wide lighted and paved runway. Residential properties are clustered along the east side of the development. Commercial and industrial properties are on the west side. All properties have taxiway access.

Lake Maitland spans 449 acres, according to Orange County's water atlas, and is more than 24 feet deep at its deepest point.

The FAA will investigate the crash, and the National Transportation Safety Board will determine the cause, the FAA said.

Spectrum News 13 has news crews at the scene — this story will be updated as we gather more information on this developing story.