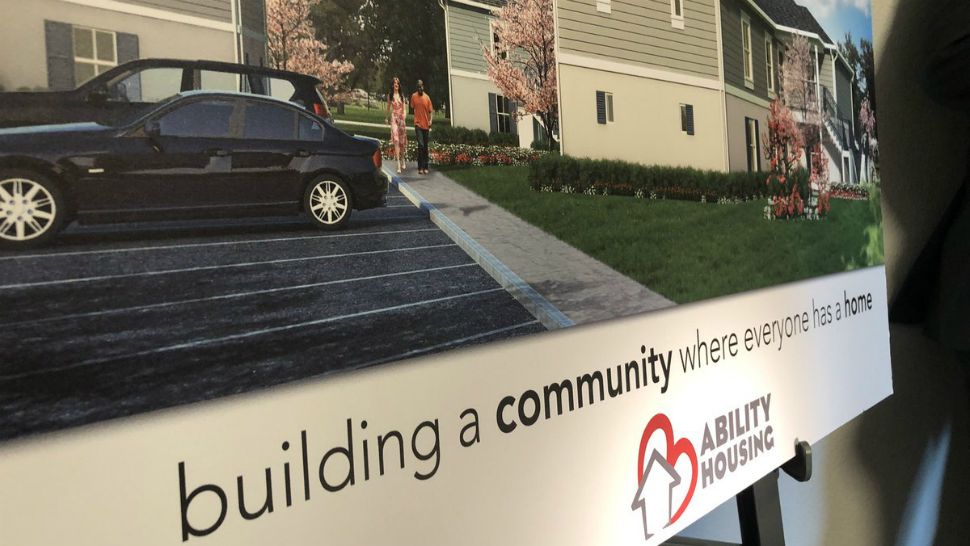 The Wayne Densch Center will be renovated and expanded with 77 more units. (Eric Mock/Spectrum News 13)

ORANGE COUNTY, Fla. — In the midst of an affordable housing crisis, Orange County leaders are celebrating the renovation and expansion of affordable apartments.

Many of the units at the Wayne Densch Center are literally falling apart. But it’s getting a makeover, and Scott Byrd couldn’t be happier.

"I love it here. It’s quiet. Nobody bothers you. (It's) real nice and quiet, and people help you," Byrd said.

Before coming here, he was homeless for three years, living on the streets of Orlando.

"I had a house, but I couldn’t pay the taxes, so they took my house from me, so then I went homeless," Byrd said.

Now, he has a new renovated space to live in at the Wayne Densch Center, which is also wheelchair-accessible. It's thanks to a partnership between multiple private and public agencies.

Ann Reinert is with JP Morgan Chase and also serves on the Orange County mayor’s Housing For All Task Force.

She told Spectrum News 13 how these agencies partnered to get this project off the ground. Her company provided a grant to bring Ability Housing, a nonprofit developer, to Orange County from Jacksonville. Then, with money from the county, they were able to start renovating the dilapidated units.

"Orange County provided about $2 million of investment to help with the renovation of the property," Orange County Mayor Jerry Demings said.

But it’s just a drop in the bucket of what Central Florida needs.

"We need to scale this. It’s not enough. We need thousands of units we need to work on," Reinert said.

She adds that the 77 units are already accounted for, and there are still many families who need this type of housing, including many who are homeless.

"We have a very clear chronic population that we're working toward, and there's the invisible homeless or not seen, and that's families with children, so thousands and thousands across Central Florida," Reinert said.

Reinert said it’s going to take many more partnerships and developers, such as Ability Housing, to get the amount of affordable housing to what is needed in Orange County.

Demings said the county is always looking for more developers and companies to partner with to build this type of housing.