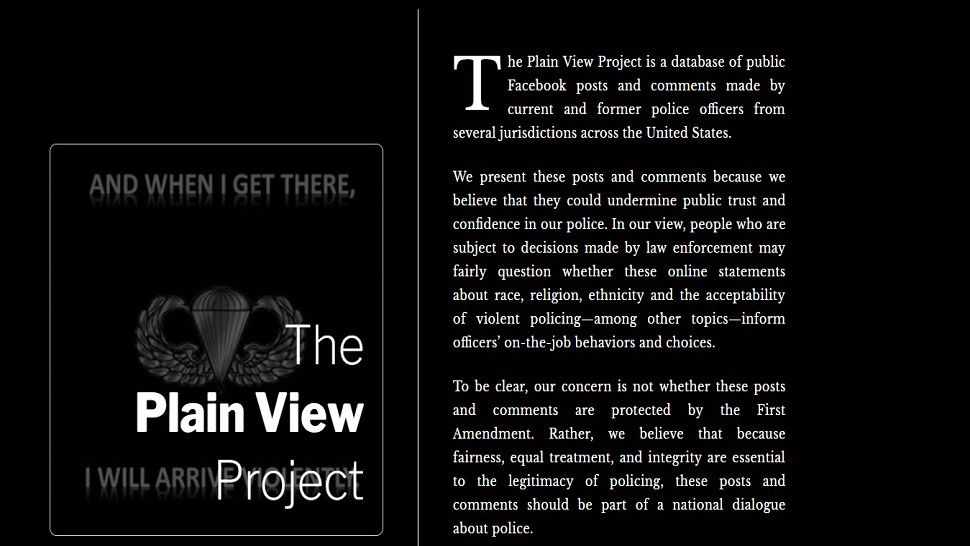 “The Plain View Project” is a website database filled with questionable posts they claim are made by law enforcement officers. They include memes that suggest racism, violence, sexism, and other taboo topics. (Screen capture)

LAKE COUNTY, Fla. — A website is exposing thousands of racist social media posts, all linked to law enforcement officers. A portion of those findings are linked to deputies who currently work at the Lake County Sheriff's Office.

“The Plain View Project” is a website database filled with questionable posts they claim are made by law enforcement officers. They include memes that suggest racism, violence, sexism, and other taboo topics.

The project examined the profiles of police officers and deputies from eight jurisdictions throughout the country. The Lake County Sheriff's Office was one of them.

Using the sites filter, we quickly found posts from 16 deputies... all currently employed by the Lake County Sheriff's Office. We decided not to include names as the Sheriff’s Office reviews the posts.

Those posts include this picture, with the comment, “That's what I'm talkin' about. Get cha some of that. Lake County take a hint."

There were several other memes that depicted racism, as well as other objectionable topics.

Several cities are launching investigations into the matter. The Sheriff's Office declined to comment at this time, but it said it's aware of The Plain View Project and is reviewing the posts to see if any violate its social media policy.

As far as a punishment for such behavior, Sheriff's officials say that would depend on the findings in their review.

Lawrence Walters, an attorney who's focus is online media, says, “Some of the posts that I reviewed could easily violate the restrictions on social media use imposed by the Lake County Sheriff's Office. Some of them referenced slanderous or racially charged remarks, offensive remarks that could impact on their ability to discharge their duties as a law enforcement officer.”

The Plain View Project's findings are detailed in an investigative feature published jointly by Injustice Watch and Buzzfeed News.