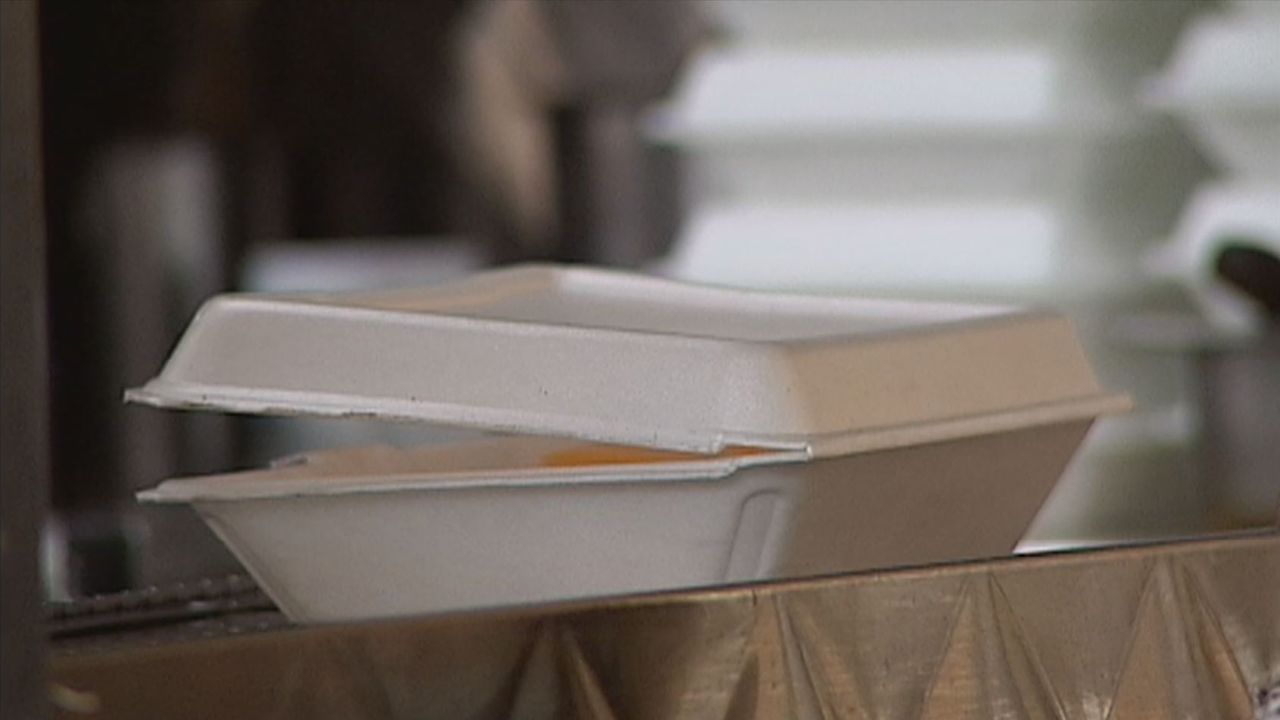 Single-use products like styrofoam containers, plastic straws, and bags will no longer be used at Orlando's parks and venues, starting October 1. (File)

ORLANDO, Fla. — Plastic straws, styrofoam cups, and containers and plastic bags will no longer be used at Orlando's parks and venues.

The ban means city contractors will not be able to use the products at city-owned parks and venues, like the Amway Center.

Vendors for events like festivals and farmers markets would also be required to use single-use products made from paper, wood or vegetable-derived plastics.

The ban will not affect businesses operating on non-city land.

POLL: The city of Orlando is banning single-use plastic and styrofoam products from its parks, venues and events, starting October 1. It does not affect the private sector. DETAILS: https://t.co/QqsonZBJgz
Do you agree with the city's ban?

Fernando Melgarejo, who owns the food truck Peru Power, says the city is already requiring him to use paper instead of plastic.  Melgarejo says the switch is costing him four times what he paid before.

“It’s good for the environment but for us it’s a lot more expensive,” said Melgarejo.

City officials say they factored in costs when coming up with the ban. They say figures they looked at showed them alternatives to plastic and polystyrene were comparable in price to plastic.

But Melgarejo says that’s not been the case for him.

“We don’t want to drive up our costs for the customers but it’s going to affect it eventually.”

The ordinance, proposed by the city's Office of Sustainability, is part of city's push to reduce waste through a variety of means.

For instance, the city recently introduced a Food Waste Drop-Off program that turns food scraps and spoiled food into fuel, rather than sending it to the landfill.

Several major cities in Florida have banned products like plastic straws. Gov. DeSantis vetoed a bill earlier this year that would have stopped all local bans on the straws.

And cities aren't the only ones banning plastic and styrofoam products.

In 2018, Disney announced the company would eliminate single-use plastic straws and reduce the number of plastic shopping bags at its parks by mid-2019. Earlier this year, SeaWorld announced it would be removing polystyrene-foam dinnerware from its 12 parks and use items made from recycled material.