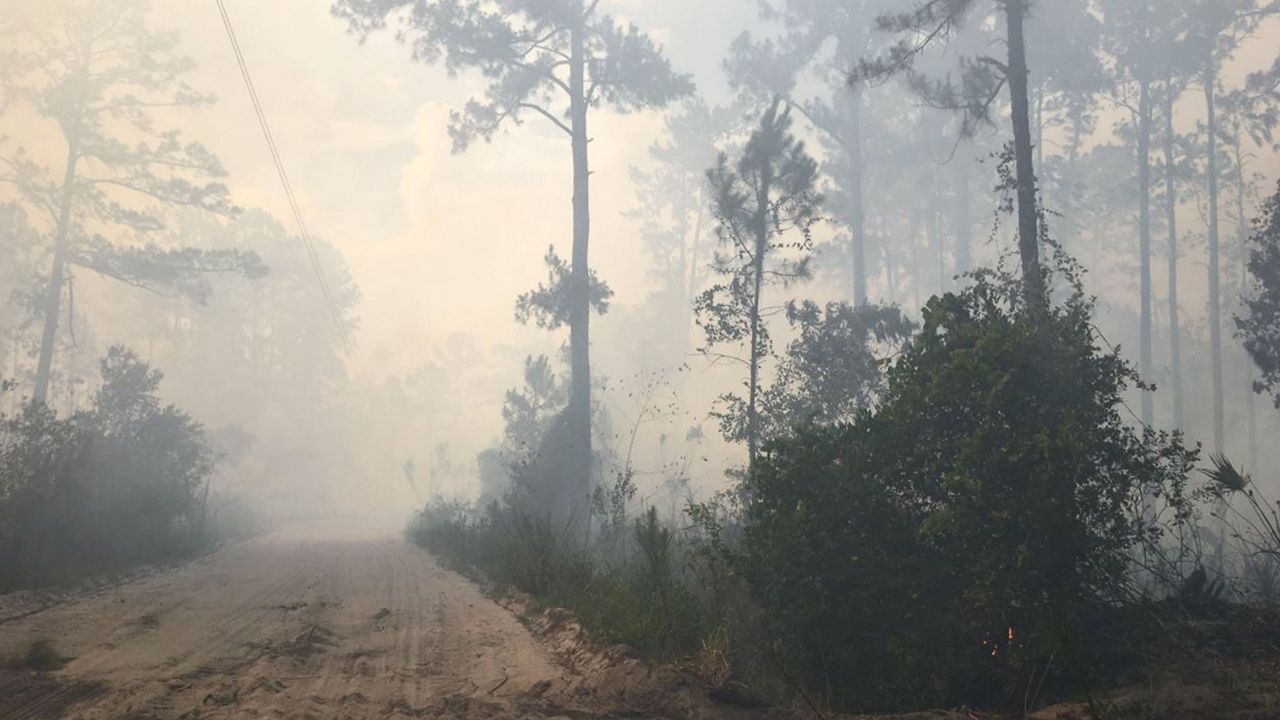 DEBARY, Fla. — Florida Forest Service in Bunnell has reported that crews are still fighting to put out a brush fire that began Saturday in DeBary.

The “Dutchman’s Bend Fire” grew late Sunday afternoon and had threatened a Duke Energy power plant and railroad tracks in the area of Holladay Road in DeBary.

FFS said the fire -- which initially started from a lightning strike -- grew from 73 acres to 140 acres. But as of late Sunday night, the fire is now at 95 percent containment and has shrunk to about 101 acres.

Spokesperson Julie Allen told Spectrum News 13 that high winds carried embers over to the other side of Dutchman’s Bend Road, and the fire grew to 140 acres.

WILDFIRE UPDATE. The #DutchmansBendFire has jumped the containment lines and is now threatening power plant and railroad. Multiple resources have been called in to assist. @VolusiaSheriff pic.twitter.com/owkWd89v25

Officials with FFS Bunnell in a tweet said “multiple resources” have been called in the assist crews.

Allen said crews worked hard to keep the fire from damaging the nearby Duke Energy power plant. Helicopters dumping water near the power plant reportedly made a big difference.

Although the fire didn’t move onto Duke Energy property, it did end up doing some damage to the nearby railroad.

“The fire did impact the railroad, so they’ve shut down the rail system at this point," Allen said.

Firefighters are working hard to try to keep #DutchmansBendFire from destroying a nearby power plant here in DeBary. Helicopters are dropping big buckets of water on the fire now. @MyNews13 pic.twitter.com/MfGCsXJwIs

As of Sunday evening, the forward progression of the fire stopped, and firefighters will be out late Sunday night making sure nothing sparks back up, especially in the direction of the power plant.

CORRECTION: An earlier version of this story said the brush fire grew after it jumped containment lines. Florida Forest Service later corrected their statement and said that instead, the fire grew after embers were carried by winds. The story has been revised to reflect FFS's new statement.