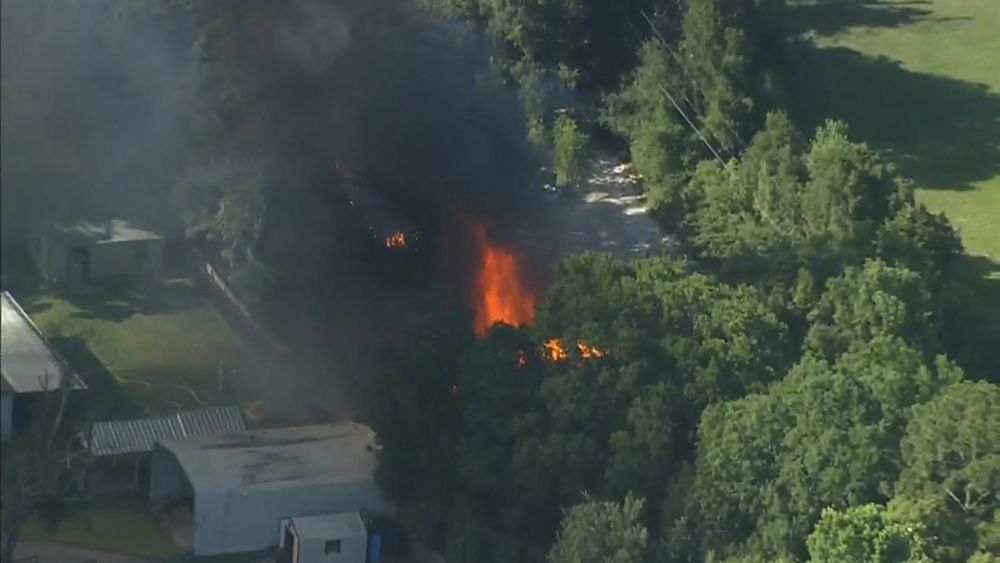 The house is on Alvin Street in east Orange County.

Several Orange County crews knocked down a fire at a house on the 2300 block of Alvin Street, north of State Road 50 and just west of state Road 417.

Orange County Fire Rescue said the 2,200 square-foot house was fully-involved. Crews were forced to block off streets in the area as they responded.

#workingfire Alvin St. Heavy smoke still flowing from one-story house. All units still on scene operating. Per @OrangeCoSheriff, all known occupants accounted for however, we will continue primary search to confirm. #UPDATE pic.twitter.com/POkErDxHtP

Herman Velez says he lives at the home with his mother, and that the majority of the house was already on fire when he arrived.

“I was worried about my mom living in there. Her phone was dead we didn't have any communication," he explained.

Luckily, fire officials say she wasn't home at the time.

Velez says his stepfather owns the house. He also said there was no power at the home.

Orange County Fire Rescue says it was a challenge fighting the fire, having to break fences in their way, while also being aware there were ammunition and gun safes inside the home.

At this point, authorities do not know what caused the fire. The State Fire Marshal will be investigating.

No firefighters were injured.