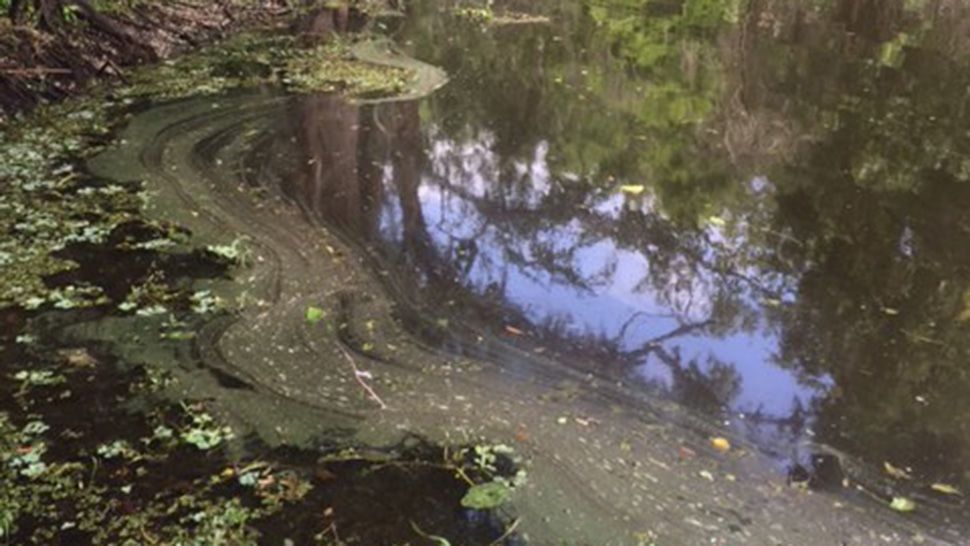 VOLUSIA COUNTY, Fla. – On Hontoon Island, Gabbie Milch is pleased with what she sees.  The bad algae she said she saw on Wednesday seems to have dissipated overnight.

"I was out here about the same time, there was kind of a green swirly film that was a little bit below the surface of the ground that would not allow the light to penetrate, " said Milch, who is the Middle Basin Outreach and Education Coordinator for St. John's Riverkeeper.

But just because you can’t see harmful algae blooms, doesn't mean the toxins aren’t there.

"There has been some water chemistry tests done in the vicinity and there is some of the toxins present not at serious levels at this point," Milch said.

According to the Riverkeeper organization, blue green algae is harmful to both people and animals—and is connected to sick fish found at Blue Spring State Park.

While the algae isn't very bad in our area right now, Milch said it is in Putnam County and further north, which is a red flag.

"The thing that concerns me about what's happening up north is that it is happening so early in the year before the water temperatures and our summer really begins," Milch said.

She claims a combination of conditions could make a perfect storm for bad algae blooms in our waterways.

"Last year with the hurricanes and storms that happened, a lot of wastewater was discharged," Milch said. "So that's another reason it could be supercharged this year for something to happen."

That's why Riverkeeper is urging people to do their part by making sure septic tanks are cleaned out at least every five years and the use of fertilizers and other chemicals near waterways is minimal.