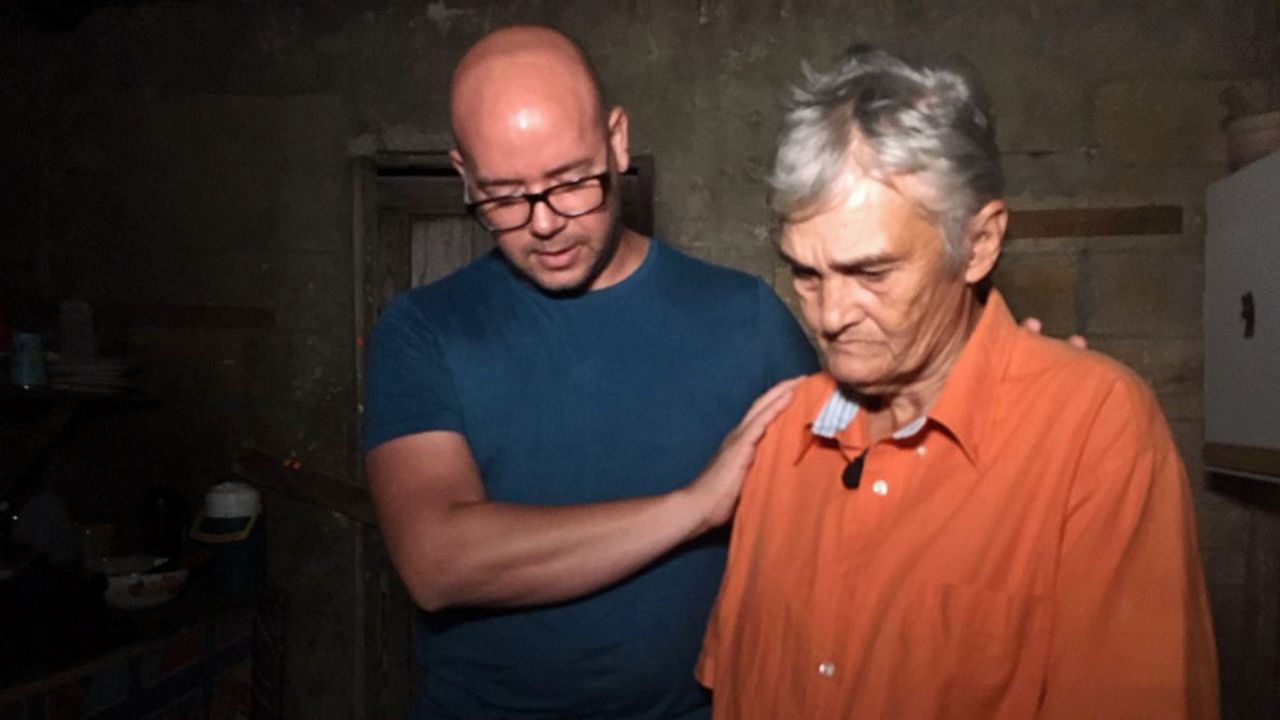 Batteries are the only source of power at Miguel Pagan's home in Jayuya, Puerto Rico. Since Hurricane Maria hit the island, the 62-year-old has been without power. (Erin Murray/Spectrum News)

JAYUYA, Puerto Rico — At night in San Juan, there is music and joy felt between people as the nightlife begins. But 60 miles away, both hope and daylight are swallowed up on the steep mountainsides in Jayuya.

It’s one of the most inaccessible areas on the island.

Spectrum News’ Erin Murray and the crew she traveled with had to walk the last part of a path to a home they were trying to reach. The road ended about a quarter of a mile before the house.

For six years, Miguel Pagan has lived in small, two-room building. Even before Hurricane Maria, power was hard to come by in Jayuya.

“Radio de baterías,” said Pagan, when asked what he uses for some power.

Batteries run a radio in the 62 year-old agricultural worker’s home. It’s the only source of connection to the outside world.

When in Puerto Rico, we traveled to Jayuya. It is a very mountainous part of the island. To get to this man's home we had to leave our cars and walk. His home does not have power and he says since #HurricaneMaria getting help has been very tough. @MyNews13 @BN9 pic.twitter.com/vEXEVh6dop

He said it is very difficult. His life is dictated by the sun because of the lack of power, and his biggest hope is clear.

A few groups are answering that call for help. One man is helping him get a solar generator too.

On the mountaintop, the visit came to an end with a prayer.

As the party begins their walk back down the mountain to the nearest road, Miguel turns off his radio and settles in for the dark night ahead. The group hopes to get Miguel power by the end of May.