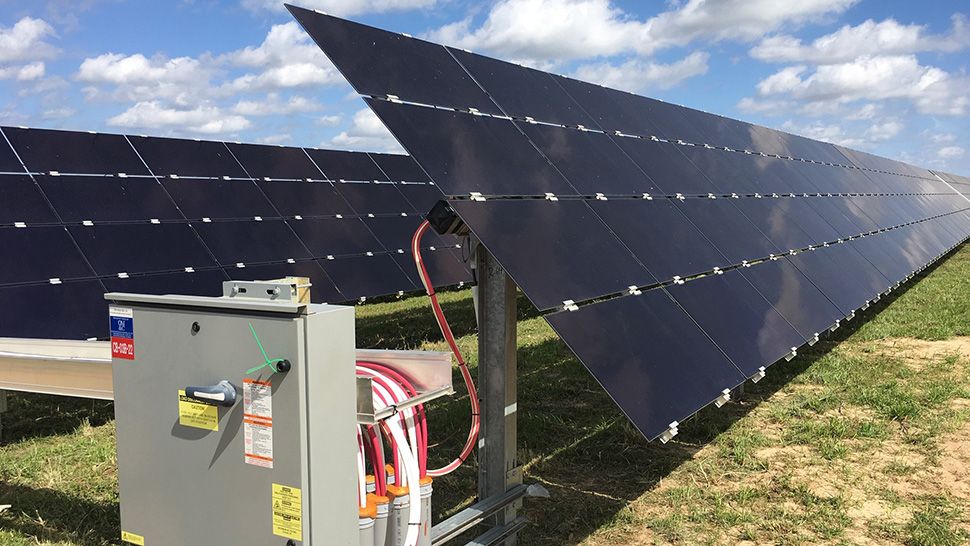 ORANGE COUNTY, Fla. -- Many people who drive along State Road 429 have been looking with interest as of late to the rows and rows of solar panels now lining the landscape near the roadway.

A closer look reveals half-a-million solar panels tilted toward the sun in an effort to generate power for Walt Disney World Resort.

“We have a long term goal of zero net emissions, zero waste and water conservation, and this amazing solar facility is a part of achieving those goals,” said Angie Renner, Environmental Integration Director for Walt Disney World Parks and Resorts.

The 270-acre solar farm can generate upwards of 50 megawatts of power—enough to power two of Disney World’s four theme parks.

The project is part of a joint effort between Disney, Reedy Creek Improvement District and Origis Energy USA.  The use of cleaner energy, Disney says, equates to reducing emissions by removing 10,000 cars from the road.

The solar farm is just the latest in a series of efforts. Disney, for example, has now equipped their fleet of 300 buses to run on used cooking oil.

“We have one of the largest bus fleets in the nation that runs off of this renewable fuel,” Renner said. “Anytime you use electricity or you use fuel then you produce emissions, but what we do at Disney, we run really efficient operations that reduce massive amounts of energy.”

Disney’s long term goal is to keep going. The company says it is looking to reduce net greenhouse gas emission by 50 percent by the year 2020.