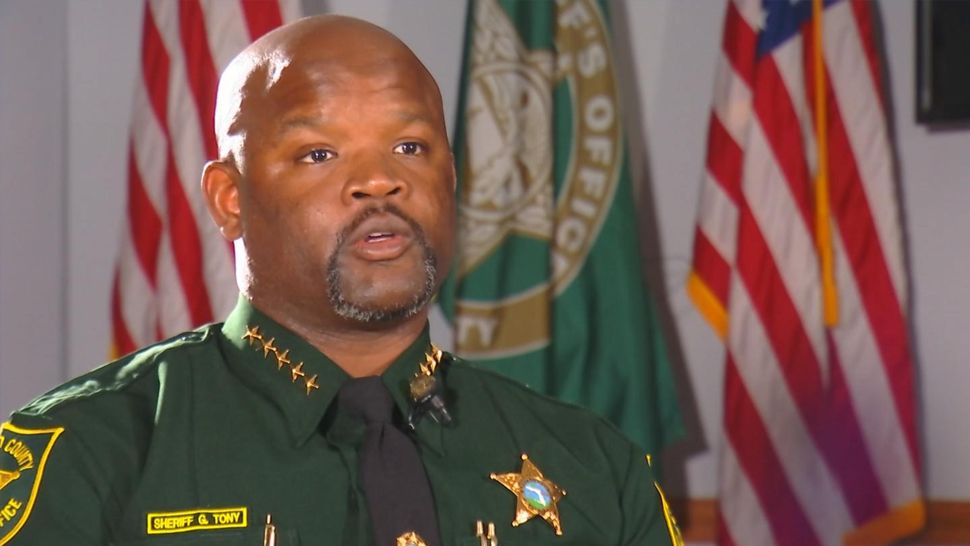 BROWARD COUNTY, Fla. — The failure of Broward deputies to go in and confront the Parkland school shooter is the reason Governor Ron DeSantis put a new man in charge.

Just 90 days into the job, Bay News 9 Anchor Holly Gregory sat down with Broward County Sheriff Gregory Tony to talk about his plans for school safety.

Sheriff Tony is a veteran cop with expertise in responding to an active shooting.  His first priority is increased training for all his deputies — to prevent seeing a botched response like the one at Marjory Stoneman Douglas.

Officials say deputies assigned to the school failed to enter the building where a gunman killed 17 people, students and teachers, on February 14, 2018.  Some of the deputies said they could not remember when they last had active shooter training, even though it had been in the previous few years.

"We came up short. We have to rebuild that trust and confidence that we will be there the next time. We don't want to just meet expectations. We want to exceed them when we can," Tony said.

Tony has trained 25,000 people around the country on how to survive an active shooter.  He believes school guardians throughout the state need more and continuous training.  When asked about the possibility of arming Florida teachers, he said, "as of now, if you were to arm teachers, they would go through baseline certification — shooting at a target that is not moving. That's not what this environment is going to entail."

He has studied 600 mass shootings dating back to the 1960s. He says that 30-40 percent of the victims, including Parkland and the Pulse nightclub victims, died from survivable injuries.

First responders were not able to get to the victims fast enough before they bled out.

"A major arterial bleed, whether it be from an arm or leg, people have less than three minutes to survive," Tony said. "So do the math on that. It takes us five minutes to get there."

He would like to see teachers equipped with "Stop the Bleed" kits.  He believes that could save lives until law enforcement can arrive to stop the shooter.

"We want to get there. That’s what every cop wants, to put that bad guy down," Tony said. "But statistically we can't arrive in time. Teachers who are trained on life-saving equipment can help before we can arrive."

Tony is advocating for a change to the Guardian Program.  He wants the Florida Department of Law Enforcement to takeover the training of all armed school guardians, which he says will bring a more uniform and high standard of training.

WATCH the video above for the exclusive interview.