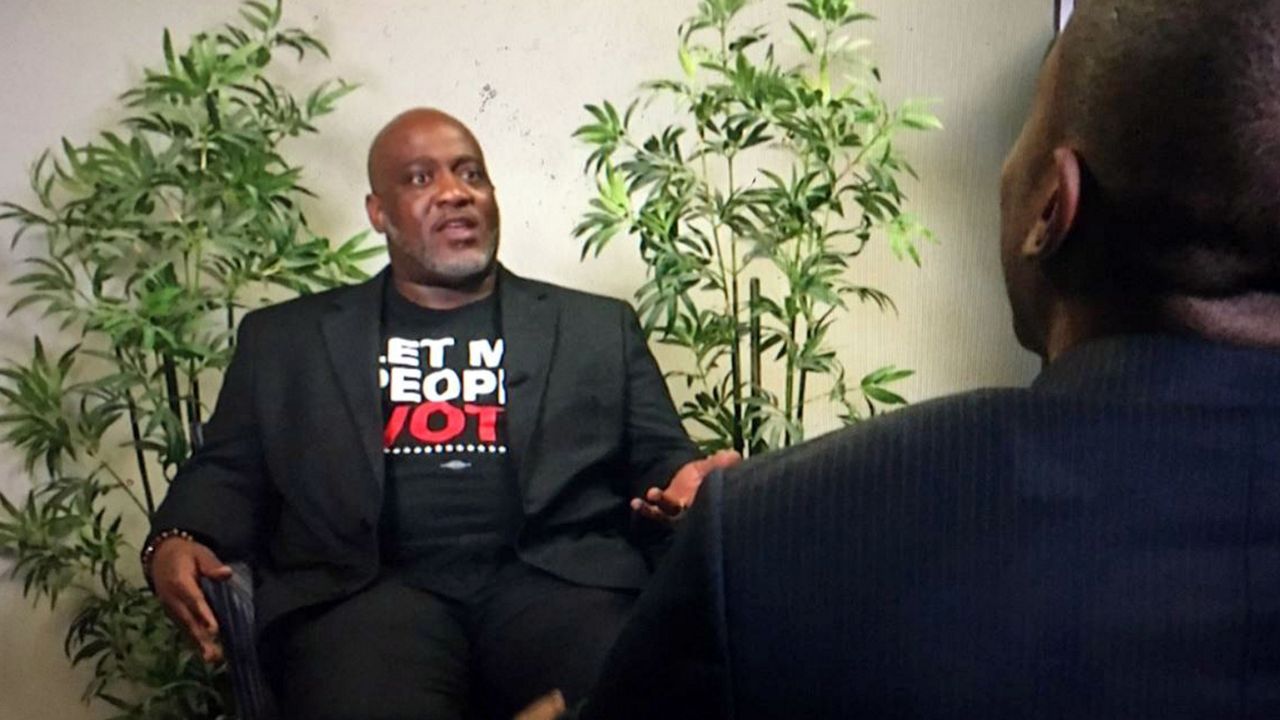 Desmond Meade, who championed Amendment 4 in Florida, was recently named one of Time magazine's 100 Most Influential People of 2019. (Curtis McCloud/Spectrum News)

ORLANDO, Fla. — One of Orlando’s own influential leaders made the list of Time magazine’s 100 Most Influential People of 2019.

Desmond Meade has become a champion in advocating to restore the rights of convicted felons throughout Florida and the country.

Meade, who serves as executive director of the Florida Rights Restoration Coalition, not only lead the campaign for Amendment 4, which restores voting rights to ex-felons in Florida, but he also worked closely with lawmakers and other organizations across the state to see the measure pass.

“It is quite humbling, but I’m also excited about it because I think what this does, is it really just helps to elevate a narrative or message that I have been pushing for quite some time,” Meade said.

Florida voters approved the measure in the 2018 midterm elections.

“There was over 5.1 million votes, and they were not votes that were based on hate or fear, but rather votes based on love, and what we see with Amendment 4 was love winning the day, and because love won the day, that played a major role in me getting this honor,” Meade said.

Meade says he’s honored to be featured alongside other greats and hopes his accomplishment inspires others to reach their goals.

“If I can do it coming from where I was, back in 2005 in front of those railroad tracks, a drug addict and a homeless person, I know that anybody can do it,” Meade said.

Meade also discussed Florida lawmakers who are working on pushing legislation that would only allow those convicted felons who have paid all of their court ordered fees and fines to vote. He says the voters have spoken and law makers should do what they have asked.

That issue of Time featuring Desmond Meade will be in a double issue on April 29 and May 6.