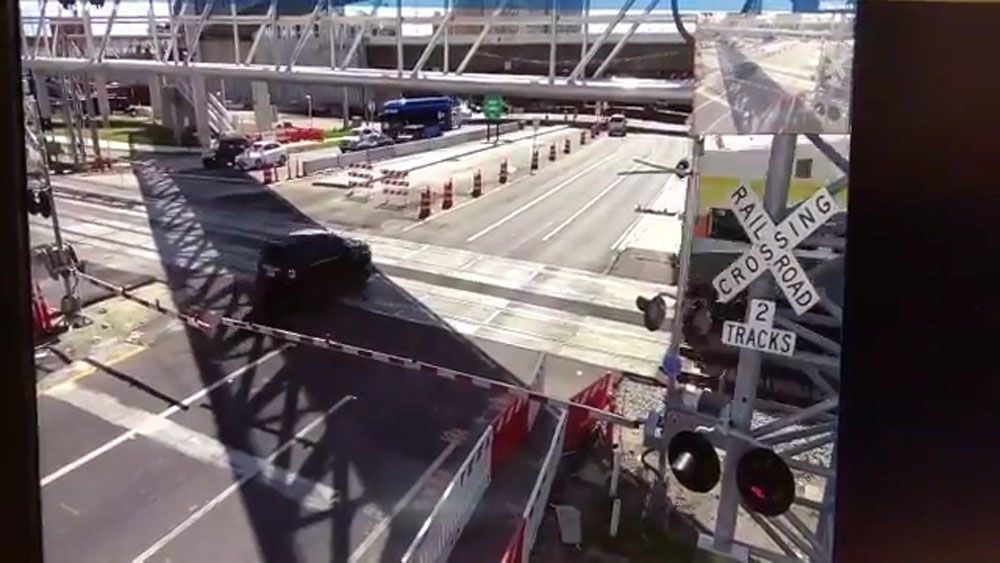 The crash happened on the tracks along Colonial Drive, near North Orange Avenue.

The SUV was in the railroad crossing when the SunRail train approached, Florida Department of Transportation spokesman Steve Olson said.

The video shows the SUV actually move past the railroad crossing arms as they come down, waiting for traffic on the other side of the tracks to move. But the vehicle waits until long after traffic has started to move again before it crossed the tracks, into the path of the train.

The driver of the SUV was taken to Orlando Regional Medical Center in serious condition, according to Orlando Police.

Two crew members and 82 passengers were on board the train at the time of the crash, Olson said.

Colonial Drive was closed in both directions for more than an hour.

Multiple SunRail trains, both northbound and southbound, were delayed. SunRail is working to get the trains back on schedule, Olson said.

HAPPENING NOW: Large law enforcement presence in @DWNTWN_ORLANDO, where a @RideSunRail train is stopped on the tracks over Colonial Drive. Expect delays. @Mynews13 reporter @StephanieCNews is at the scene -- check back for updates:

The small SUV was in the railroad crossing when the SunRail train approached, Florida transportation officials said. (William Claggett/Spectrum News 13)