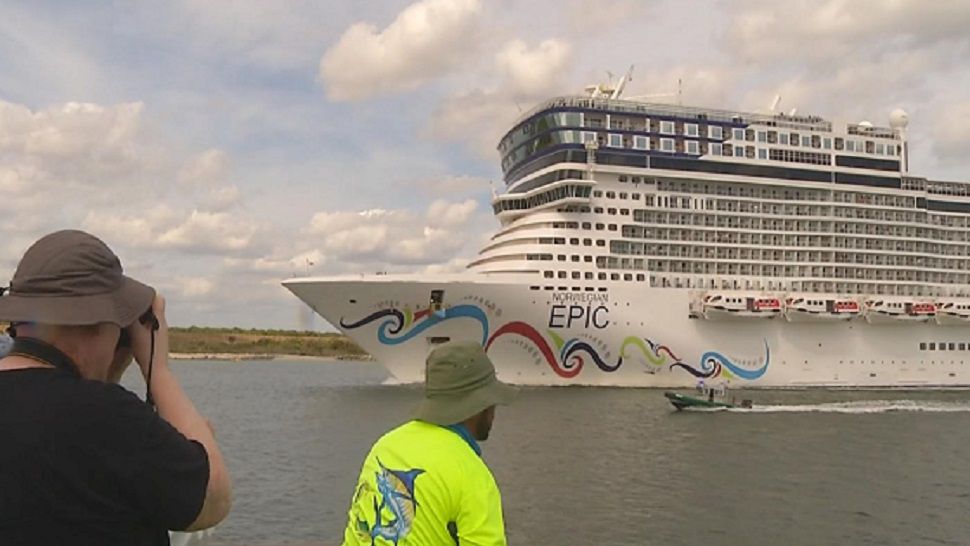 COCOA, Fla. — An Oregon man was booked into the Brevard County Jail on Friday after he was accused of a sex attack on a girl in a hot tub on the Norwegian Epic last year.

Justin Carl Dolson, 27, is accused of lewd or lascivious conduct with a child between the ages of 12 and 16.

At the time, the Port Canaveral-based ship was in “international waters,” a Brevard County Sheriff’s Office report says.

“Video surveillance shows the two engaged in an embrace and exhibiting intimate behavior while they were alone in the hot tub around the date and time the allegation was said to occur,” the report alleges.

The report says Dolson has no permanent address. It lists a truck-driving school in Salt Lake City, Utah as his business address.

However, in a bankruptcy petition he filed in October, Dolson said he lives in Clackamas, Oregon, a Portland suburb.

The report said Dolson is not employed and earned nothing in 2018. He listed more than $22,778 in liabilities. He valued his assets at $300. That included a TV, an Xbox gaming system, and clothes.

A 2013 article on The Oregonian newspaper's website said Dolson was impaired when he crashed a BMW and plunged down a 125-foot embankment in Clackamas County that year. Online records show he was charged with driving under the influence in 2010. Other details about those cases were not available Sunday.

He was also found guilty of a misdemeanor charge of possessing or using a controlled substance in 2015.

Dolson was being held at the Brevard County Jail Complex on a $15,000 bond.