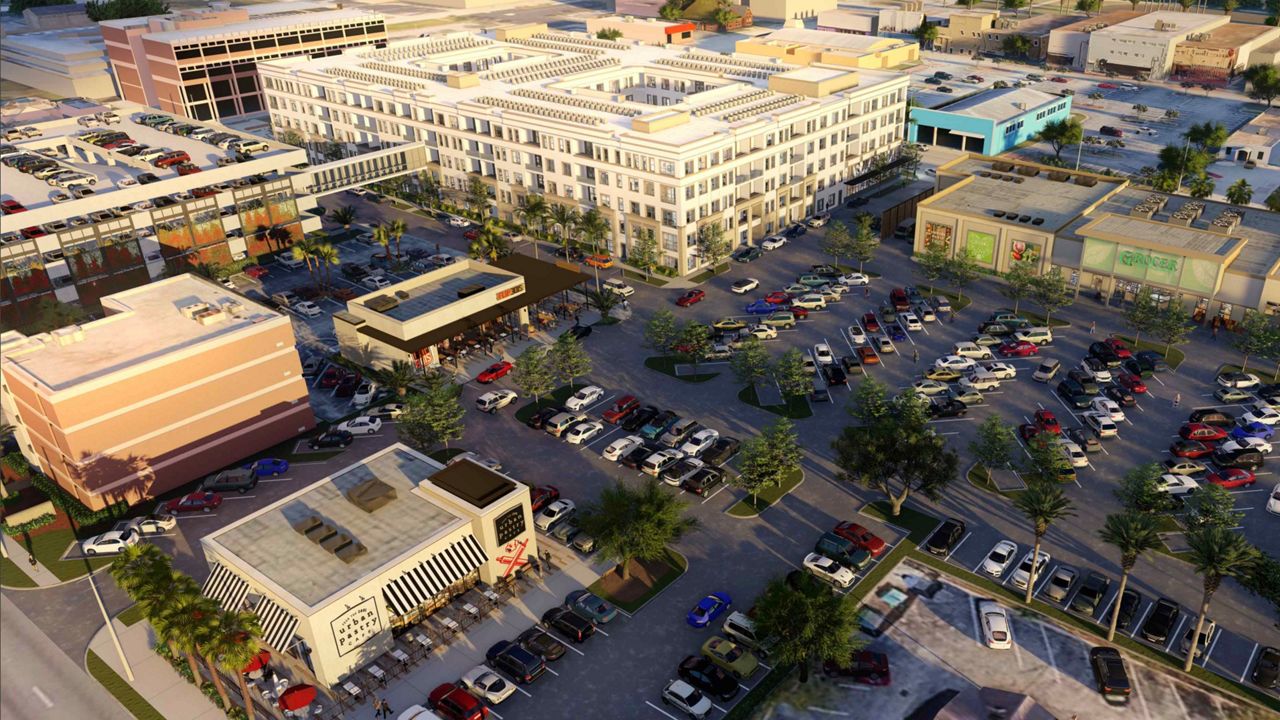 DAYTONA BEACH, Fla. — Big changes could soon be on the way in Downtown Daytona Beach because of “Project Delta.”

Project Delta is the brain child of Consolidated-Tomoka Land Co., which owns a nearly 6-acre lot at the intersection of Palmetto Avenue and International Speedway Boulevard.

The company wants to fill that land with a 300-unit apartment complex, a grocery store, shops, and parking.

“We kind of sat down with city management and staff and said, ‘What is needed in downtown Daytona?’ The first thing they said was residents, and second was a grocery store,” said Scott Bullock, the Vice President of Real Estate with Consolidated-Tomoka.

In order for that project to become a reality, the land first has to be rezoned. Right now, a church that plans to move at the end of the year takes up the majority of that property.

In a beginning step, the law firm Cobb Cole presented the plans to the Downtown Development Board on Tuesday. If built, the project could generate money for the area, especially in taxes, since the church is exempt from taxes.

“ … Any funds that are generated in the course of this new project would have to be invested into the downtown as well, so it's very positive.” said Scott Weidman, Redevelopment Board Chair.

The board voted unanimously to allow the project to pass on to the next phase, which will require it to be presented to the planning board and board of commissioners.

However, some who have businesses on the same street as the proposed project are approaching it with cautious optimism.

"I’m excited about it on one level, because I think Downtown Daytona needs that, but also because I’m extremely careful with environment issues and want people to think about that," said Jo Anne Staley, owner of Natural Concepts Revisited.

At this point in time, nothing is set in stone. If the project is allowed to move forward, the ultimate outcome will be up to the developers that will be brought on.

If the project continues to move forward, city commissioners should decide around July whether they will allow that property to be rezoned for Project Delta.