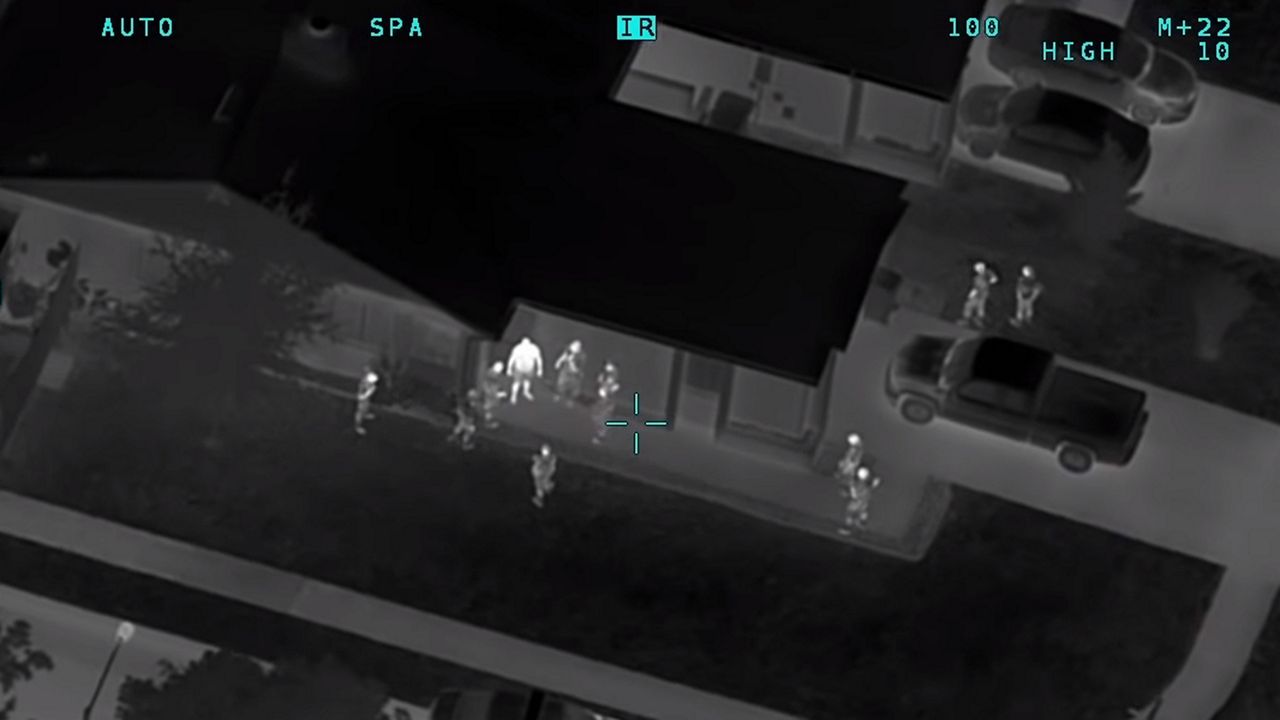 A OCSO helicopter pilot reported someone at a home on Spring Club Court in Orlando pointed a green laser at their chopper three times. Deputies on the ground quickly moved in and arrested Rodger Dean Smith. (Courtesy of Orange County Sheriff's Office)

Rodger Dean Smith is facing charges for allegedly pointing a laser at a pilot.

“They are up there to keep this community safe, and they have certain things they have to do in that helicopter, and anytime anyone does anything that is distracting it is very dangerous," said Orange County Sheriff John Mina.

After their Chase helicopter pilot reported someone at a home on Spring Club Court in Orlando pointed a green laser at their chopper three times, deputies on the ground quickly moved in and arrested Smith Wednesday.

"Fortunately our pilots were able to zero in on him right away, direct deputies to his house, and put him under arrest. No doubt in our mind he is the one who did it," Sheriff Mina said.

Sheriff Mina says shining a laser at the window of a helicopter can temporarily blind the pilot. Anyone who attempts it will be arrested.

Smith bonded out of jail Wednesday night. He denied pointing a laser at the chopper.

"They were wrong. I'll have my day in court. I did not point no laser, they do not know what they're talking about," Smith said outside of the Orange County jail.

Deputies say in addition to a laser pointer, they also found 12 firearms and several hundred rounds of ammunition in Smith's home.

In addition to charges for pointing a laser at a pilot and having guns as a convicted felon, he is also accused of assault on a law enforcement officer.