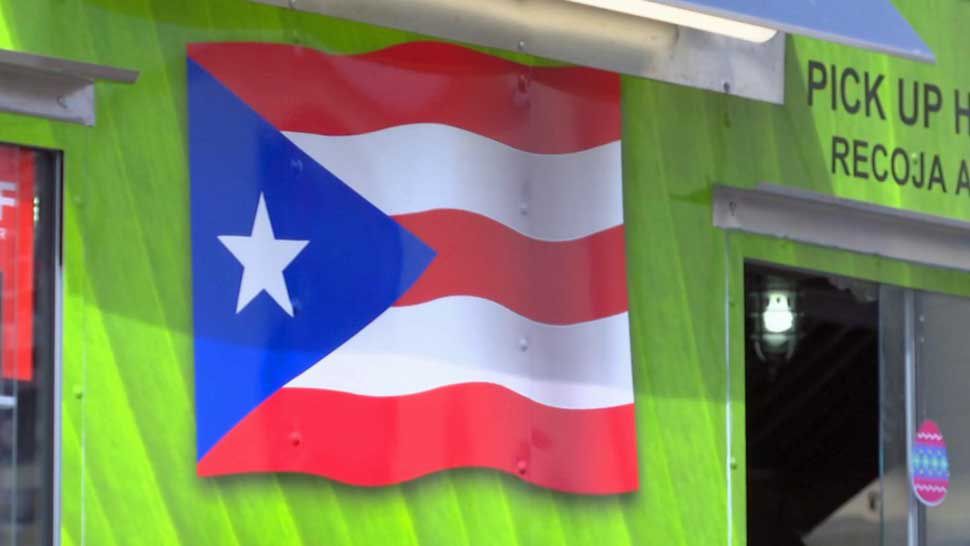 We spoke to Puerto Ricans at La Fiebre del Sabor Criollo food truck in Tampa about the legislation introduced into Congress that would unconditionally admit the island into the United States as the 51st state. Reactions were mixed. (Adria Iraheta/Spectrum Bay News 9)

TAMPA, Fla. — With the introduction of legislation in the U.S. House of Representatives that, if passed, would unconditionally admit Puerto Rico into the United States as the nation's 51st state, full statehood for the island could be closer than ever.

Reaction to that possibility among some Puerto Ricans we spoke to Thursday was mixed.

Ramos supports the legislation that would admit the island as the 51st state without a referendum.

“We already like are part of America, and we bring a lot of good things to America," Ramos said. "It would help a lot more if we were a state."

The Puerto Rican government has held multiple referendums on its status, most recently in 2017.

Ramos already lived in Tampa when Hurricane Maria hit, but he and his wife’s family were still on the island and were heavily affected.

Increased disaster relief funding would be one of those benefits that would positively impact his family.

“Somebody’s like, trying to help Puerto Rico, and this is something that’s going to be like really good for Puerto Rico,” Ramos said.

Meanwhile, Luis Gonzalez stopped by for a bite at the food truck where Ramos works.

The men may share the same taste in food, but not the same opinion on Puerto Rican statehood.

“We’d lose our culture, and Puerto Rico has all the resources to become its own nation," Gonzalez said. "We don’t need anything from the U.S.”

“Becoming a state really would be like denying us the opportunity to truly be Puerto Ricans,” he said.

If the legislation ultimately passed in Congress and was signed into law by President Donald Trump, Puerto Rico would become a state no more than 90 days later.