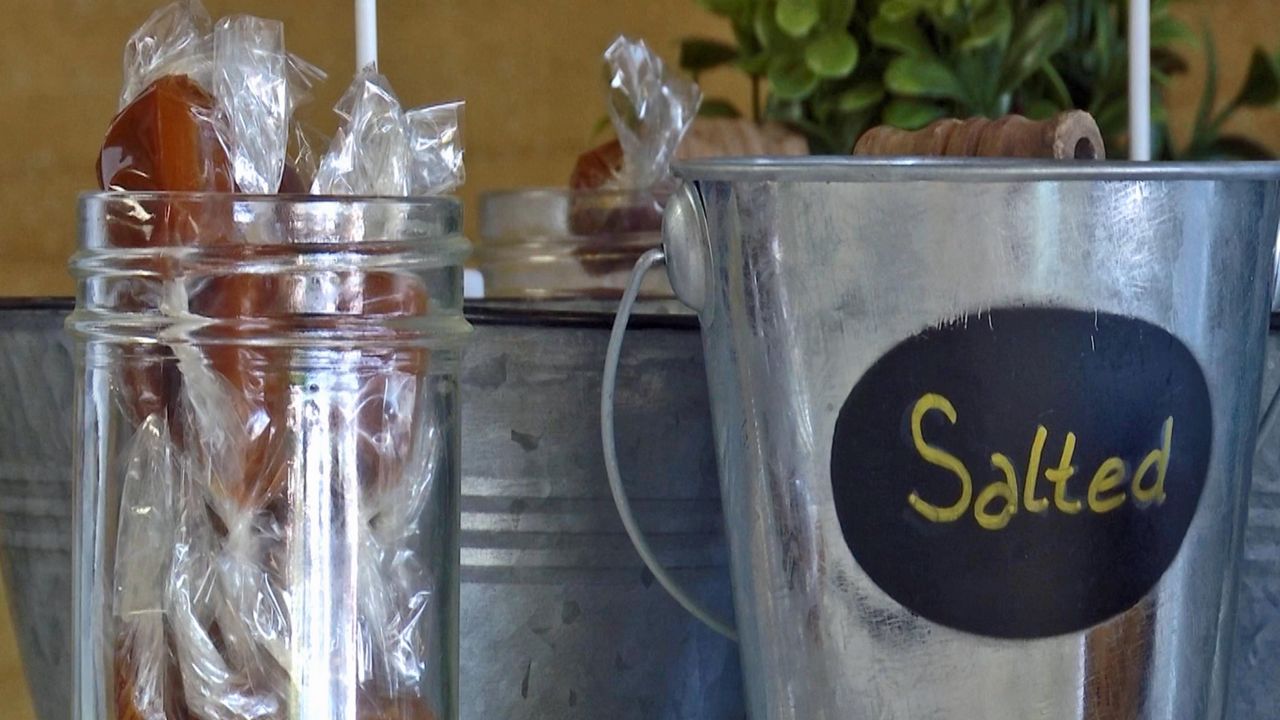 BREVARD COUNTY, Fla. — It’s Women’s History Month, and one Brevard County dad is showing his daughter how proud he is of her by nominating her for an award.

Jimi DePietro nominated his daughter Sarah Smith for ‘Female Small Business Owner Award,’ sponsored by weVENTURE, to share how proud he is of her success.

To wrap up the last week of Women’s History Month, weVenture, a charitable education organization, is celebrating women in Brevard County. Smith won the award in which she was nominated for Southern Caramel.

DePietro joined Smith’s team in March of last year and says he truly enjoys watching her be a small business owner. It all started in 2013, when Smith would cook caramel in her kitchen — soon, Southern Caramel was born.

I'M SO PROUD OF MY DAUGHTER: Father nominates daughter for @weVENTUREmlb award and @handmadecaramel wins first place and he tells @MyNews13 how empowering it is for him to see his daughters' business thrive. pic.twitter.com/JH0ZbXmGoN

Smith tells Spectrum News 13 she started the business to be a stay-at-home mom and truly have it all.

“What things used to look like, even a couple of years ago, of owning a business and still being responsible for cleaning the house … those women roles are now being shared,” she said.

DePietro says Sarah didn't always have it easy. She was born tinier than most — about 15 inches long, weighing only 3 pounds, 4 ounces, then later diagnosed with benign epilepsy, though she eventually grew out of it.

This is a true testament, he explained, that people can become anything they set their mind to. The father-daughter pair’s way of paying it forward and being grateful for the business success is by helping others.

“Everything we sell at least ten percent goes to a different cause, whether it's a ministry or a battered women's group,” DePietro said.

Smith says she didn't think it was possible to win but is happy she did. She’s proof that women in business can actually have it all.