At a May 2014 news conference unveiling the Dragon capsule, SpaceX founder Elon Musk sat in a seat and talked about the company's plans for the spacecraft. (SpaceX) 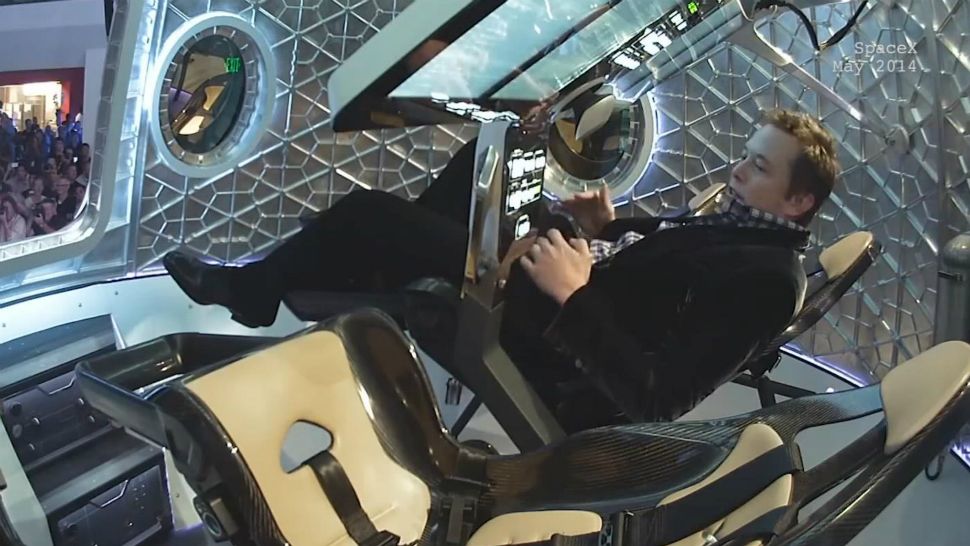 1 of 6
At a May 2014 news conference unveiling the Dragon capsule, SpaceX founder Elon Musk sat in a seat and talked about the company's plans for the spacecraft. (SpaceX) 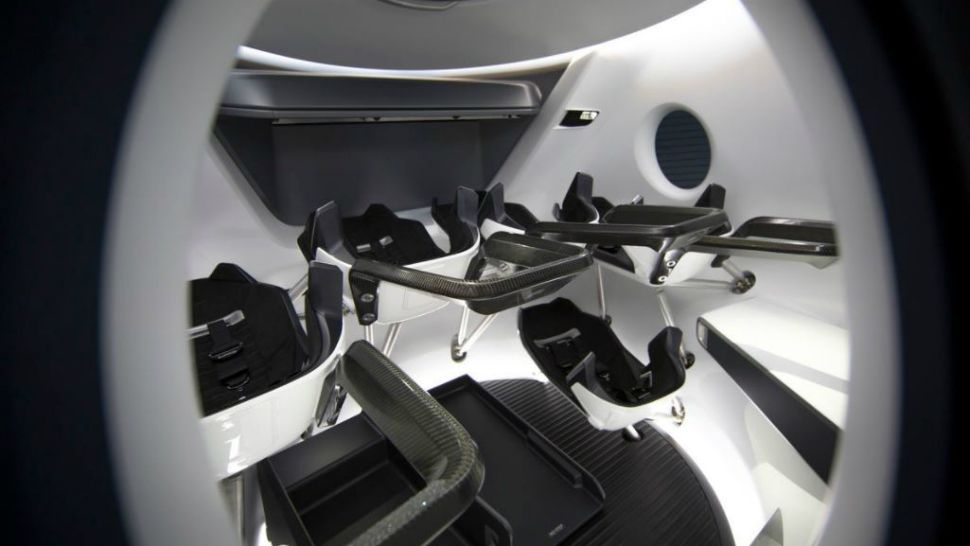 2 of 6
The Crew Dragon capsule has several windows. (SpaceX) 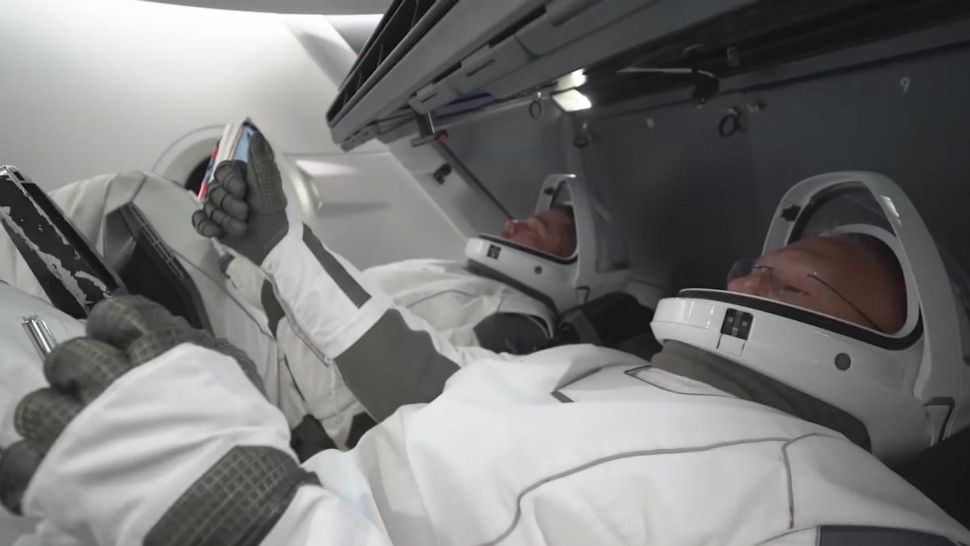 3 of 6
An undated promotional video for the Crew Dragon depicts several astronauts aboard the spacecraft. (SpaceX) 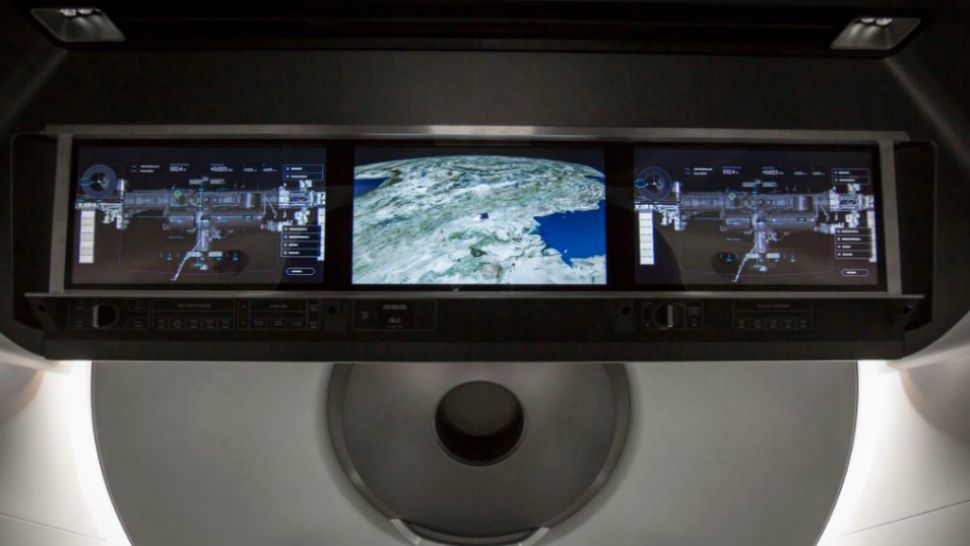 4 of 6
A heads-up display panel within the Crew Dragon. (SpaceX) 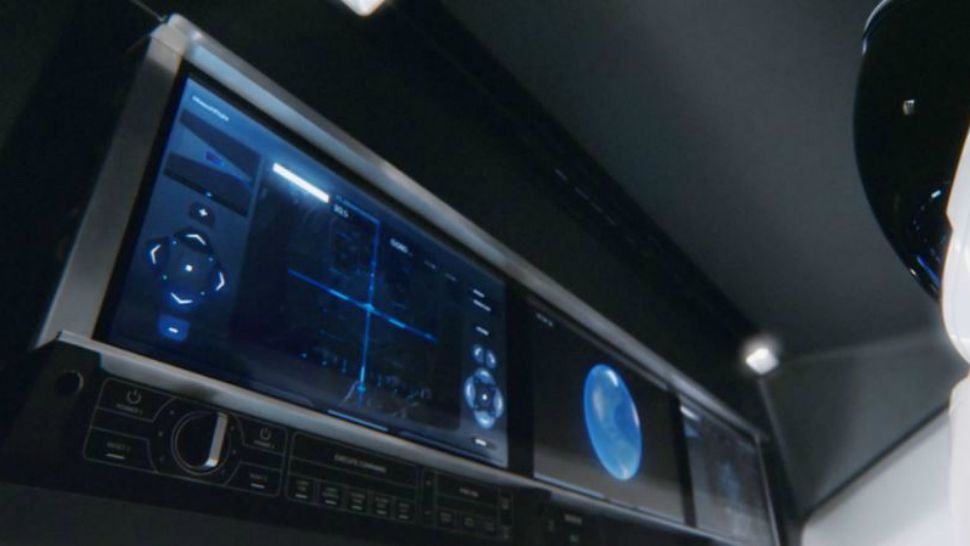 5 of 6
The Environmental Control and Life Support System in the Crew Dragon allows astronauts to set the interior temperature. (SpaceX) 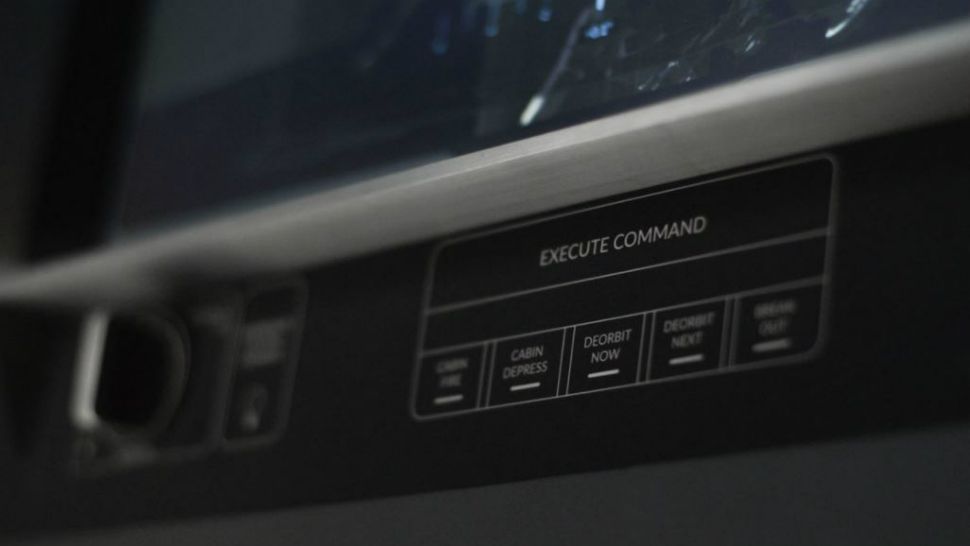 6 of 6
Crew Dragon is intended to be autonomous but can also be manually controlled by on-board crew or mission control in Hawthorne, California. (SpaceX)

KENNEDY SPACE CENTER, Fla. — The launch of the SpaceX Crew Dragon spacecraft will be a critical test to determine whether astronauts will be safe when they launch again from Florida's Space Coast.

But Saturday's launch will also debut a new spaceship that has some high-tech additions.

Since 2012, Dragon has been sending cargo to the International Space Station.

But SpaceX built it with humans in mind.

"It has a pressurized compartment and an unpressurized compartment, so it could have been taking astronauts, but it takes a lot longer to develop the life support system and also meet NASA standards for crewed launches. That's why it's taken so long," said Erik Seedhouse, an assistant professor at Embry-Riddle Aeronautical University who has written two books on SpaceX.

"It's huge, because the United States has been without manned capability for many, many years," he said.

When Crew Dragon was unveiled in 2014, SpaceX founder Elon Musk said it would take spaceship designs to the next level.

"We aimed for something with Dragon version 2, the overall aesthetics of something that is very clean, very simple," Musk said at the time.

The switches and levers from the Apollo and shuttle days have been replaced with touch screens to provide astronauts with real-time data.

Seven people can fit inside. The spacecraft is also fitted with carbon fiber and Alcantara cloth seats, plus four windows to take a peek outside.

There are still a few buttons and nobs, in case astronauts have to take over in a critical situation.

The original design had Crew Dragon using thrusters to land on the ground. But for now, parachutes will be used to have the spacecraft splash down in the Atlantic Ocean.