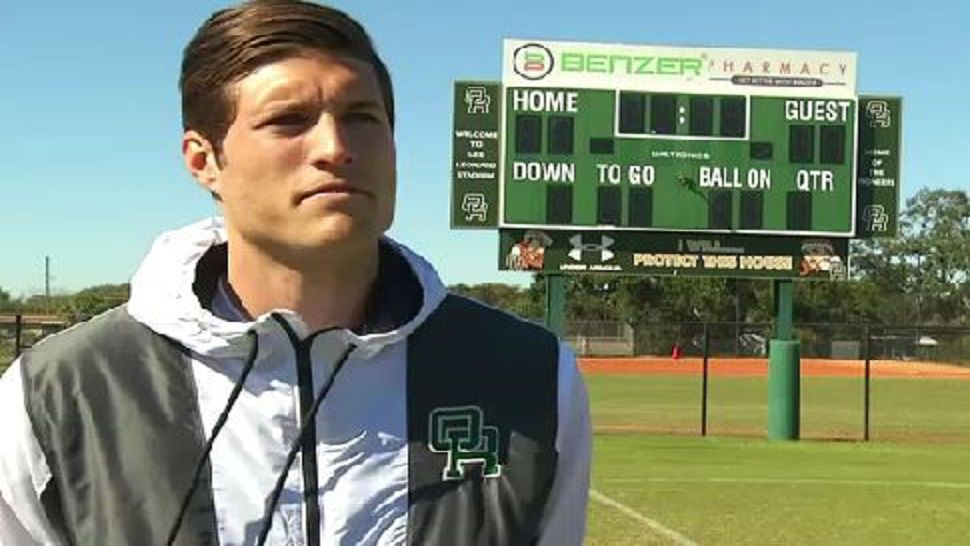 Trujillo has also spent the past four years coaching football at the school.

"I can coach kids all day, but if they're not doing the right things in the classroom, they're not going to go anywhere."

Whether he's coaching from the sidelines or motivating students in his Orlando classroom, students hang onto his every word. He tells them to say no to drugs, study hard and plan for the future.

Rhuphana Edourd knows those messages well. She says Trujillo is keeping her on track.

"He's a great mentor," said Edourd, who plans to enlist in the U.S. Army after graduation. She adds, "I am an athlete. I run track. The fact that he played football in high school and then he made into playing in college — he gives me faith that I can advance into what I'm doing."

Trujillo knows what his students are facing. He graduated from Oak Ridge High School, too. He played college ball and is currently the quarterback for the Lakeland Tarpons Professional Arena Team.

He says it feels good to hear so many of his students nominated him as an A+ Teacher. As a matter of fact, the Orange County instructor received more nominations than any other teacher we've featured so far this year.

"It really is special to hear that I'm impacting them not only out in the field but inside the classroom," Trujillo said. "Because ultimately that's what it's all about.

"Oak Ridge is where it all started, and my opportunity that I got here playing in high school got me to where I live my dreams out today."