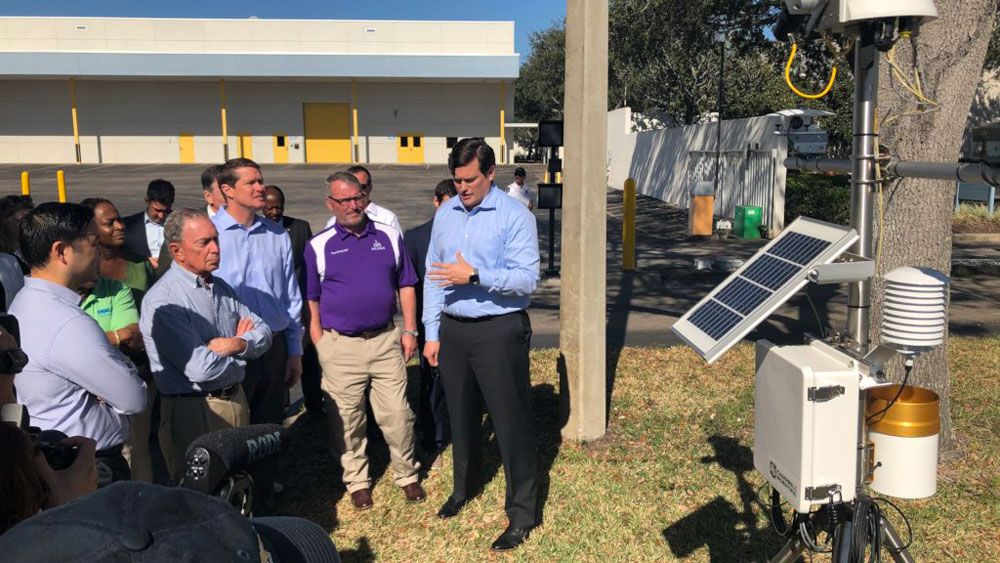 The facility includes a floating solar array and a weather station that will be installed across Central Florida to increase renewable energy sources.

Through the American Cities Climate Challenge, Bloomberg is challenging cities across the country to fight climate change, and awarding grants to more than two dozen cities so they can increase their efforts to reduce carbon emissions.

Together, Bloomberg says the cities make up the world’s third largest economy, and their efforts would have the same effect of shuttering 10 coal-fired coal plants or pulling 8.5 million cars off the roads for one year.

“Despite the federal government trying to drag us backwards, America is moving forward on climate change because of cities like Orlando,” said Bloomberg.​

Mayor Buddy Dyer says the city of Orlando is continuing to fight climate change by: