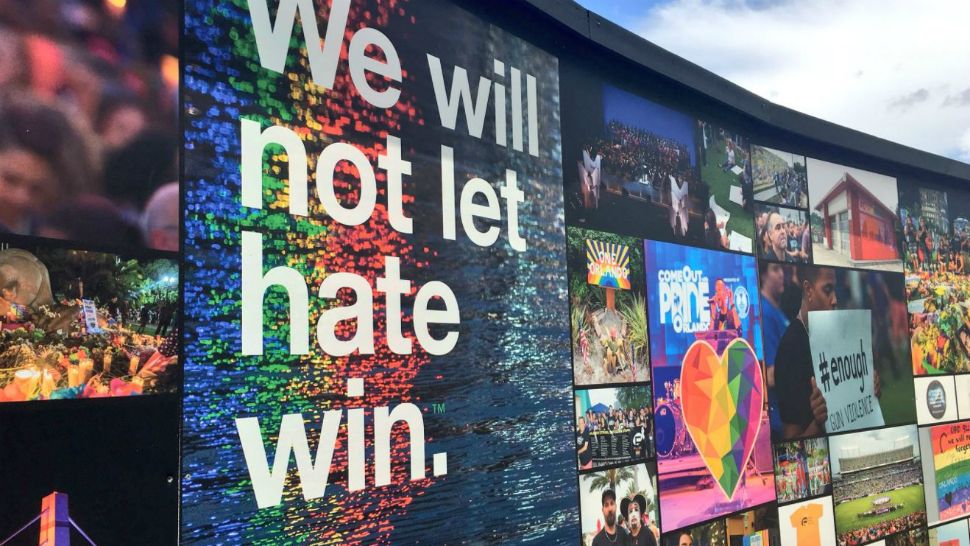 There has been a flurry of lawsuits filed in state and federal courts in Florida and Michigan since the June 12, 2016 nightclub attack that killed 49 people and injured 53 others.

Dozens of survivors and victim family members are suing the gunman’s widow, Noor Salman, and his employer, G4S Security.

The suits allege that G4S and Salman were aware of Omar Mateen’s mental instability and desire to carry out an attack.

Circuit Judge Chad Alvaro turned down a request from G4S Security to have the Orange County lawsuits transferred to Palm Beach County.

G4S is being sued by some of the same attorneys in Palm Beach and Orange counties on the same basis, but on behalf of different plaintiffs.

“The crux of the G4S case is that G4S licensed Omar Mateen and hired him, and in doing that, they went through a process of a background check. They evaluated him, allegedly did a psychological profile, and they issued him a license,” said Keith Altman of 1-800-Law Firm.

Altman is representing 37 plaintiffs against G4S and Salman in suits in Orange and Palm Beach counties.

“The license and qualifications were used to purchase the weapon in which he conducted the attack. They were negligent in giving him these licenses, they should have investigated, they shouldn’t have given him these licenses, and according to the individual who sold him the guns, if not for the credentials from G4S, he would not have sold the guns to Omar Mateen that day,” Altman said.

Mateen worked for G4S for nine years as a security guard at various locations in St. Lucie County, where he lived with his wife and young son.

G4S kept him on the job despite several complaints filed about Mateen’s behavior.

A spokesperson for G4S declined to comment citing on going pending litigation; however, the company issued a statement in June 2016 saying Mateen had passed company background checks and multiple screenings without issue.

Noor Salman has yet to respond to the lawsuit naming her as a defendant.

She moved to California in March after a federal jury in Orlando found her not guilty on federal charges of helping her husband plan the attack.

Jurors told Spectrum News at the time they were not convinced she was unaware of the pending attack, but arguments and evidence did not meet the legal threshold for a conviction.

There are nearly a dozen lawsuits pending in multiple courts all stemming from the June 12, 2016 attack.

The suit, also filed by attorney Keith Altman on behalf of dozens of survivors and victim family members, allege the club failed to have adequate safeguards in place that would have prevented the attack.

“This tragedy was rendered all the more unfortunate by the high number of ways it could have – and should have – been prevented, saving the lives of those killed and rendering unnecessary all of the harm that was caused,” the lawsuit reads.

Months later, the Pomas have yet to respond to the lawsuit in any court filing.

An attorney for the Poma’s declined to comment, however, a spokesperson for the owners did release a statement when the suit was first filed on June 8, 2018.

“It is our understanding a lawsuit has been filed against us personally and Pulse nightclub,” the June 8, 2018 statement read. “We have not seen the lawsuit and have no information about it. What is important to Rosario and me is that we continue to focus on remembering the 49 angels that were taken, the affected survivors and to continue to help our community heal. We ask that everyone keep the focus where it belongs as we prepare for this Remembrance Week.”

Lawsuit against the City of Orlando, Police Officers

Attorneys previously filed a federal suit in Orlando against Orlando Police Officer Adam Gruler and an unnamed series of officers.

Officer Gruler was specifically named because he was working an off-duty security detail at Pulse the night of the attack and was accused in the suit of neglecting to confront the gunman.

In November Federal Judge Paul Byron, who also presided over the Noor Salman criminal case, dismissed the suit, saying there weren’t sufficient legal claims to move forward with the case.

Attorneys have pledged to appeal.

“We respectfully disagree with Judge Byron’s decision to dismiss our clients’ case,” Solomon Radner, a lawyer representing the plaintiffs said in a statement in November. “This case is about protecting the constitutional rights of individuals who were the victims of one of the worst mass shootings in this country history. We are exploring all of our options for ensuring that those individuals get their day in court, including appealing Judge Byron’s decision.”

“We believe these cases have merit and ultimately, probably the appellate courts will make the decisions,” Altman said.

Prosecutors in the Noor Salman criminal case presented jurors with arguments that Mateen used social media to obtain ISIS materials, which inspired him to carry out the club attack.

In response, attorneys for survivors and victim family members filed at least two federal lawsuits against Google, Twitter, and Facebook, accusing the technology companies of giving ISIS the platform it needed to inspire attacks.

“Google, Facebook, and Twitter provided material support to ISIS. They knowingly allow ISIS to use their sites to conduct terrorist operations, to radicalize, to recruit, to raise money,” Altman said.

He added, “(ISIS) had a direct effect on Omar Mateen in this case in that he was radicalized by ISIS that was their stated purpose. They declared responsibility for the attack and therefore under the Anti-Terrorism Act and Justice Against Sponsors of Terrorism Act, Google, Facebook, and Twitter have responsibility.”

A federal judge in Michigan dismissed the case in March of this year. An appeal is scheduled to be heard in January in federal appeals court in Cincinnati.

The mirroring federal suit in Orlando is still pending.

In court filings, the technology companies have dismissed any wrong doing. YouTube, Facebook, and Twitter each have policies against people or groups posting violence or hate speech.

“Ultimately people ask, ‘What do these plaintiffs want?’” Altman said. “Most important, plaintiffs want no more funerals. Nobody should lose a loved one … to a terrorist attack when there are entities and organizations that can do something about that and can accept responsibilities for their actions.”