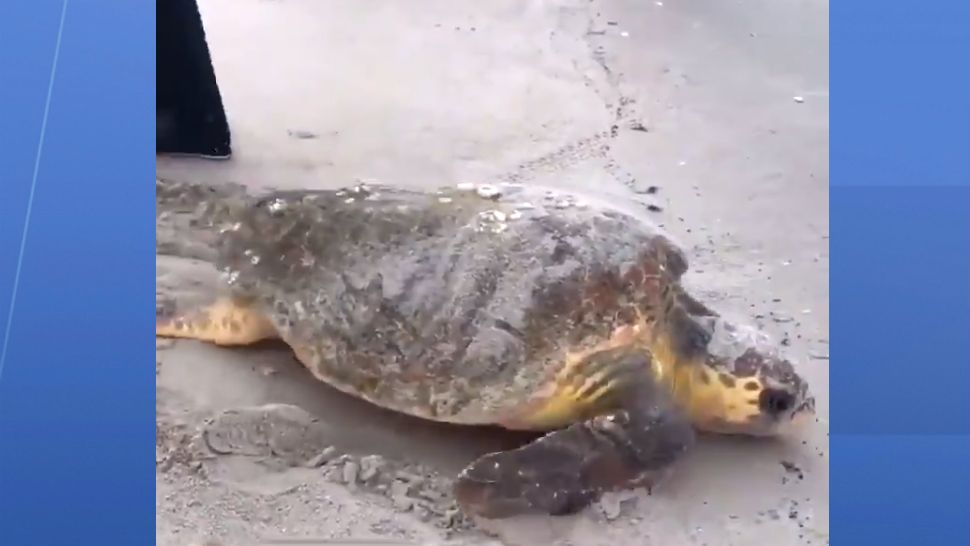 From June 2018: A Brevard County man discovers a nesting sea turtle during the day. (Courtesy of Gary Stern)

As Nesting Season Winds Down, FWC says Sea Turtles Had Another Good Season

INDIALANTIC, Fla. — It’s been another good year for sea turtles, as another nesting season winds down.

Florida Fish and Wildlife Conservation Commission says turtle nests on 800 miles of documented Florida beaches are at 2017 levels -- that's in the neighborhood of 150,000, including Loggerhead, Leatherback and Green turtles.

For Donna Simons, hearing that local sea turtles are prospering again this year puts a smile on her face.

She volunteers for Brevard County's Sea Turtle Preservation Society, a group dedicated to protecting the species.

“In the overall picture we were low, but it's a normal low. Nothing usual, no hurricanes washing them out. The red tide had no effect, so we are good,” Simons said.

Nesting season runs from May 1 through October 31.