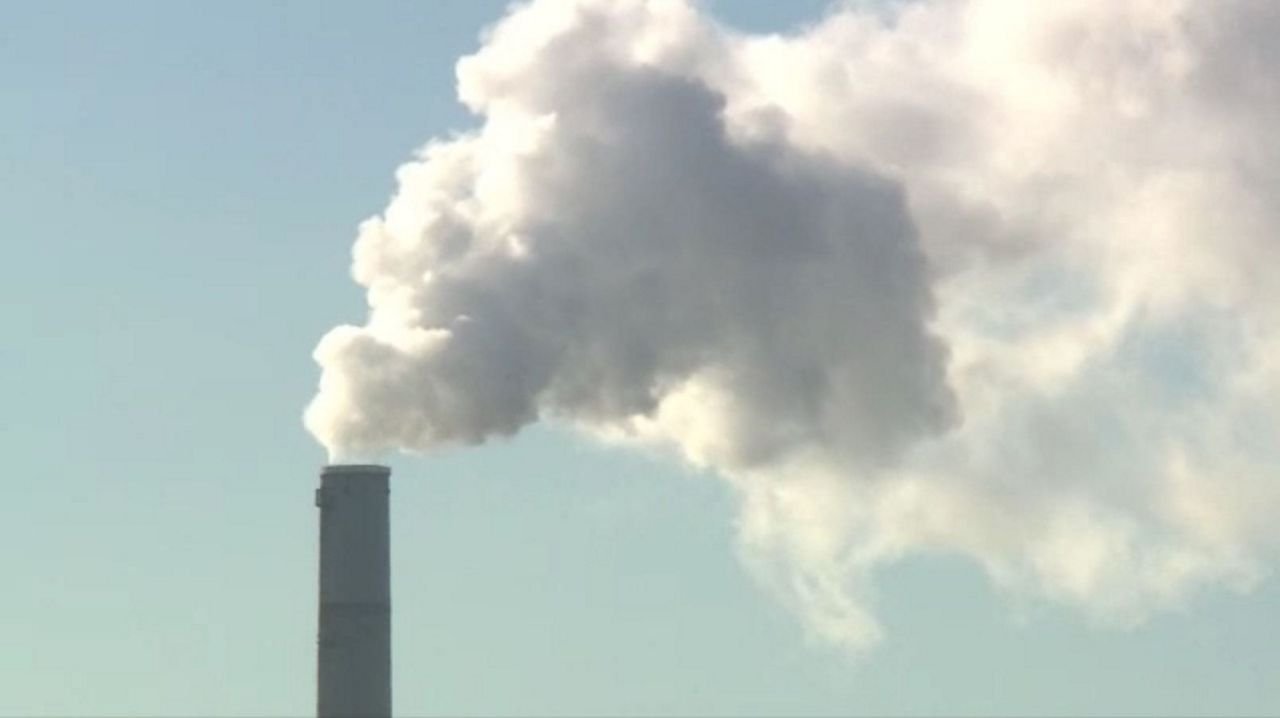 WASHINGTON — Days after the release of two reports, detailing the dangers of climate change, a bipartisan group of lawmakers in the House of Representatives is introducing legislation to do something about it.

“It’s not a partisan issue. This is an issue of doing what’s right for the environment," said Christ, who represents St. Petersburg.

This coalition of lawmakers on both sides of the aisle say enough is enough — it's time to make a change.

"A lot of people don’t seem to get that. You can be very conservative in many areas, very good strong conservative Republican, at the same time, we want to protect the environment," said Republican Rep. Rooney, who represents Naples.

The big idea behind this legislation is that it would charge fossil fuel companies a tax for their carbon dioxide emissions and give the money collected back to every American in the form of a dividend. The proposed charge would be $15 dollars per metric ton of carbon emitted, and the price would increase by $10 dollars every year afterward.

This comes days after President Donald Trump told reporters he doesn’t believe his own government’s climate change report, which predicts quality of life and economic growth will suffer.

“I think what we need to do is understand that very intelligent people within the administration came up with that report. You can’t ignore the facts," Crist said.

Three of the bill’s cosponsors are from Florida, a state that has already faced the brunt of warming temperatures due to rising sea levels and intensifying storms.

“I think Florida is probably more at risk than any state, at least South Carolina, North Carolina and Georgia have high lands a few miles in — we do not," Rooney explained.

The bill, which has been in the works for months, isn’t likely to become law this Congress. That’s because all bills that aren’t passed and signed by the president before the end of the year will expire. However, lawmakers intend to reintroduce it next session.

“We have a Democratic house, a Republican Senate. What better time to work in concert, in a bipartisan way, to do what’s right for the people of America and the people of Florida?" Crist said.

This is second major carbon tax bill introduced by a Florida Republican this year. Rep. Carlos Curbelo's (R-Florida) Market Choice Act would have placed a higher tax on carbon, and then that money would go toward funding infrastructure projects and could offer a dividend for taxpayers below a certain income threshold, instead of everyone.

The bill did not have bipartisan support and isn't likely to be reintroduced, as Curbelo lost reelection and will not return to Washington next session.

The bill aims to reduce carbon pollution by 40 percent within 10 years with a 91 percent reduction by 2050.