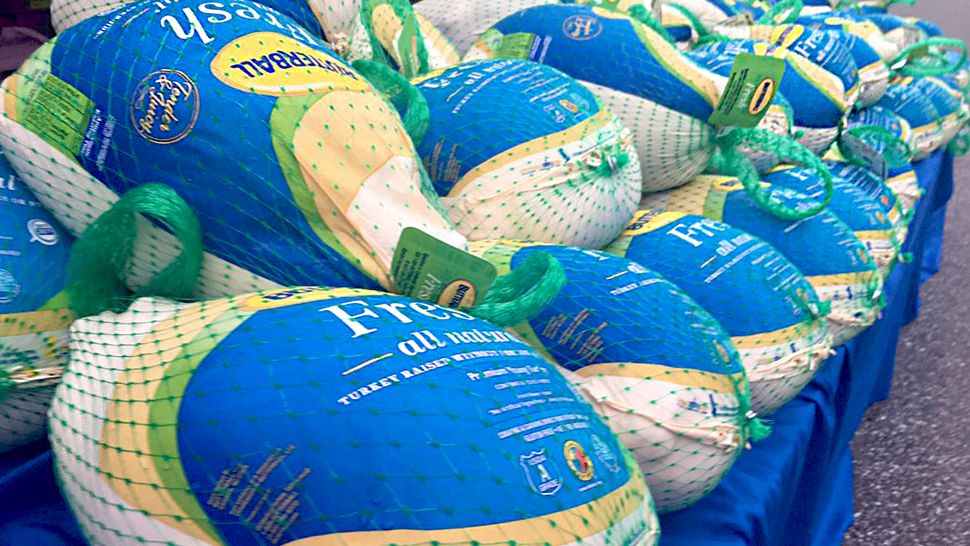 ORLANDO, Fla. —The country is just two days away from Thanksgiving, but there are still many families who are going through a rough patch.

That is why on Tuesday morning, people are lined up in Orlando at Pendas Law Firm, waiting for a free turkey.

The first people in line got to the law firm at 4 p.m., Monday.

The line starts in front of the Pendas' law office and comes all the way down to Summerlin Avenue.

This is the 10th year for Pendas Law Firm's free turkey giveaway.

Lou Pendas figures they have been able to feed more than 150,000 people over the past decade.

He started this giveaway during the height of the recession, when a client of his begged him to buy him a turkey because he could not afford one.

Pendas decided to hand out a thousand turkeys to a thousand families. And even though the economy has recovered, there is still a big need out there.

"The lines seem to be getting bigger we experienced that in Fort Myers and Tampa as well. So I don't know what's contributing to that but certainly the need is still there and the good economy hasn't quite trickled down to the very poor," Pendas said.

The turkey giveaway has expanded, in addition to Orlando, his law firm has also handed out free turkeys in Tampa, Fort Myers, Miami and Jacksonville.

Across the state, Pendas and his helpers are giving away 3,000 turkeys this year.

They will start handing out turkeys at 8:30 a.m., Tuesday, and it is first come, first serve.