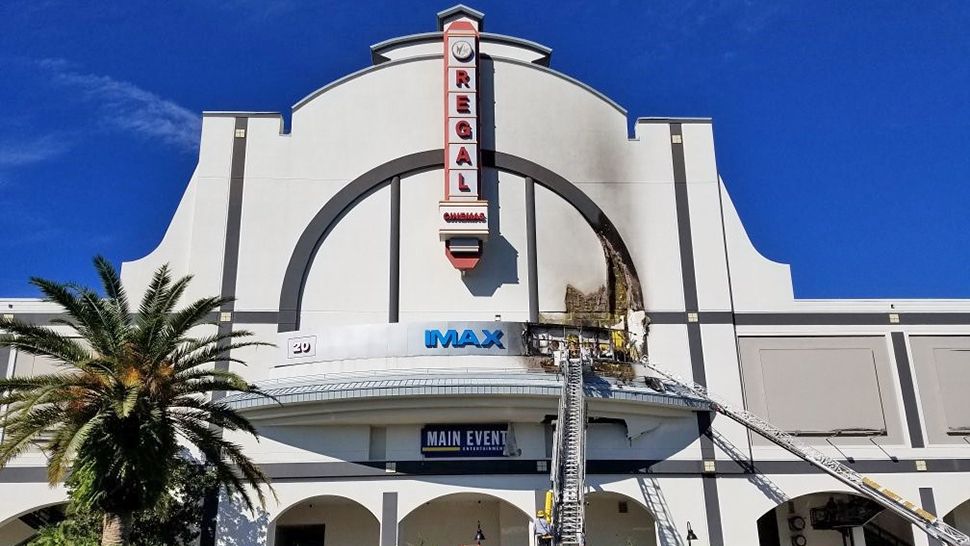 No one was injured when part of the IMAX sign caught on fire. (Courtesy of Orange County Fire Rescue)

No one was injured.

Orange County Fire Rescue said in a tweet that the theater at 9101 International Drive was evacuated, and all employees were accounted for.

Crews put out the fire, but they haven't said how the fire started.

#BuildingFire 9101 International Drive: Reports of flames coming from the IMAX sign of movie theater. Crews have confirmed good knockdown. Theater has been evacuated and all employees are accounted for. IMAX has light haze but smoke is beginning to clear. pic.twitter.com/XMc2kcr2lT