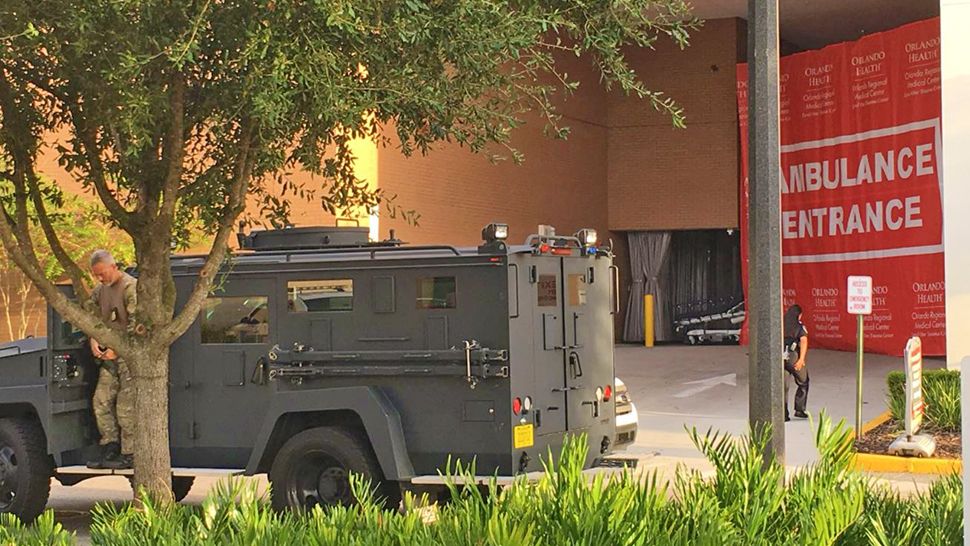 1 of 2
The Orlando Regional Medical Center was placed on lockdown after a man who claimed to have had a gun said he was a suspect in a homicide case and that he was going to end "right here, right now," said police. (Orlando Police Department) 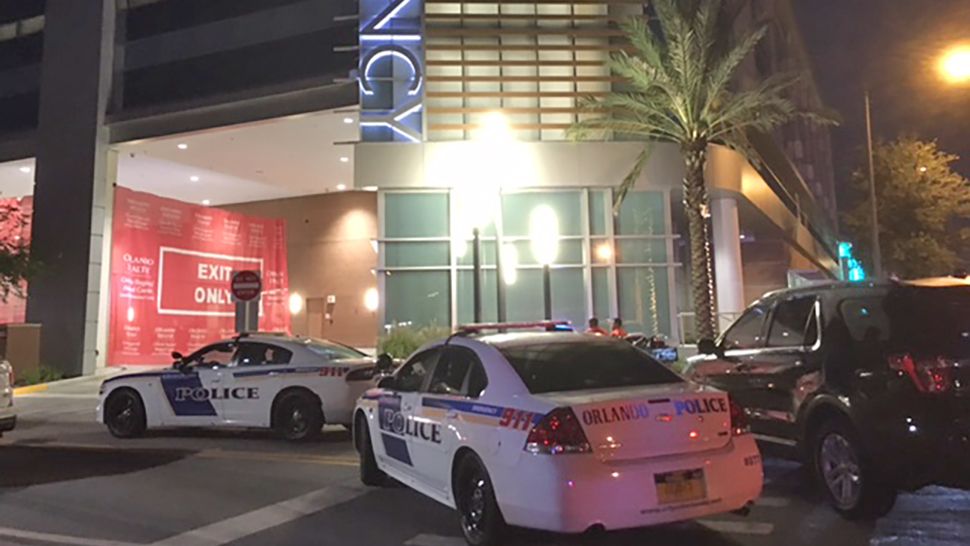 ORLANDO, Fla. — A man who claimed to have had a gun in the emergency room at the Orlando Regional Medical Center early Monday morning was killed by officers when he made threatening movements, according to Orlando Police Chief John Mina.

That man has now been identified as Brian Baker, 34.

Early Monday morning, the Orlando Regional Medical Center was placed on lockdown after Baker, who claimed he had a gun, reportedly said he was a suspect in a homicide case and that he was going to end "right here, right now," said Mina during a news conference Monday morning.

Mina said police are trying to figure out what murder case the man was talking about.

Sometime during the overnight, Baker was taken to ORMC from downtown Orlando for some type of medical condition. Baker was described as quiet until he arrived in the emergency room, where he started making the statements.

A hostage negotiator tried to resolve the situation peacefully.

“There were patients close by that needed care from the hospital, so the decision was made to approach the suspect," Mina said. "He made movement consistent with reaching for a firearm. And he was shot and killed by three officers here.”

Baker was not armed, Mina added, who also said that no one was injured.

Police say Baker had a bus ticket to Kentucky from West Palm Beach and was on a layover. He apparently did not have any Orlando-area ties. Police have contacted his next of kin.

The officers who shot and killed Baker are on paid leave, which is standard procedure, as the Florida Department of Law Enforcement will be investigating the shooting, Mina said.

It’s still unclear if the hospital attempted to search Baker. Orlando Police Chief John Mina said he doesn’t believe Baker would’ve been searched as he was transported to the hospital.

In a statement, ORMC says patient searches are part of their security protocol, but they didn’t specify when or how searches are conducted.

Already in the emergency room with her sick daughter, one woman said hospital security kept her and her daughter hidden from Baker’s view while police were confronting him.

“Nobody [could] walk into the hallways. They’re telling everybody go back, or close this door, nobody can come and they just cleared the hallways,” said Sandy, who did not want to give her last name.

The hospital was on lockdown for several hours.

“I just listened to them, hid like they said, and then they talked about the gun and I got kind of scared, like 'OK, what’s going to happen now – is this guy going to run around the halls and shoot people?'” said Alexis, who was getting treatment in the emergency room.

Orlando Police say they had to consider nearby patients when negotiating with Baker.

“I think if the patients nearby hadn’t needed care from the hospital right away, we would have to tried to talk to him longer,” said Mina. “Crisis negotiators did try to get him to peacefully surrender, which he did not.”

After police shot and killed Baker, the police investigation continued where the shooting took place, but normal operations resumed elsewhere in the ER and throughout the rest of the hospital.

An ORMC spokesperson said curtains, which covered the outside entrance to the ER for several hours, were to protect patient privacy with many news cameras nearby.

For patients like Alexis, the ordeal made an already bad night even worse.

Orlando Regional Medical Center is offering counseling for anyone involved in the situation who might need someone to talk to.​