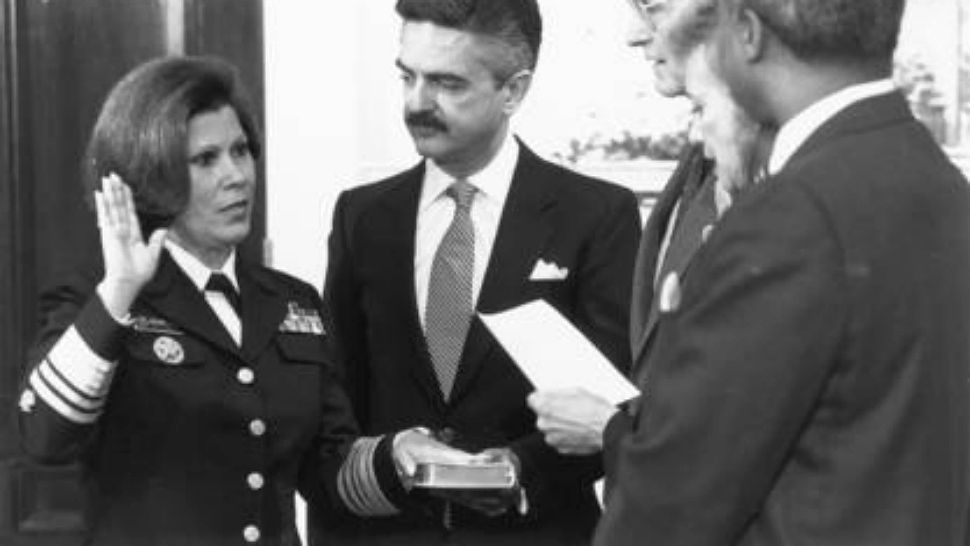 ORLANDO, Fla. — During Hispanic Heritage Month that runs from Sept. 15 to Oct. 15, Spectrum News is committed to bring you the stories of local Hispanic leaders making a difference in our Central Florida community.

Dr. Antonia Novello was the first woman and Hispanic to serve as the United States surgeon general.

“I have a feeling that what I was doing at the time was something that put me in the eye of those looking,” said Novello in an interview with Spectrum News.

“If you don’t use what God gave you in the moment of crisis, then you don’t deserve to have been named Surgeon General of the United States,” she said.

“I was in charge of finding out that AIDS was very much prevalent in children under the age of 5; I also wrote a book on women’s health,” she explained.

Novello remembers how back then, the term “Hispanic” or “Latino” was not a form of identity.

“Even the Centers for Disease Control had Latinos as 'others.' We didn’t even have a credential to identify us, although the AIDS epidemic was very much into the Latin community. So we’ve come a long way trying to establish ourselves,” she said.

Her life experience prepared her to face the worst, most recently with her homeland destroyed by Hurricane Maria.

“I have the feeling that the crisis of Sept. 11 of where I was the health commissioner of the state of New York during that time, and Maria has really prepared (me) for covering emergencies from what you learned from another one,” Novello said.

In the past year, Novello has traveled to Puerto Rico 17 times.

“First it was food and water, then it was taking care of the sick, and now, reconstruction.”

She said her heritage is what keeps her motivated to continue helping others.

“Someone asked me: 'What are you doing here? Which group called you?' I said, ‘Are you out of your mind? I’m Puerto Rican, my island needs me, I have knowledge, and I’m putting it exactly where I think it can be used.'”

Novello said in her free time, she enjoys time with friends, and even joked that as a Puerto Rican woman, she always has someone to talk to over coffee or lunch.