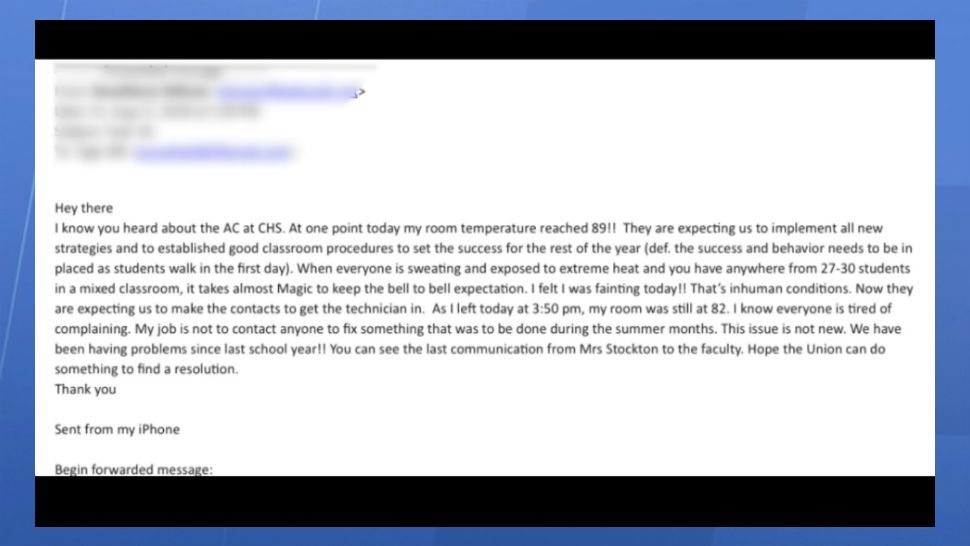 1 of 3
Facebook posts and emails
Screen shots of emails and Facebook messages show correspondence between teachers and administration regarding the high temperatures in some Brevard County classrooms. 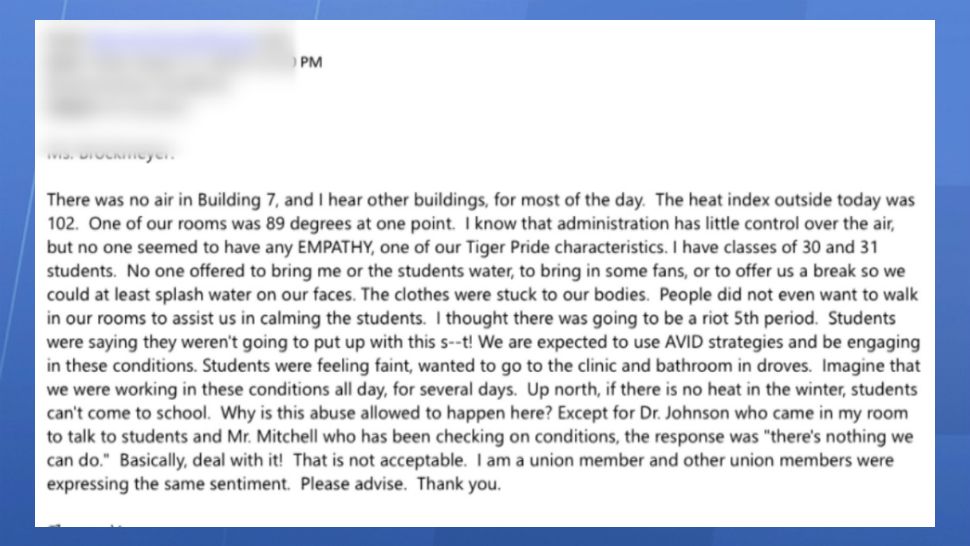 2 of 3
Facebook posts and emails
Screen shots of emails and Facebook messages show correspondence between teachers and administration regarding the high temperatures in some Brevard County classrooms. 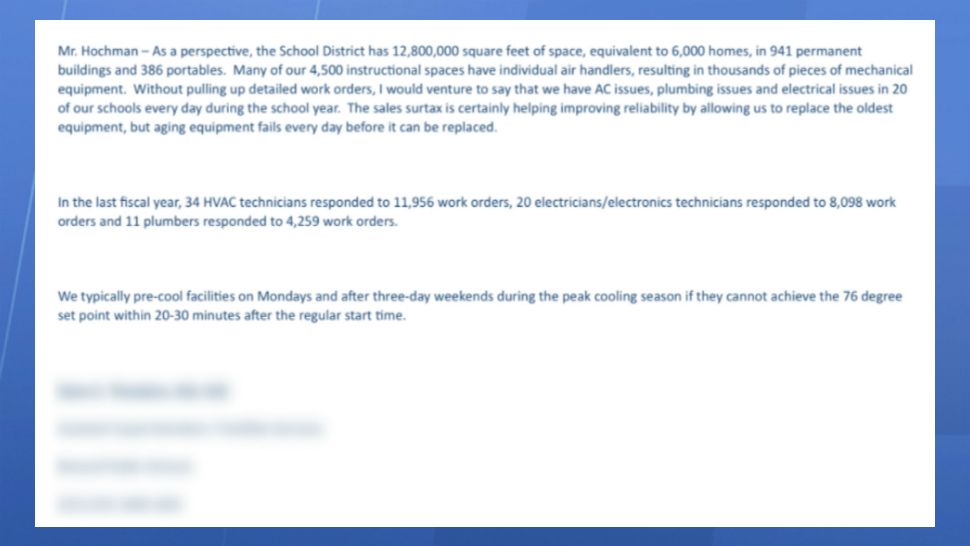 3 of 3
Facebook posts and emails
Screen shots of emails and Facebook messages show correspondence between teachers and administration regarding the high temperatures in some Brevard County classrooms.

BREVARD COUNTY, Fla. — Some classrooms in Brevard County are reaching temperatures hotter than outside, parents, teachers and students say.

About 20 district schools a day experience some sort of air conditioning, plumbing or electrical issues, according to an email from Brevard Public Schools.

Some teachers say temperatures are reaching into the 80s and higher. According to the Brevard Federation of Teachers, a social media post about an HVAC unit reaching 104 degrees inside a classroom caught the attention of parents and students in the district.

Some schools in Brevard County are becoming too hot to handle! @MyNews13 speaks with teachers and a parent who say “it’s getting hot in here” pic.twitter.com/ULPPTomnVB

Since then, the post has gone viral with more than 100 shares and scores of comments -- with quite a few other disgruntled teachers dealing with similar conditions.

In a statement, Brevard Public Schools said: "We have had A/C issues at some of our schools. Remedying these problems is our top priority and we are working on them as quickly as possible."

Marcus Hochman, a teacher at Oak Park Elementary, said this has been an ongoing problem.

The Brevard Public Schools' assistant superintendent of facilities services said the district is addressing air conditioning work orders for several individual rooms, but the only schools that have significant air conditioning issues to their knowledge are:

Steve Brozny said he had no idea his sons were dealing with similar conditions at Viera High for the past couple of years. He only found out about the issue after Spectrum News 13 notified him.

He said the school hasn't tried to contact them to let them know there's an air conditioning problem.

He's now going to ask his sons every day about the temperature conditions in their classrooms.

Hochman, the elementary school teacher, wonders how a district with 34 HVAC technicians is not be able to fix these ongoing problems.

"It's overwhelming. It's too hot for teachers to teach and students to learn," he said.

Brozny now says he's going to go to School Board meetings to get his voice heard.