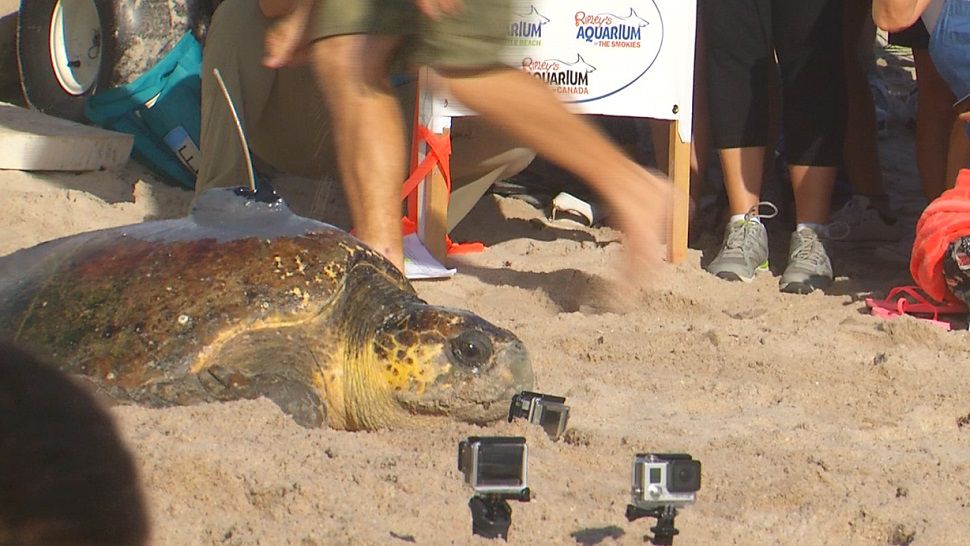 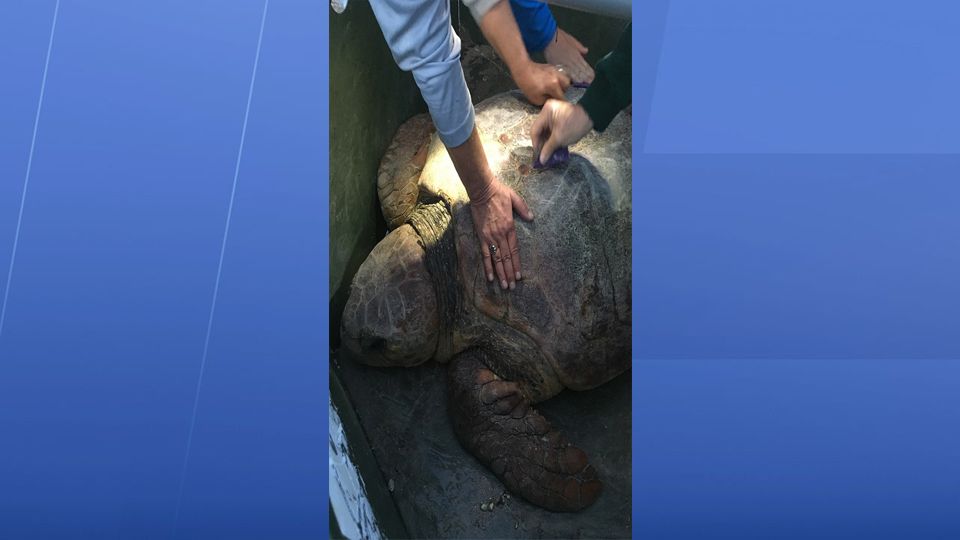 MELBOURNE, Fla. -- A one-of-a-kind marathon kicked off Sunday morning, but the athletes in this race use flippers instead of feet.

The event was created by the Sea Turtle Conservancy and it's purpose is to learn more about the threatened species, including their migration patterns.

"These girls, by tracking them, give us all types of information about where they go all over the world," said Heather Stapleton, Sea Turtle Conservancy volunteer.

The turtles, which were dubbed Turtlelette and Bion, were found the night before along the beach at the Archie Carr National Wildlife Conservancy after they nested.

Volunteers were up before dawn Sunday preparing Turtlelette and Bion for the three-month relay.

"We watch them all the time," said Carol Sperry.

She was one of hundreds of people who poured onto the beach for Sunday's events.

"Some of them go really far, and some of them stay pretty close to the same area so it's interesting to watch," said Perry.

After nesting, loggerheads will go back out to sea to forage for food. Now that they're strapped with satellite transmitters, Marine biologists will be following along on their journey for food.

Sea turtles look for subtropical climates to nest, and when searching for food they will swim to warmer waters where they can feed on sea grass. Loggerheads can travel hundreds, or even thousands of miles for food.

An interesting habit scientist have noticed about sea turtles is that they usually return to the beach where they were born to nest.

Scientists don't yet know exactly how sea turtles are able to remember how to navigate back to where they hatched. However, events like Tour de Turtles is helping to bring them closer to uncovering more about the threatened animals.

Turtlelette and Bion are two of 18 sea turtles that will be tracked during the 11th annual Tour de Turtles marathon.

If you'd like to learn more about the event, or track the animals on their journey click here.