EUSTIS, Fla. -- A Eustis Police officer shot while confronting a man reported to have a gun was struck by a ricocheted bullet, police said Thursday.

Patrol Sgt. Kenneth Toler is at home recuperating with family after being shot in the leg during the incident Wednesday at an AutoZone on Bay Street.

Investigators said employees were inside the AutoZone when 21-year-old Dillan Shane Ezell walked in at about 2:15 p.m. and told them he had a gun and to call police.

Police surrounded the building, and Ezell came out, raising the weapon. He crossed his chest with one of his hands, and then shots rang out, investigators said. After several shots were fired, Ezell reached for the weapon, prompting officers to shoot a second time.

They later determined that the weapon was a pellet-style gun, not a real firearm.

Ezell's family said he was suffering from depression.

"He left a note on his computer kind of like a suicide note. He said to my mother, 'I'm going for a walk,' and he was very despondent in his voice. He said, 'I love you,' and gave her a hug. She thought that was very strange activity before he left," said Jeffrey Ezell, the man's uncle.

"I have so much good that I can say about Dillan prior to this happening ... he was probably depressed about his weight and trying to get a job," Jeffrey Ezell said.

Investigators said Toler was injured after a bullet fired by officers ricocheted off a concrete pillar, striking him in the leg.

Laura Taff and her kids, including 8-year-old daughter Esther, were watching television when she heard a series of pops.

"I looked out the front window and I saw a police car with the employees from the AutoZone crouched down behind it," Taff said.

Taff heard an officer tell the employees to stay down, so she did the same with her family.

"I told my girls to get on the floor. That scared them a little bit, but we didn't know if the shooting was over. A few minutes later, I saw the officer tell the employees they could get up," Taff said.

Police said there were three officers involved in the shooting, but Toler was not one of them.

Toler, a 10-year veteran of Eustis PD, went home Thursday with the bullet still in the leg, too dangerous to remove, according to his family. He's expected to recover from his injuries.

The Florida Department of Law Enforcement is investigating the shooting. 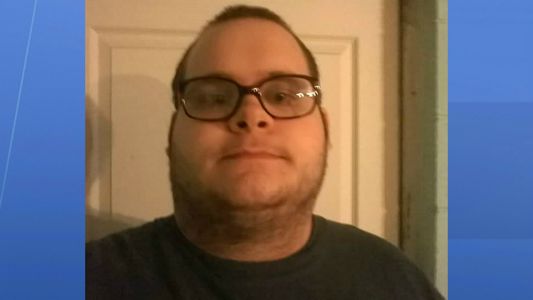 Dillan Shane Ezell entered an AutoZone store with what appeared to be a gun, police said. During an exchange of gunfire, Ezell was shot and killed. (Jeffrey Ezell)