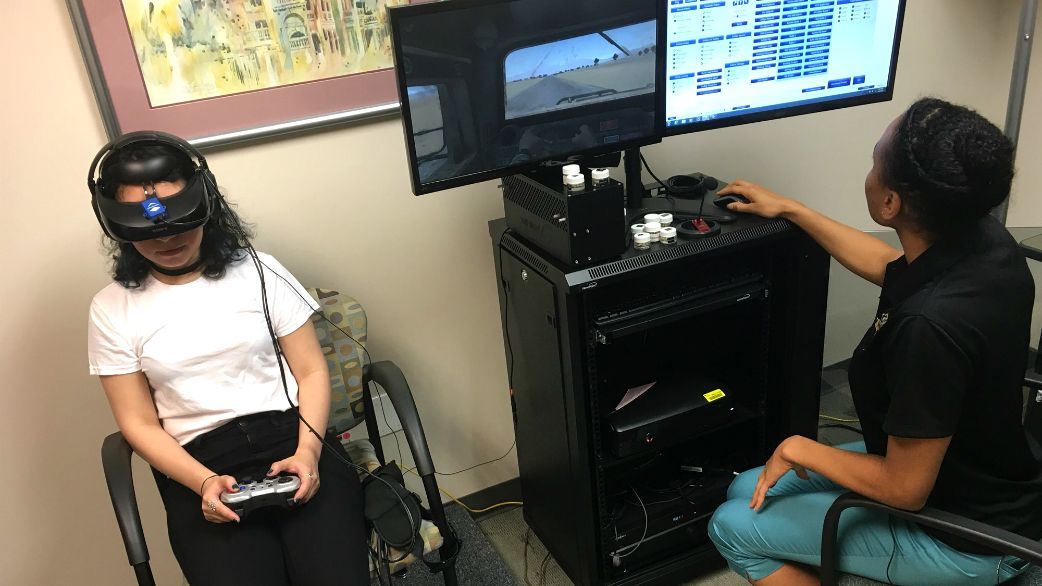 ORLANDO, Fla. -- A $10 million grant is allowing a local program aimed at helping veterans to greatly expand its reach.

Since 2011, UCF Restores has treated those suffering from PTSD for free using virtual technology, recreating the sights, smells and sounds of war.

But the hefty grant from the U.S. Army will allow the program to focus on other suffering sectors of the military: active duty personnel and those who have been sexually assaulted.

Restores is hiring clinicians now ahead of setting up operations at Fort Gordon in Georgia, Portsmouth Naval Medical Center in Virginia, and Camp Lejeune in North Carolina.

“We went from not knowing whether we’d be able to keep this clinic open to … being able to put this treatment out in a number of places," said Beidel, recalling getting the signed contract this week. “I was extremely excited, I went running out into the hallway to tell everyone that the contract had been signed.”

For others like firefighter John Almskog who have sought treatment at UCF Restores, it's news worth celebrating.

“I think we’re getting there, especially with programs like UCF Restores, to be able to have an honest conversation," he said.

Years ago, a friend allowed Almskog to come along for a call. He stumbled upon the profession he now loves following his service in the Navy "almost accidentally."

“I jumped in the back of the truck and we went to a medical call," he said. “By the time I got back into the truck, I said, 'How do I do this for a living?'"

But 20 years of calls took its toll on Almskog; he saw a lot, many graphic scenarios seared into his memory. He was diagnosed with PTSD in April.

“The issue then becomes I still need to do what I need to do. You store all those things for years and years," he said.

Almskog began having visions of things happening and found himself hyper-vigilant, even jumping into pools at children's birthday parties to prevent a future tragedy.

But the firefighter, now trainer for the Lakeland Fire Department, found UCF Restores, started going once a week for several hours to exposure therapy, and saw results.

According to Beidel, 67 percent of people who finish their three-week program no longer meet diagnostic criteria for PTSD. Their relapse rate is one percent.

“There’s still a stigma that people have to pull themselves up by the bootstraps and get over this. You can’t do that," Beidel said.

Last year, UCF Restores received $2.5 million from the state, helping them to keep their doors open on campus. This year, another $500,000, also from the state, is assisting with treating first responders and victims of mass shootings, like Pulse and Parkland.

Now, as UCF Restores looks to open a small clinic in Brevard County on the school's Cocoa campus this fall, they're awaiting another $3 million from the federal government which will help them tailor scenes to first responders.

“What our first responders see in some ways is very different than what our veterans and active duty personnel see, and that's an important difference," Beidel said. "As we've said before, there's no VA for first responders. Someone has to take on this job."

“When I was diagnosed, I sat them down and I told them," Almskog said of telling his children, tears brimming in his eyes.

While that moment was difficult, the firefighter said that sharing his story with others -- including new firefighting recruits -- gives him hope.

“I tell them these are things that I live with. So you need to be aware of these blind spots," he said. “At the other side of it is, 'There’s my life back.'"