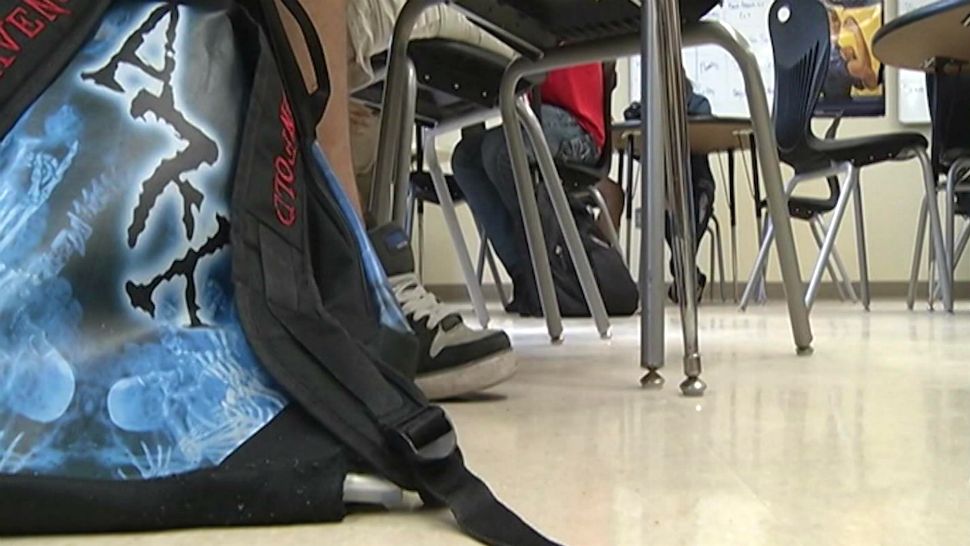 While most kids live normal lives, focused in the center of smile-filled family photos, many children do not.

More than 21,000 kids were in Florida's foster care system in 2016-17, according to Florida Department of Children and Families data. Of those, almost 5,000 were in Central Florida.

"Foster care is a terrible event for a child, to be removed from your home... For a child, this is a traumatic and damaging event," said Glen Casel, CEO of Community Based Care of Central Florida.

Casel oversees the agency that helps care and provide for foster children in Central Florida.

Foster care on the rise

A rise in opioid abuse has led to a spike in the number of children being removed from their parents' care and ultimately placed in the care of foster parents or extended relatives.

Central Florida has the second highest number of children removed from their parents' care in the state because of substance abuse issues, behind Florida's Suncoast region.

"The majority of our cases are families that are struggling," Casel said. "Substance abuse is right in the center of the reason for foster care."

The number of children entering foster care is growing at a rate far quicker than any funding to help address the challenges.

Florida spends less than the national average per child in foster care, according to U.S. Department of Health and Human Services data compiled by the Annie E. Casey Foundation.

Florida spent about $292.70 per child in foster care in 2010. That's less than the national average and less than states such as California and New York.

Despite spending fewer dollars on child welfare care compared with other states, foster advocates in Florida say the state has found much success.

U.S. Department of Health and Human Services data in 2015 show a child in Florida spent about 8.6 months in foster care.

In New York, where spending per child is almost double that of Florida's, children spend almost twice as long in foster care, close to two years.

An exit from foster care is defined as a child being adopted or reunited with their parents.

How can a state spend less money but find more success?

"In a community-based model, which is not common, usually it would be DCF doing all of the work, and so having these nonprofit agencies manage kids is kind of unique, and it's worked out really, really well," Casel said.

In 1998, the Florida Legislature passed a measure that took welfare services out of the hands of DCF and transitioned it to private, nonprofit entities. Today, there is a network of 17 such organizations in Florida, including Community Based Care of Central Florida, which is contracted by DCF to provide child welfare services.

The Florida Department of Children and Families spends almost a third of its approximately $3 billion budget on child welfare services.

Under former Gov. Jeb Bush, the state got an exemption to be allowed to spend federal dollars on prevention and diversion services. The change has allowed Florida to incentivize results from those programs, instead of basing funding simply from the number of kids in foster care.

Casel says this setup has made Florida a model for other states.