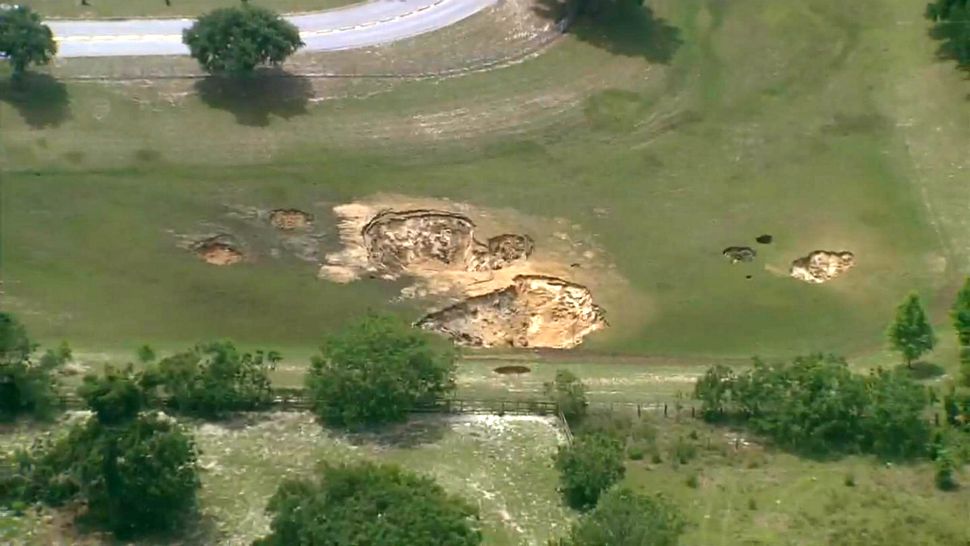 Large depressions can be seen on the campus of Forest High School in Ocala. The potential sinkholes were not affecting school activities, a spokesman said. (Sky 13)

OCALA, Fla. -- More potential sinkholes have opened up near an Ocala high school -- the latest in a series of holes that have opened up in Marion County recently.

Sky 13 flew over the campus of Forest High School just after noon Tuesday, where a couple of large depressions could be seen in a field on campus.

A school official said he didn't know how big the "openings" were, but they weren't visible from the front of school. He said they were in a designated water retention area, and they weren't having an impact on campus activities.

The openings at Forest High marked the third time in the past few weeks that the ground has opened up around the county. Late last month, people were forced from their homes in the Fore Ranch area. Four more sinkholes opened up in the Calumet Grove community on Monday.