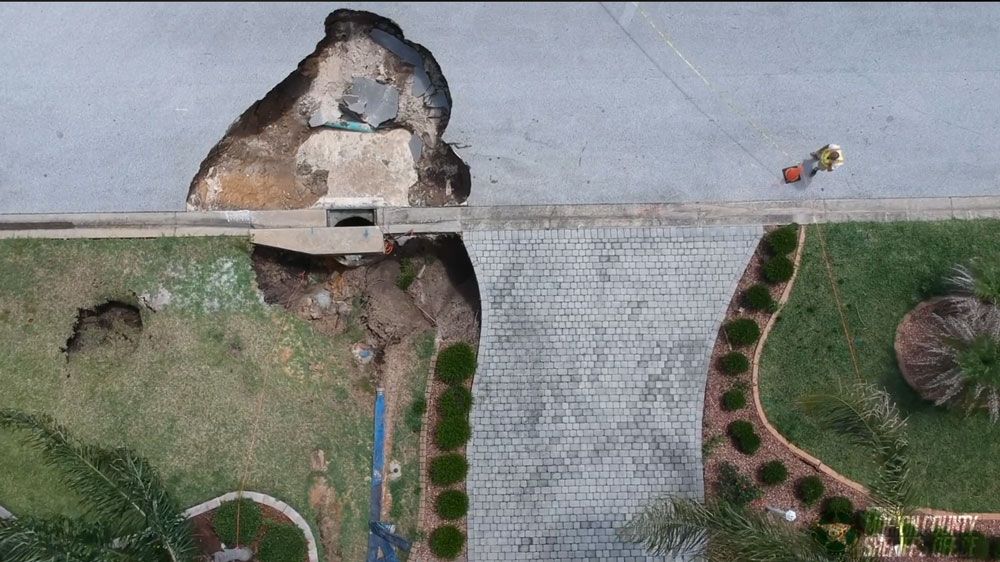 New sinkholes open up near The Villages homes condemned in February

THE VILLAGES, Fla. — Four new sinkholes have opened up in The Villages, in the same area where sinkholes forced evacuations months earlier.

Four sinkholes opened up in the area of SE 79th McLawren Terrace and 171st McAlpin Street, in the Calumet Grove community, according to Marion County Sheriff's Office.

One of the sinkholes opened in the road, two were found on individual properties and a fourth reopened under a lake on the golf course behind the homes.

Marion County officials tell reporter Matt Fernandez that the biggest one is about 30 feet deep and 25 feet long.

The sinkholes are near two homes in the area that had to be evacuated because of sinkholes last February. The residents were never allowed to return to the homes.

“I am concerned; I am in this area,” said David David LaPlante, a resident in the Villages, who's lived in the neighborhood for 19 years.

“It’s one heck of a problem, because its in the street,” he said.

Another resident, Frank Spiegel, lives next to the largest sinkhole.

“We are concerned and unnerved. It’s very difficult at night -- the slightest creek, it possibly could be another sinkhole being formed,“ Spiegel said.

No one else has been evacuated from the area yet.

In February, massive sinkholes also formed in the Villages and two residences had to be evacuated.

Marion County officials tell Spectrum News 13 they will continue to monitor the situation.