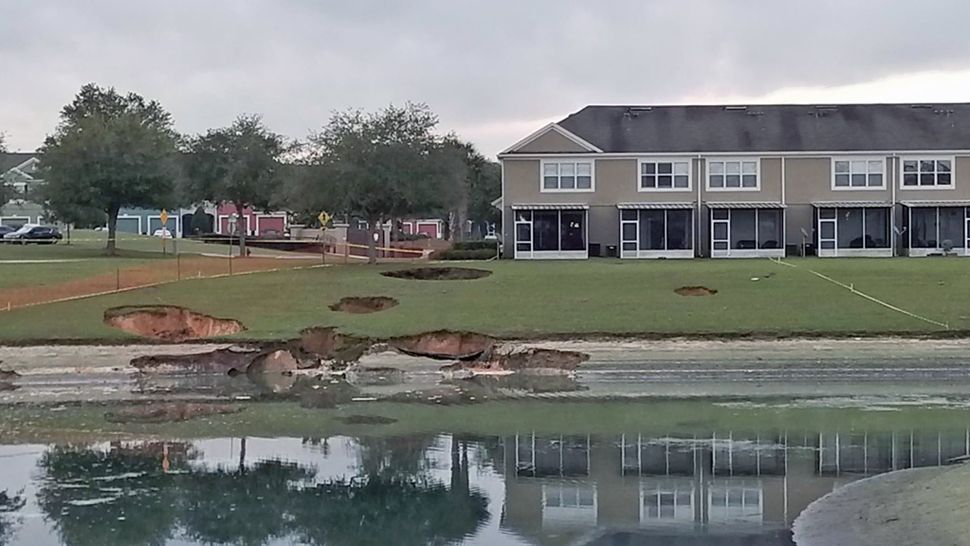 Several sinkholes opened up in an Ocala community last week, forcing some residents to evacuate. Officials don't know yet what caused the sinkholes.

New sinkhole opens in Ocala neighborhood where homes are evacuated

OCALA, Fla. — Another sinkhole opened up over the weekend in an Ocala community where sinkholes have already led to eight homes being evacuated.

Ocala officials say the small hole opened under the sidewalk in the area of SW 55th Circle and SW 42nd Place in the Fore Ranch community, not far from the area where six sinkholes opened last week.

An engineering firm is supposed to continue testing this week to figure out what caused the sinkholes and what can be done to fix them.

The sinkholes began popping up in the area of a retention pond and drained the water. Eight homes were evacuated in Fore Ranch and an additional community, Wynchase.

Officials initially said the sinkholes may have been caused by a water main break, but at this time engineers are not sure.

The Red Cross is helping the evacuated residents. It's not known yet when they will be allowed back home.