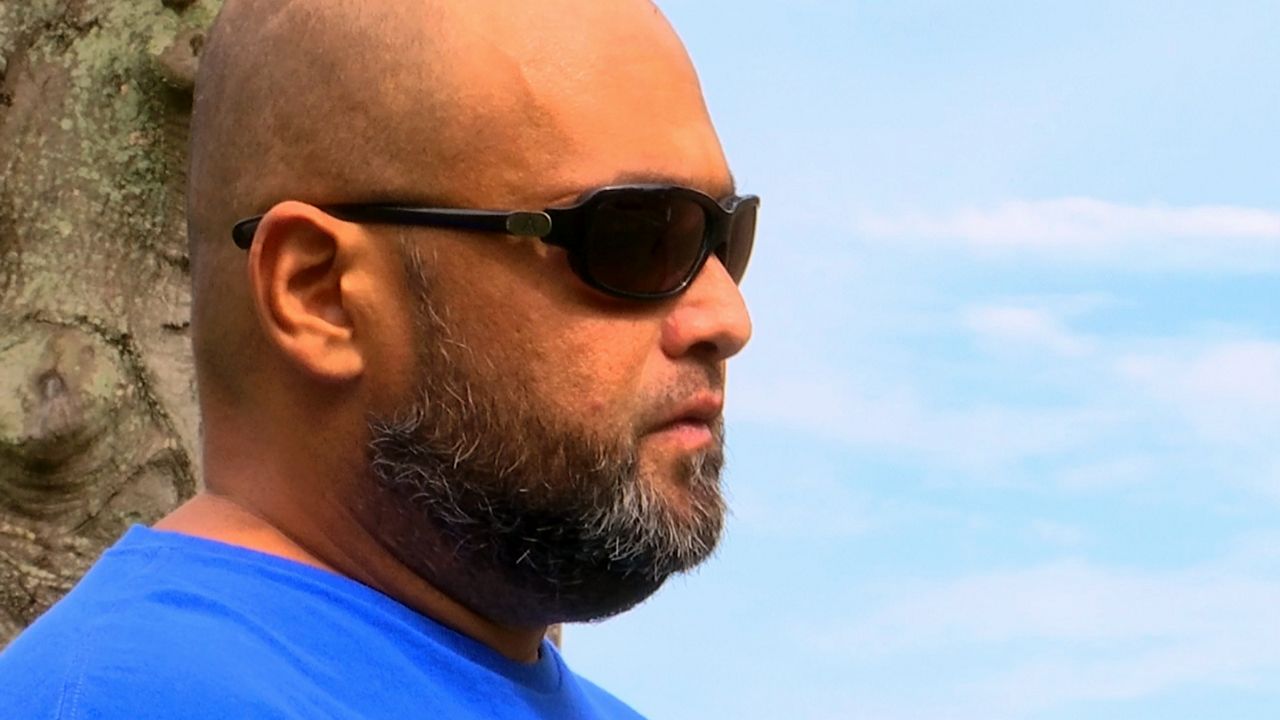 Roberto Rodriguez is just one example of the many Orange County residents struggling to make rent. (Molly Duerig/Spectrum News 13)

ORLANDO, Fla. — The COVID-19 pandemic has put millions of Floridians out of work, making it difficult or even impossible for many of them to pay rent. But the problem didn’t just come out of nowhere.

Last year the National Low Income Housing Coalition ranked the Orlando metro area of Orlando, Kissimmee, and Sanford as the least affordable place in the country to live.

Roberto Rodriguez is just one example of the many Orange County residents struggling to make rent. Although he and his wife already lived paycheck to paycheck before the pandemic, the virus has made everything harder.

Rodriguez suffers from Graft-Versus-Host Disease, or GVHD — a side effect from his second bone marrow transplant, which he received as a treatment for his lymphoma. The disease moves through the body, affecting different areas. Right now, most of Roberto’s pain comes from his constantly dry eyes.

“For the past [three years], I haven't produced tears,” Rodriguez said. “So [my eyes] are always, always in pain and discomfort.”

He wears a pair of ski goggles to fend off the intense irritation he experiences from dust and the sun. Rodriguez also has to purchase pricey eye drops to ease his discomfort — just one more expense in a time when means are short.

Since Rodriguez is already immunocompromised, his doctor advised him to stop working during the pandemic. His wife lost her job as a school bus driver for Orange County right after the spring break. Without either of them bringing in revenue, paying their $1,100 rent for their one-bedroom apartment in Union Park became nearly impossible.

“Before the pandemic, we were struggling,” Rodriguez said. “It's not that everything was fine.”

But, Rodriguez said, they were “almost okay” before the pandemic. Losing out on both their incomes changed all that. After piling all the money they had together to pay rent for April, Rodriguez and his wife Migdalia Wharton weren’t able to pay for the next two months.

Fortunately, their landlord negotiated with them, and agreed to divide up those funds they owe into their next three months of rent payments. That means that for those next three months, their rent will be even higher.

“Now the rent is going up, and I'm the only one [who] started working,” Rodriguez said.

A few weeks ago, Rodriguez gave in. He took a contract position as a low-voltage technician, installing electric equipment like alarm systems. Wharton didn’t know he was even looking for jobs, but as Rodriguez explained, he felt he had no choice.

“I have to. We had to. We needed the money,” Rodriguez said. “An opportunity came up and I took it.”

His GVHD makes the work incredibly difficult. He’s in pain all the time. It’s not a long-term solution for him. And his pre-existing condition makes him even more vulnerable if he does contract the coronavirus.

“Every day I go out, I go out just in fear,” Rodriguez said.

The Housing for All Task Force

Like many Floridians, Roberto is rent-stressed, meaning he spends more than a third of his income on rent. With his wife still out of work until at least the fall, when public schools currently plan to resume, he has no choice but to work despite the risk.

Orange County’s Housing For All Task Force included a local trust fund as part of its ten-year-plan to create more affordable housing in the area. The trust fund, already passed by an ordinance in March, has $10 million allocated towards long-term affordable housing solutions.

But before a single dollar of that money can be used, a detailed spending plan needs to be approved by the county commission. And as with many other projects, COVID-19 has delayed progress.

“We got pushed back with COVID,” said Mitchell Glasser, manager of Orange County’s Housing and Community Development Division. “But we're planning to bring that to the county commission [on] August 11 as a work session.”

In the meantime, Roberto has managed to receive some short-term relief. The Community Action Partnership of Orange County helped him source $350 from the Low Income Home Energy Assistance Program (LIHEAP) to pay for utilities.

But that money won’t keep the lights on for long.

“There is a big community that cannot pay the rent. It's too high,” Rodriguez said. “Everybody deserves a chance, an opportunity to better themselves. And if you provide the tools, that can happen.”

Members of the Housing For All Task Force said they do hope to make that happen for residents of Orange County.