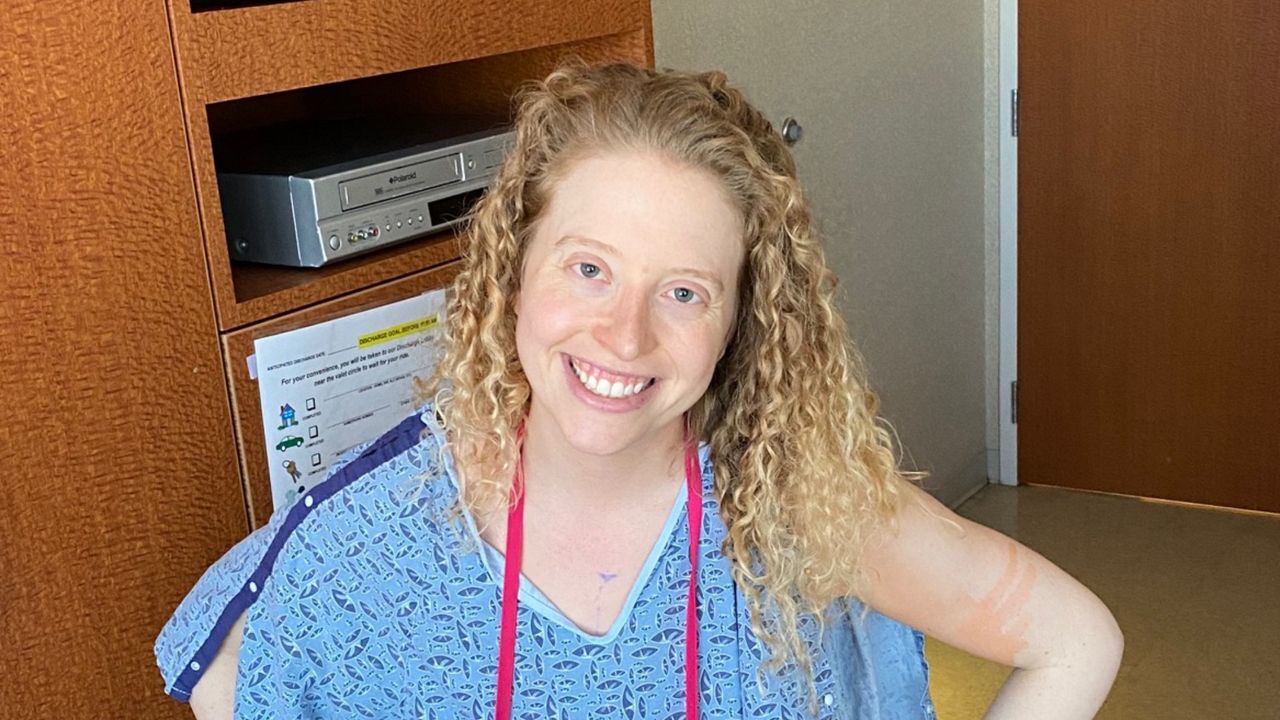 “I can just stop it before it ever even has the chance to affect me. So even though it was really scary, it was also empowering that I was able to make this decision and also change my life,” Amy Safety recalled. (Photo courtesy of Amy Safaty)

Central Florida Woman Took Steps to Being a Cancer ‘PREvivor’

ORANGE COUNTY, Fla. —  After Amy Safaty was told she was a candidate for breast cancer, she decided that a good defense is a good offense.

Amy Safaty knows a thing or two about health. After all, she is a pharmacist.

Recently, she learned something new about how to take her health into her own hands.

Safaty found out she was carrying a mutation in a gene meant to keep cancer away, called BRCA 2.

“One test can instantly change your life and your outlook on things," said Safaty. "Right away, the doctor was like ‘Oh you need to see an oncologist, and a genetic counselor. And the best thing for you to do is to have a mastectomy.’ And I was like, Woah, I’m 27.’”

“We know that they are very closely involved when they are mutated, with increasing a woman’s chance of getting cancer (breast and ovarian), and sometimes other cancers (like pancreatic) over the course of your lifetimes," said Gibson.

Safaty soon found herself in and out of hospitals and doctors’ offices, screening every six months for breast cancer.

That was, until the bills, the anxiety, and the burden of Safaty’s family history became too much.

“I was just like ‘You know what? I’m tired of having to live in fear,’" she said.

At 29 years old, she decided to go through with her doctor’s initial advice, and get a double mastectomy.

“I can just stop it before it ever even has the chance to affect me. So even though it was really scary, it was also empowering that I was able to make this decision and also change my life,” she said.

Gibson says knowing whether or not you have the mutation can be scary, but it puts the power to prevent cancer in the palm of your hand.

“The more that we learn about BRCA 1, BRCA 2 and other genes that have now been implicated in hereditary breast and ovarian cancer, we really are expanding the panel of genes that we can test patients with," said Gibson.

A BRCA gene mutation can also increase risk for other types of cancers, including ovarian, prostate, and pancreatic cancers.

You can read more about the BRCA gene, including who is most at risk and who should get tested, on komen.org.​