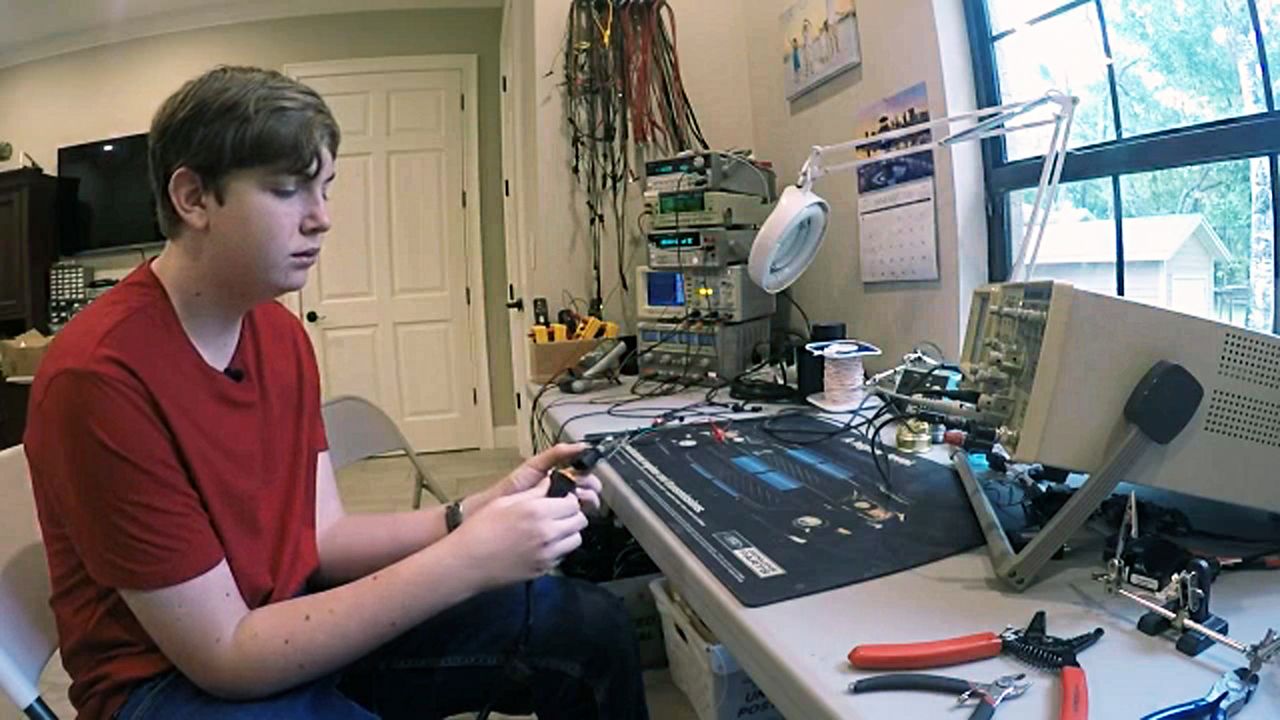 Everyday Hero: Teen helps give children mobility, one car at a time

ORANGE COUNTY, Fla. — Certain conditions make it nearly impossible for some kids to move on their own. But one Spectrum News 13 Everyday Hero is using what he knows to help a program that’s giving young children mobility — one car at a time.

Will Johnson enjoys taking what looks complicated and crafting it into something quite extraordinary.

“We make robots and compete with them, basically,” Johnson says.

When his homeschool robotics team, Renaissance Robotics FTC Team 5937, heard that University of Central Florida’s Go Baby Go! program needed some help tracking the movements of cars for children with limited mobility, Johnson got to work.

“They tried to make it before, but they didn’t exactly know how, so we found a way to make it,” he said.

Johnson, with some help from his father, designed a data recording device — similar to a black box but for toy cars — to measure movements.

“The cars can go anywhere and then they (the children) can go by themselves anywhere with the cars,” Johnson said.

The data collected will allow the program to show just how much the cars help the kids move around, and ultimately show the need for more cars for more families.

“I like the idea of that," he said. "It’s helping people that need it.”

He pitched the device to UCF during the height of the pandemic.

“We met online and virtually showed them how to use these,” Johnson said.

The data-collecting instruments are now in use — and at just the right time.

“All we seem to get is bad news, and so for us, to give a little bit of good news and some hope to some people and children that may not be mobile by themselves, is a great feeling,” said Chris Johnson, Will’s father.

Will Johnson says he will help UCF collect the data his devices capture. And now at just 16 years old, he is already dual-enrolled at Seminole State College with plans to study computer science and eventually work as a software engineer.

“Go into something that would be able to help people with their lives,” Johnson said.​