2020 ELECTIONSSanders Takes National Democratic Lead After Nevada Caucus Win
WATCHDOGHow Can Voters Avoid Falling Victim to "Deepfake" Deception?
ELECTION 2020What ID do I need to bring to the voting booth? Your voting questions answered in our FAQ
ATTRACTIONSWant to stay on top of what's coming to the theme parks? Our Attractions Insider newsletter delivers it to you each week 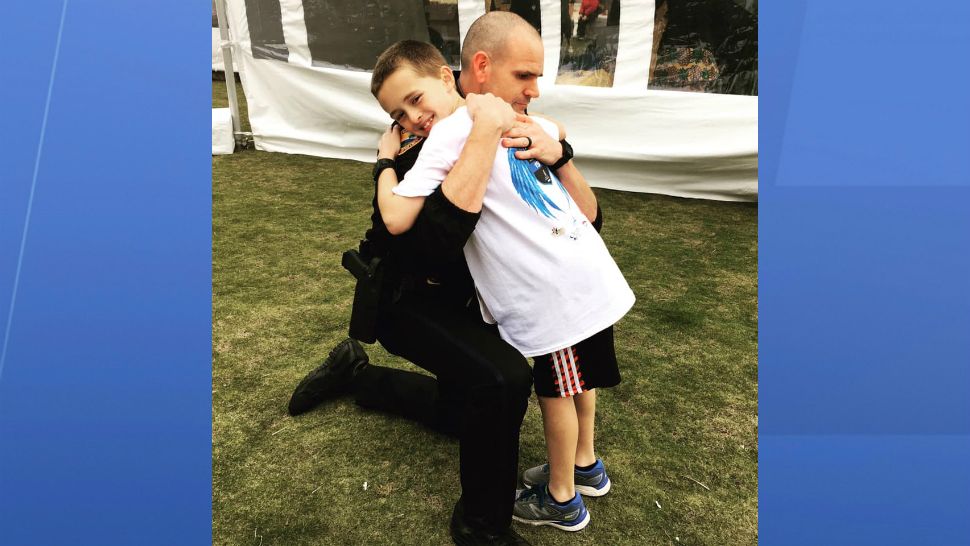 1 of 3
Zechariah Cartledge, 10, gets a hug from an officer during a recent run. He is often greeted by law enforcement officers who park their cars and flash their lights in support. (Courtesy of Cartledge family) 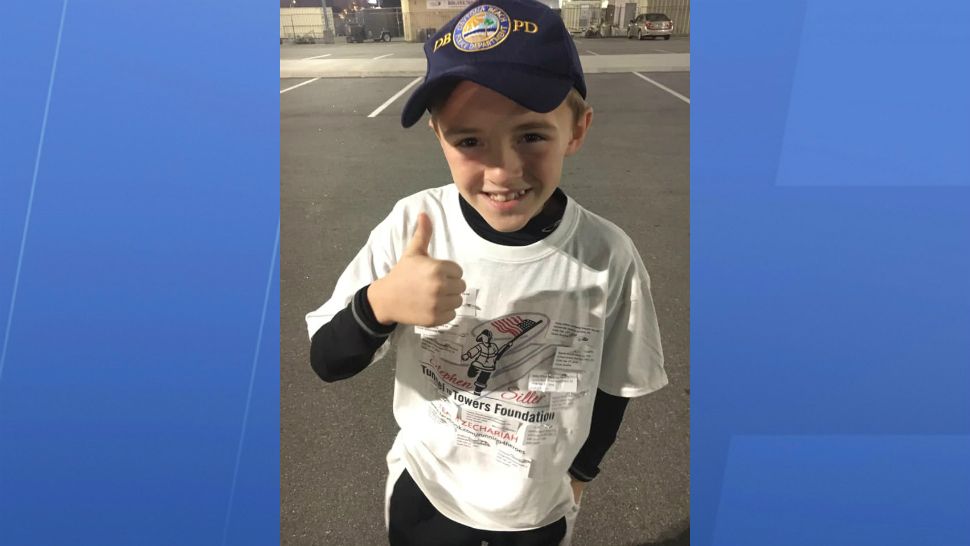 2 of 3
Zechariah Cartledge, 10, of Winter Springs is trying to run 144 miles this year — 1 for each officer who died in the line of duty last year. (Courtesy of Cartledge family) 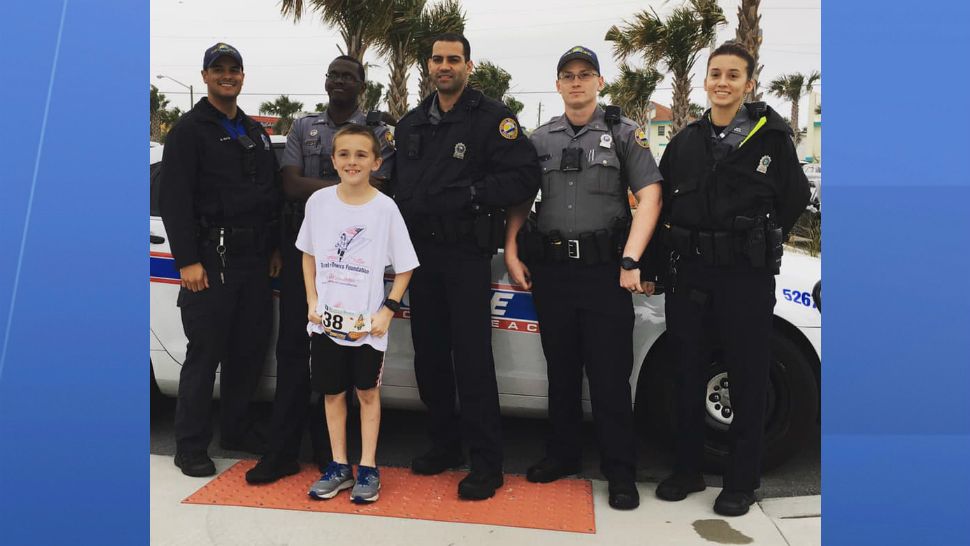 3 of 3
During his runs, Zechariah Cartledge, 10, is often greeted by law enforcement officers who park their cars and flash their lights in support. (Courtesy of Cartledge family)

WINTER SPRINGS, Fla. — Zechariah Cartledge isn't old enough to vote, drive, or even see a PG-13 movie, but the 10-year-old is raising money for fallen heroes in a pretty grown-up way.

Zechariah, of Winter Springs, is running 144 miles — one for each police officer who lost their life in the line of duty last year.

"They do so much for us, and they sacrifice their lives every day," Zechariah said. "This is the least I can do to give back to them, because they are truly amazing people."

Zechariah made a special shirt that he wears while running for the fallen officers. The flag he carries is also a tribute to the officers who have lost their life just this year.

His goal is to raise $15,000 this year so he can donate it to the Stephen Siller Tunnel to Towers Foundation, which raises money for injured service members and families of first responders who lost their lives in the line of duty.

When local police stations find out Zechariah is running through their area, officers will park their cars and flash their lights to support him.

Young Zechariah expects to run more than 150 miles this year. He has also decided to run for every officer who loses their life this year.

If you know somebody in your community that you think should be an Everyday Hero, nominate them at http://www.mynews13.com/everydayhero.