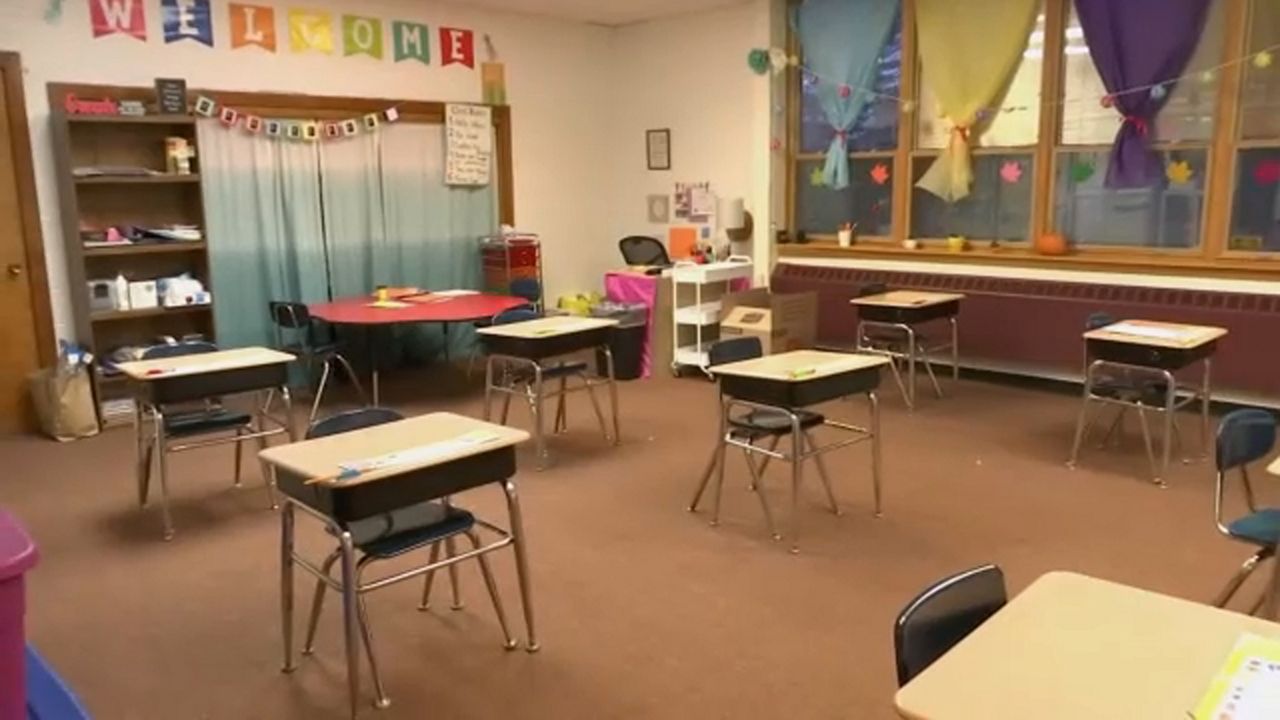 Chad Farnsworth was hired at the last school board meeting on February 9, but at Tuesday night's meeting, several people asked the board to instead hire their other finalist, school district attorney Serita Beamon. (File photo)

SEMINOLE COUNTY, Fla. — After hiring a new superintendent two weeks ago, the Seminole County School Board on Tuesday night voted to rescind the job offer.

Chad Farnsworth was hired at the last school board meeting on February 9, but at Tuesday night's meeting, several people asked the board to instead hire their other finalist, school district attorney Serita Beamon.

Ultimately only 21 made recommendations.

Uniserv Executive Director Chardo Richardson was on the search committee and was one of the 21 members who made a recommendation. All 21 supported Beamon, where as only 13 endorsed Farnsworth.

“She was recognized by the Florida Bar as one of the top leading experts,” Richardson details from his Altamonte office. “I believe she was top 56 in the state of Florida leading experts in public education law.”

During public comment Tuesday night, many pointed out the superintendent search committee gave Beamon more votes than Farnsworth. They argued she was the more qualified candidate.

"How can an applicant receive 21 yes votes from 21 superintendent search committee members, and was the only applicant that received a yes vote from each member," said one person during the public comment.

In Beamon's cover letter for the position, she admitted that she was an "unconventional" choice since she has never been a teacher.

"Some may consider my path to becoming your Superintendent an unconventional one — my path is the result of being a part of Seminole County Public Schools as a student, parent, district administrator and community member," she wrote.

Who will be the next SCPS Superintendent? Today I spoke to members of the search committee about the current two finalists. The district rescinded their initial 3-2 vote in favor of Chad Farnsworth and will now have a special board meeting March 1st. @MyNews13 pic.twitter.com/0Dglvc5w0I

Search Committee member and Seminole Education Association president Dan Smith says he was open to the idea of hiring Beamon even though she was never a teacher, but has served as the school district’s attorney since 2004.

Prior to joining the Seminole County school district, Beamon was an Associate Attorney from 2000-2004, and an Admissions Counselor for one year at Stetson University.

He began his teaching career in 2004, then moved up to assistant principal in 2010, and became the superintendent of Bradford County in 2012.

Smith said he appreciates Farnsworth’s education experience, but admitted he did have concerns.

“I know Seminole is different from Lake, certainly but I wasn’t really happy that he did put a Guardian program in place there,” Smith says. “In Seminole the last thing we need is more people with guns in here.”

The Guardian Program allows for armed personnel to be in place at school in the event of a school shooting.

Both Farnworth's resume and Beamon's cover letter were included in the school board's superintendent applicant page.

Farnsworth was sitting in the audience during Tuesday's meeting. Board members originally confirmed Farnsworth by a vote of 3 to 2, with the other two votes going to Beamon.

The school board voted 3 to 2 to rescind the offer and schedule a special meeting to decide who the superintendent will be.

That special school board meeting will take place on Monday evening from 5:30 p.m. to 7:30 p.m.

Lake County public schools officials told News 13 they would welcome Farnsworth back if he is not selected, however Beamon’s future is unclear. She resigned from her position a week ago, and as of now her last day with the district is April 20th.