Hundreds of the 38,000 full and part-time employees affected rallied for a raise on Thursday. It coincided with a nationwide day of action where hospitality workers addressed income inequality. 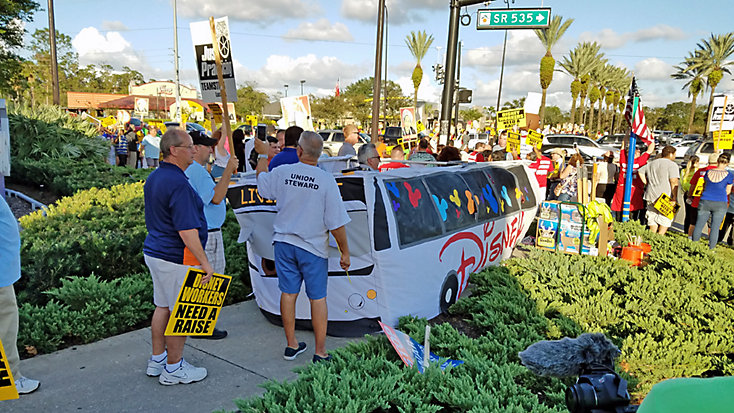 “Everyone hopes that Disney does the right thing. We all deserve this," said Walt Disney World cast member Susie Easton. (Cheryn Stone, staff)

Unions representing cast members want a gradual increase with the goal of eventually getting workers to $15 an hour. Many start at $10 an hour. 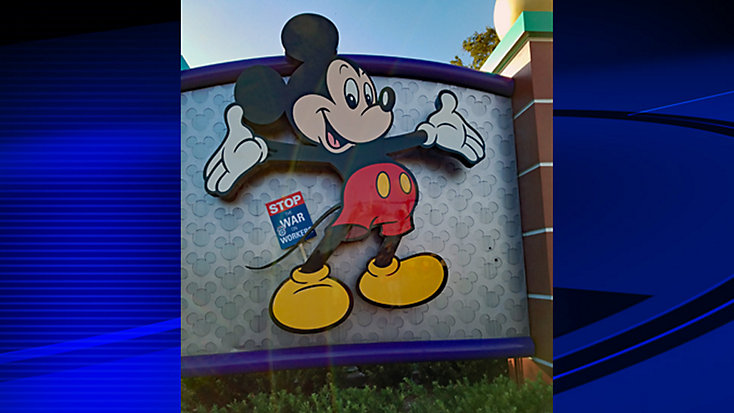 A picket sign that says "Stop the war on workers" is seen next to Mickey Mouse. (Cheryn Stone, staff)

“Everyone hopes that Disney does the right thing. We all deserve this. Every single worker at Disney deserves to be making more money by working for a company that makes billions and billions of dollars a year," Easton said at the rally Thursday.

The timeline for a raise is being debated as well.

Negotiations started in August. The contract expires Tuesday, Oct. 24. That is when unions of the Service Trades Council Union meet with Disney to see what happens next.