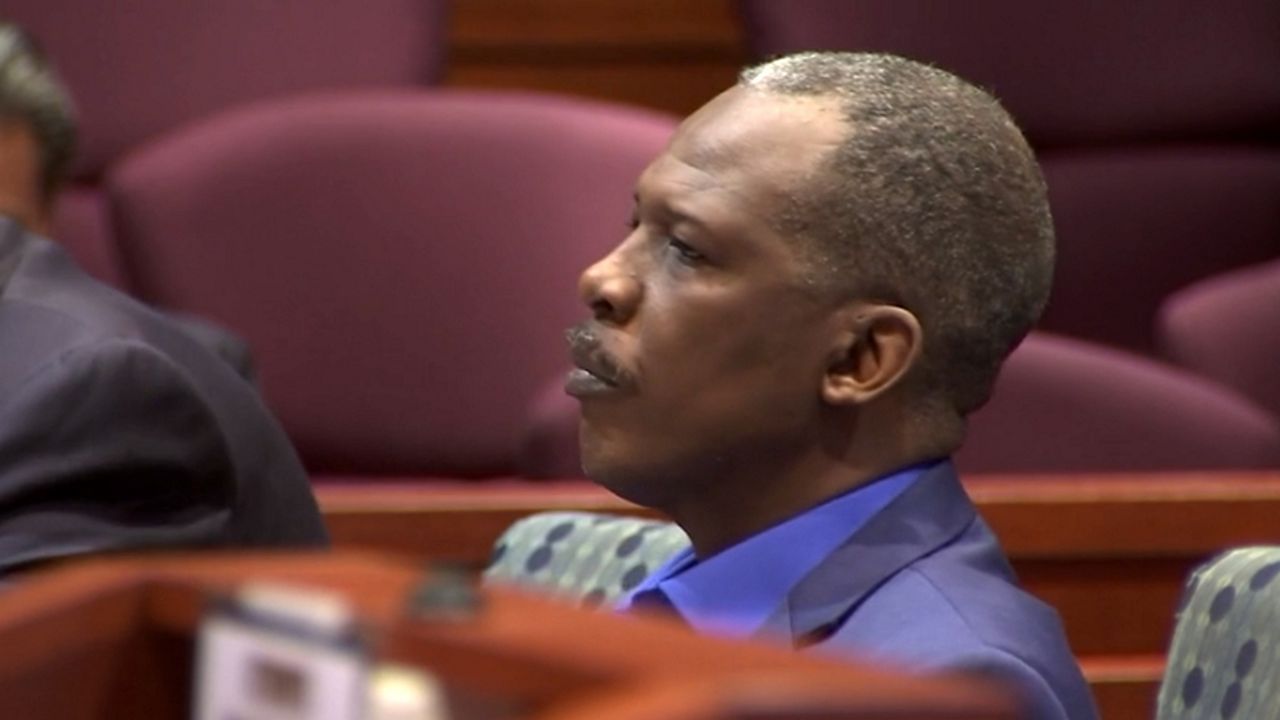 The jury will decide life in prison or the death penalty for convicted cop killer Everett Miller. The decision to recommend death must be unanimous. (File photo of Everett Miller)

KISSIMMEE, Fla. —  The penalty phase for the man who shot and killed two Kissimmee Police Department officers is underway as the jury will decide the fate of Everett Miller: Choosing between life in prison and death.

The penalty phase for the case is being held at the Osceola County Courthouse.

Miller was convicted of gunning down and killing Kissimmee Police Department Sgt. Sam Howard and officer Matthew Baxter on August 18, 2017. The incident launched a massive manhunt for Miller, who deputies tracked down in Kissimmee.

Wednesday, Devona Barnes was one of several witnesses who sat in front of jurors, hoping to help save Miller's life. Barnes said he had a good childhood, but things changed when he came back from serving as a marine.

The defense team tried to paint a picture for jurors. Dealing with PTSD and depression, facing financial stress after being laid off, and a recent breakup were all part of Miller’s downward spiral. Psychologist Dr. Steven Gold said Miller was having a hard time adjusting to civilian life.

“As his cousin mentioned he was feeling remorse for his involvement in killing people in the military so there were a lot of difficult circumstances and stressful circumstances that were weighing on him at the time,” Gold said.

The defense also showed jurors a video in which Miller was Baker Acted, a month prior to the fatal shootings, for walking up and down the street in his underwear and holding an assault rifle. Gold said  those with PTSD can face amnesia when it comes to emotionally charged events.

On Tuesday, Jurors heard from Sadia Baxter, the widow of slain Kissimmee Police Department Officer Matthew Baxter, who is now raising the girls without their father.

“'Mommy is my daddy dead?' I know she understands what death means,” Sadia said of one of her daughters. “I finally stirred up the courage to tell her 'Yes Zara, your daddy is dead, and he is in heaven.' Zara sadly said but we never knew my daddy Matthew.”

Sgt. Howard's stepfather Jeffrey Surren struggled to get through his statement without breaking down.

“On August 19, Sam was taken off organ support, and (his mom) lost her oldest son -- something a parent should never have to go through,” Surren said.

In another hearing last month, a judge denied the defense's request to add special language, words like "mercy" in for jurors.

In closing arguments, prosecutors argued fueled by his hatred for police, Miller wanted to make a statement with the killings.

The defense contended that the retired Marine changed after his service and the killings were done in the heat of the moment.

Now the jury will decide life in prison or the death penalty for Miller. The decision to recommend death must be unanimous.