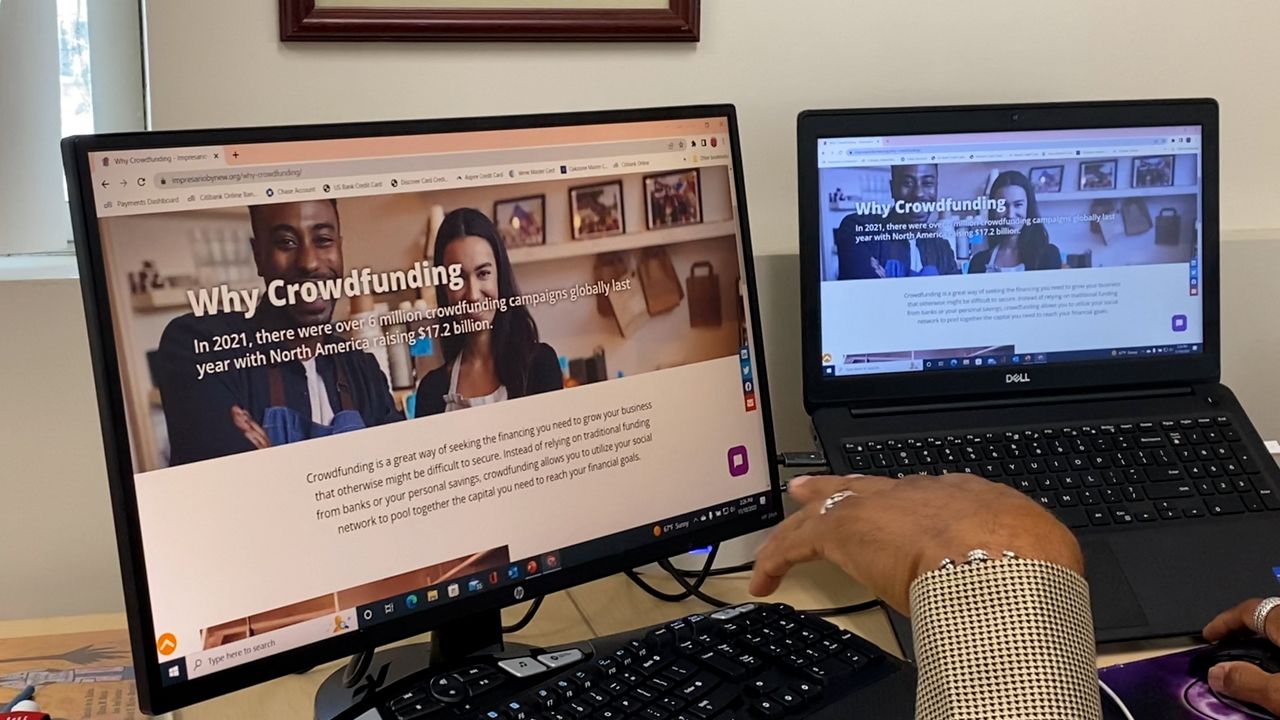 BELLFLOWER, Calif. — When it comes to learning mindfulness, business owner Yeni Hercules has tools within arm's reach. They’re called singing bowls, which promote relaxation as she prepares to lead a guided meditation for clients.

It’s one of several mental health and wellness services at her business, Yen Wellness.

"Breathe, that’s very important," she said. "We don’t breathe enough during the day, so I tell them, 'That’s the first step.'"

For Hercules, the path to wellness is personal. She once struggled with depression and anxiety after experiencing civil war in her home country of El Salvador. Hercules says she found healing in support groups, therapy and holistic treatments. Now, she wants to help others facing similar struggles.

“Tell people my testimony about what I went through, and yeah, you can live with it," she said. "You’re going to be OK."

Hercules launched Yen Wellness a few months ago, using money she and her husband saved up. Hercules says that in her experience, it was hard to get a loan as a new business without any clients. A recent study from the Stanford Latino Entrepreneurship Initiative showed only 20% of Latino-owned businesses who applied for national bank loans over $100,000 got funding, compared to 50% of white-owned businesses.

For small business owners, particularly in communities of color, getting capital from traditional banks can be challenging according to Quentin Strode, CEO of NEW Community Investments, which provides financial resources to minority communities, including micro-loans.

“Unless you are wealthy or have a wealthy uncle or something like that, that first capital that you get in communities of color normally isn’t available," he said. "So our target is that person who wants to raise $10,000 to $100,000."

Strode says his organization recently launched a crowdfunding platform called Impresario, providing an alternative to raising capital. It allows entrepreneurs from any community to leverage the power of their network to help fund their business. Business owners don’t have to pay the money back.

“If you have a following on Twitter or on Facebook, or if you’re just one of those people who are really popular and have a following, those are the people that you’re going to go to invest in you,” he said.

Business owners also get free training before they launch their crowdfunding campaign.

Hercules plans to expand her business next year and says she’ll likely use the crowdfunding platform and loans to help her do that.

“I want to give back to community and this is my passion," she said. "This is how I want to spend the rest of my life."