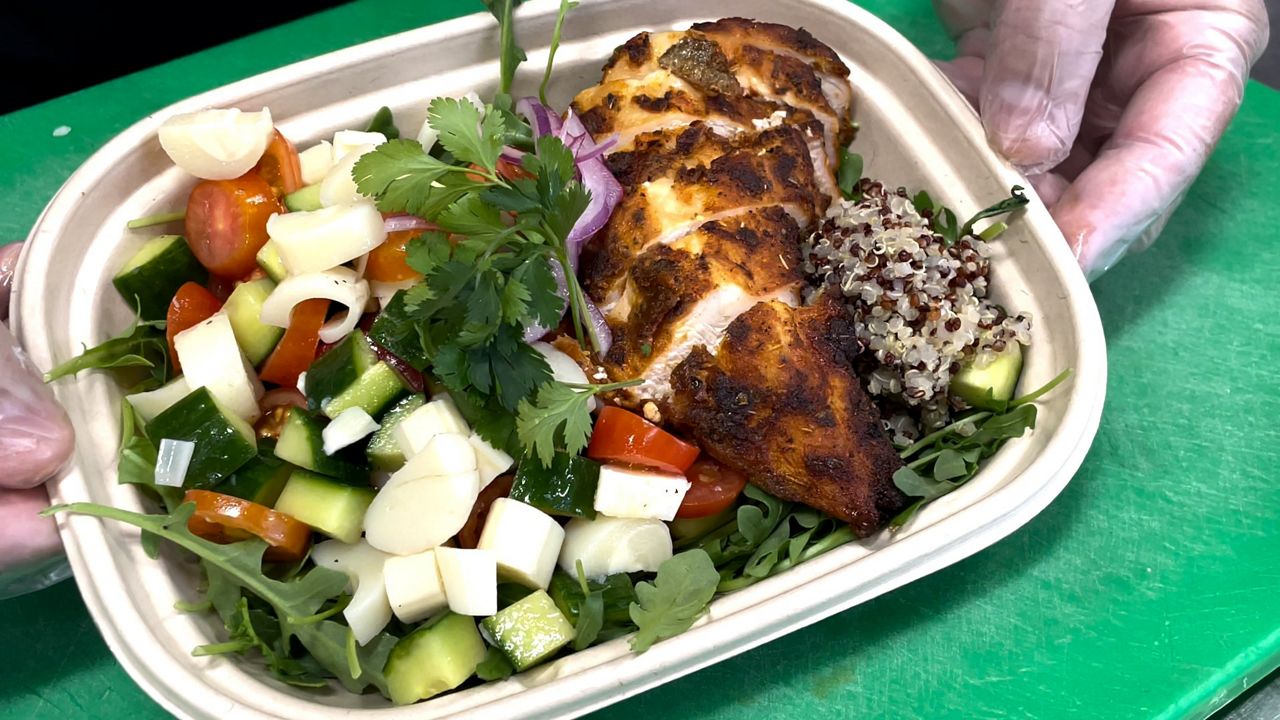 LOS ANGELES — Food and meal delivery programs are very popular in Los Angeles, but because of inflation, those programs are changing their operations just to continue as normal.

When he was growing up in the Philippines, Miko Lorenzo dreamed about becoming a chef. At just 4 years old, he started cooking for the family alongside his grandfather.

“We would have Sunday gatherings in the Philippines, and my grandfather and I used to cook in the back, like in our back kitchen, and I would step on a stool so I could reach the stove.”

When Lorenzo moved to the U.S. in 2009, he had a brief stint as a chef, and within a few years, he created a company called Vitabowl, a plant-forward meal delivery service operating in all of greater Los Angeles.

Even though the company is plant-forward, meaning they are mostly vegetarian, they still serve some meat for customers who ask for it. However, being low in meat does not make them immune to the effects of food inflation.

“Everything, everything to the cost of goods, for greens, even like these smaller containers,” Lorenzo said, pointing to a salad being made on the table. “Even potatoes, everything rose 18-20%.”

Lorenzo brainstormed with his head chef Jason Louks, who decided being flexible with the ingredients was their best bet to weather the storm.

It is difficult to pivot ingredients that fast.

“Placing an order of Brussels sprouts, or placing an order of asparagus, and not realizing they went up to $92 a case,” Louks said, “you have to constantly be checking prices and saying, yes, I do have to switch something.”

Lorenzo added the company has even changed how they cook and prepare the food.

Cutting costs, for example, on cooking time, labor, instead of going straight to a grill, or a griddle, it goes straight to the oven. So while all the cooking is happening, we can focus on other things at the same time.”

A particular savings they made was by switching all of their deliveries from day to the middle of the night. The move helps Vitabowl save on labor costs and cuts down on gas, since drivers do not have to battle traffic.

Spectrum News reached out to several meal delivery companies based in LA, and while not all of them wanted to appear on camera, they all said they're changing labor and deliveries schedules.

Some are even cutting out key ingredients altogether and creating new main dishes. That is because the U.S. inflation calculator reported that between May 2021 and May 2022, the cost of meat products has gone up 14.2%, while fruits and vegetables are up by 8.2%.

Experts said continued disruptions in the supply chain leftover from the pandemic, labor shortages, higher consumer demand and the war in Ukraine are causing inflation.