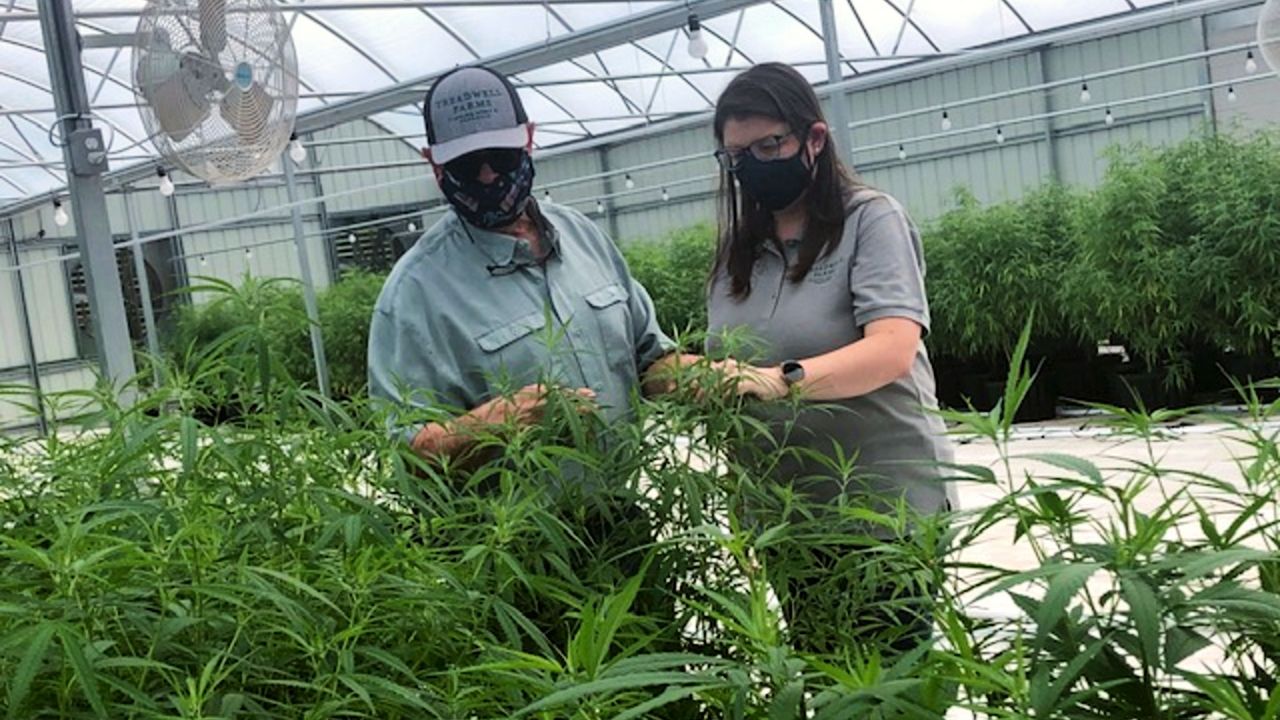 For This Family of Farmers, Hemp is Their Golden Ticket to the Future

EUSTIS, Fla. — For a family farming since the end of the Civil War, with roots in okra and foliage, the sea of green that spills from their Eustis greenhouse is their golden ticket to the future.

“I feel like everything that’s happened so far brought us to this point," said Jammie Treadwell, Co-Owner of Treadwell Farms. “If hemp creates an opportunity for us as a family to extend our heritage into a new crop, it creates that opportunity for other farmers.”

Florida farmers are seizing upon a new chance to grow in a blossoming industry, one year after milestone legislation.

"A lot of things we were seeing that were in the marketplace were mislabeling what was actually in them, say, they got 50 milligrams of CBD in them. They have five. We’ve been able to crack down on those bad actors," explained Fried of the program's importance.

Since the spring of 2020, the state’s given out to farms around 500 licenses to grow hemp, Fried said.

Lake County's Treadwell Farms was one of them, snatching up a license on May 1.

While Treadwell's office and processing — done in a former citrus processing facility — is in Umatilla, the family's hemp farm sits on 2.5 acres, with a potential to expand to 7 acres.

Inside the half-acre greenhouse, built this past January, water drips along a 230-foot cool wall; fans push the chilled air to keep rows and rows of plants comfortable.

Cultivating hemp is meticulous work for Jammie, as she follows in her father Glen Treadwell's footsteps — some days, quite literally walking behind the lifelong farmer to comb the rows and snip off parts from "mother" plants to create rooted cuttings, growing the next round of hemp.

“I see my Dad. I know this is his blood, sweat and tears," Treadwell said, looking around. “We’ve been working on this for years in order to be able to support the hemp industry where it sits today.”

Jammie means that. In years' past, the woman who calls herself a "fifth- or sixth-generation farmer" and passionate "steward of the land," visited all over the western U.S. in order to learn more about the crop.

She launched a hemp company in Oregon, staying for two years. She even journeyed to Israel to better understand how hemp grows and what hemp can be used for.

Future of the Hemp Industry

It's an industry brimming with potential, in both the lucrative sense for farmers and the state, and with regards to environmental impact.

“This gives our farmers an alternative crop in the state. I have been predicting a $20-$30-billion-dollar economic impact for our state," Commissioner Fried said. “Hemp is going to replace our plastics, our (Styrofoam)."

In September, it's harvest time for the resinous buds, from which oil is extracted to be used as a principal ingredient. The oil is not intended to get users high, but to help with stress management and inflammation reduction.​

“For many consumers we serve, CBD is something they take to live a better, more balanced life," she explained. “I have an auto-immune disorder, and it’s been helpful for me in managing that and keeping my body in balance so that I don’t flare."

Jammie said that the farm sees the first phase of production as focused on the CBD oil and other cannabinoid products.

But it's just "the tip of the iceberg," with Treadwell intent on training other farmers to cultivate and supporting a new Florida industry — and in turn, hoping farmers will bring their green goods to Treadwell one day to process.

“My hope for the future for hemp is that it’ll be similar to the way I grew up, in the foliage industry," Jammie said. "That we’ll see lots of mom-and-pop businesses alongside larger enterprises that are benefitting from the production of hemp and greenhouses like this.”