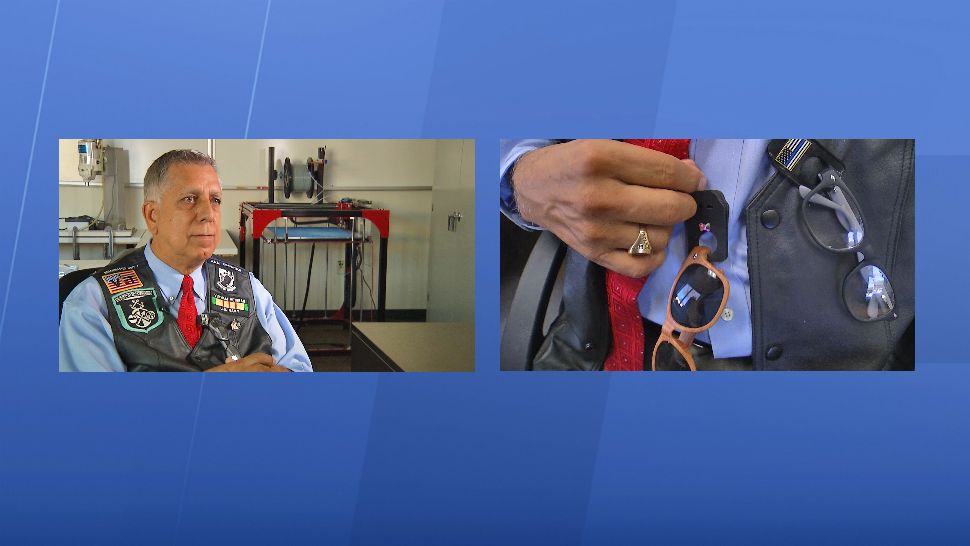 ORLANDO, Fla. — Those who have fought for our freedom can run into challenges when it comes to transitioning from the military to the civilian workforce.

However, through an entrepreneurship program, the University of Central Florida is helping veterans not only make a living, but also even run their own businesses.

After fighting in the Vietnam War, Rennie Rodriguez put his life on the line for dignitaries home and abroad as a Secret Service agent.

"You're always asking yourself as a Secret Service agent, 'what if, what if,'" said Rodriguez.

Keeping his eyes on everything meant potentially saving the lives of presidents and other dignitaries.

However, while protecting the king and queen of Spain in Puerto Rico, he says the sun became a major problem.

"There's a concern if that sun is going to throw a glare in your eye and if you have to tactically respond with a firearm you don't want to wind up hitting someone else," said Rodriguez.

Rodriguez realized he had left for his security detail without his sunglasses.

"Sunglasses were extremely important to us, so we had to have them at all times," said Rodriguez.

To prevent himself and others from making the same mistake, he invented an eyeglass holder that clips onto clothing, or even just to a shirt button.

He got a patent for his invention, but his business prospects were going nowhere fast.

"I didn't know what to do; I wasn't a business person," he explained.

But in the last few years, his business idea took off. His product, Rennie's Keeper Eyeglass Holder, is now in production and will soon be available on Amazon.

"I can't say enough about my particular mentor," said Rodriguez.

"A problem they may be facing, they'll come to us and ask the question and if we don't know the answer we'll make sure we put them in contact with someone who does," said Garcia.

And with his ingrained military determination, Rodriguez is well on his way towards make his idea a reality.

"They're the greatest people to go into business because once they get focused on doing something, then they go towards success of that particular mission," said Rodriguez.